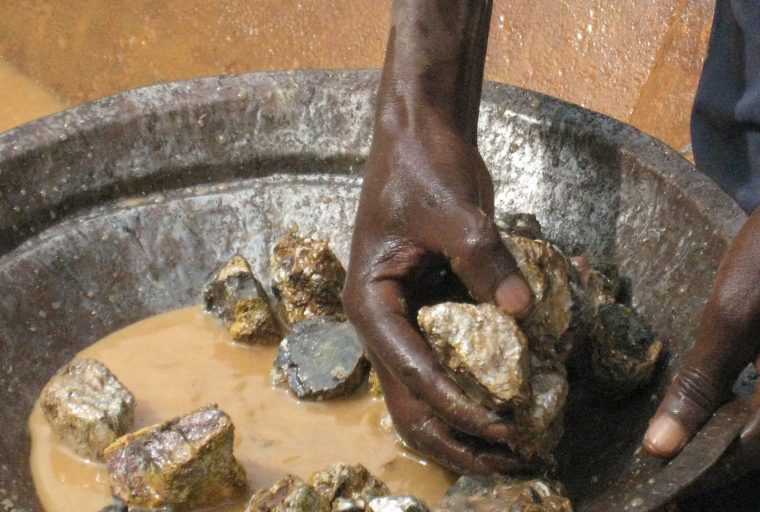 Lately, people have been talking an awful lot about bitcoin forks and how to claim them. One particular fork that took place on October 24 called, ‘bitcoin gold’ (BTG), has been a hot topic recently. As the network’s wallet and exchange support grows larger, people are trying to figure out ways to split their bitcoin (BTC), so they can obtain BTG to dump on exchanges, or hold for a while. Right now there are a few methods available for individuals to split their forked tokens.

Bitcoin Gold is a fork of bitcoin that took place on October 24. There are significant differences between the two cryptocurrencies. The BTG network has changed the consensus algorithm to a method called Equihash which allows GPUs to mine the token. Further, there are other contrasting features; like the currency’s address format which means BTC and BTGs cannot be mixed up or accidentally sent to the wrong type of address. Additionally, the project is controversial as the development team has mined a large quantity of BTGs prior to allowing the public access to the network. However, many people still want access to their BTG so they can either sell them or store them for a later day. Anyone who owns bitcoin prior to October 24 gets a 1:1 distribution of BTG.

One method people have been using to access their BTG tokens is by using, Coinomi, a mobile wallet that can be found in the Google Play store. Basically, a user can send bitcoins from their old wallet to a freshly created bitcoin wallet of their choice, and import the old wallet’s seed/key into Coinomi. Following these steps, all a person has to do is toggle BTG within the Coinomi client and claim the tokens that were derived from the old wallet’s seed.

Another method is using Trezor or a Ledger wallet’s splitting/claim tools. If you hold bitcoins on a Ledger or Trezor hardware wallet, the companies have created a splitting tool for your convenience. With a Trezor a user has to go to the hardware wallet’s beta software page and update their firmware to 1.6.0. This operation tells people to make sure their seed phrase is available just in case anything happens during the upgrade. If everything installs properly, then users are directed to the Trezor BTG claim page where they can choose either a Segwit account or Legacy account for the tool to scan. After a few minutes, the page will detail how many BTGs the wallet possesses, and it requires people to send them to a different address. Trezor provides an address for the hardware wallet itself, but you can add an exchange wallet address or another BTG address of your choice.

Ledger wallet’s BTG claim method is very similar to the Trezor method but uses Google’s Chrome extension as well. Users have to update their Chrome app to version 1.9.9 and also download the Ledger Wallet firmware version 1.3.1. After this is complete users also need to install the BTG wallet into the Ledger manager application and launch the wallet from there. At this point, you are directed to the claim/split tool section, and again you can choose a Segwit account or Legacy account to scan. After the sync is complete, Ledger users have full access to their BTG holdings and can do whatever they want with them.

There are a few more methods, guides, and tutorials people can research online. Users should make sure they follow all the directions given in these guides and feel comfortable with the process of updating firmware, restoring a seed, and so on. If the process makes you feel uneasy, then you should study the method more, or seek advice from a friend who is savvy with cryptocurrencies. Mistakes can be made, and you should understand the risks involved with splitting forked coins. At the moment there are a ***bunch of wallets that support BTG if you plan on storing the cryptocurrency. Alongside this, there are also a vast amount of exchanges available that have listed BTG if you plan to sell the forked tokens.

Have you split your bitcoin’s into BTGs? Do you know of another splitting process that is easier than the methods described above? Let us know what you think in the comments below.

*** Readers should be aware that fraudulent BTG wallets and other issues have been found within the bitcoin gold ecosystem. For more information on these subjects read here and here.

Disclaimer: Walkthrough editorials are intended for informational purposes only. There are multiple security risks and methods that are ultimately made by the decisions of the user. There are various steps mentioned in reviews and guides and some of them are optional. Neither Bitcoin.com nor the author is responsible for any losses, mistakes, skipped steps or security measures not taken, as the ultimate decision-making process to do any of these things is solely the reader’s responsibility. For good measure always cross-reference official guides with other walkthroughs found online.

Images via the Bitcoingold website, The Daily Dot, Trezor Blog, and Coinomi Wallet.

Do you agree with us that Bitcoin is the best invention since sliced bread? Thought so. That’s why we are building this online universe revolving around anything and everything Bitcoin. We have a forum. And a casino, a pool and real-time price statistics.

Ever since various token implementations were introduced to the Bitcoin Cash (BCH) network, the infrastructure has been significantly developed in… read more.

Over the years, it's become popular to claim that you are Satoshi Nakamoto even if you lack a shred of… read more.