Back in the early days, cryptocurrency enthusiasts used to laugh at the thought of a stable cryptocurrency pegged to a specific fiat currency like the US dollar. Although nowadays things have changed and the digital currency tether (USDT) captures more cryptocurrency trade volume than most of the leading nation-state issued fiat currencies like the USD and JPY. Moreover, the past year or so more ‘stablecoins’ have been entering the crypto-economy, and some individuals think stablecoins are necessary elements for the future of this technology.

‘Stablecoins’ — whether you hate them or love them they have become extremely popular over the last two years, and tether (USDT) a digital currency that’s issued over the Omni Layer protocol has become a puzzling phenomenon. Asset­-pegged cryptocurrencies started being heavily discussed and written about in 2012 in J.R. Willet’s Mastercoin white paper, and around 2014 the concept really started gaining steam. There have been many attempts to create stable coins that failed miserably at pegging. The cryptocurrency, nubits (USNBT), was supposed to stay valued at one US dollar. Nubits stuck to around a dollar since it launched up until June 9, 2016, and then sunk below that point until September 6, 2016. Again the currency kept stable for a while all the way until March 21, and it hasn’t been able to keep the 1:1 ratio ever since then.

Tether the King of All Crypto-Dollars

In November of 2014, Reeve Collins revealed the project ‘Tether’ a blockchain based coin that’s issued using the Bitcoin Core (BTC) network utilizing the Omni Layer protocol. The Omni network can grant and revoke tokens created by metadata embedded in the BTC chain and the project’s prodigal son is USDT. Every USDT issued is allegedly backed by one US dollar and the creators claim all the funds are held in reserves by Tether Limited’s bank. This particular claim is extremely controversial and USDT has been the center of a lot of attention.

Nevertheless, tethers have been consistently stable ever since its price was first recorded on Coinmarketcap in February of 2015. The use of tether has become a popular vehicle for traders looking for a safe haven during bear markets. Tether makes it easier for traders to not have to convert back and forth into fiat and USDT is used by lots of popular trading platforms. Exchanges who use USDT include Binance, Poloniex, Bitfinex, Okex, Huobi, Hitbtc, Bittrex, ZB.com, Bitforex, Fcoin, and there are many more. Because a lot of cryptocurrency prices have been floundering, tether has managed to make its way into the top ten digital currency market capitalizations as USDT is now in the ninth position.

Another interesting stablecoin that has remained fairly consistent so far is the digital currency dai, a token created using the Maker Dao. The Maker Dao is a protocol that’s built on the Ethereum network and essentially it uses the dollar conversion rate when it locks up tokens autonomously. Essentially a user deposits a blockchain-based asset as collateral which then, in turn, creates stable dai tokens. Since dai tokens were first recorded on Coinmarketcap’s (CMC) historical index on December 27, 2017, the price has remained stable between $0.99 and $1.02 per coin. Dai tokens are not as popular as Tether (USDT), and the platform is relatively new. However the Maker Dao and dai tokens are being regularly traded on decentralized exchanges (DEX), and other token trading platforms like Bancor, Radar Relay, and Ethfinex. Dai is used by these exchanges, and by the general public, for borrowing and leverage opportunities because the currency’s price remains valued at $1 USD consistently.

Then there’s the stablecoin called ‘trueusd’ — a coin that’s issued by the Trust Token Asset Tokenization Platform. The creators of trueusd (TUSD) claim that each token is backed by collateralized USD assets dispersed over various escrow accounts within the Ethereum-based Trust Token Platform. So much like tether (USDT) the trueusd tokens are said to be backed 1:1 with the US dollar, and at the moment the currency has a $60M market valuation. Exchanges have started using trueusd for stablecoin pairs much like how tether is used these days. Just recently the Indian exchange Zebpay announced using trueusd and the trading platforms Bittrex, and Binance also have listed the coin. Trueusd was first listed on CMC’s historical data on March 6, 2018, and the token has also remained stable between $0.99 and $1.01 per TUSD.

The three stablecoins mentioned above are probably the most popular so far, and each one has seen significant adoption. The controversial tether (USDT) is the reigning champion of stable assets today. However, there are a slew of other stablecoins that are making their way into the crypto-economy, or plan on joining in the near future.

A stablecoin called kowala (KUSD) has recently partnered with the hardware wallet firm Ledger. Ledger devices will be able to send, receive, and store KUSD. Another stablecoin in the works is called NUSD, which is an EOS blockchain-based asset that was built by the Havven development team. Following that project is a smart contract platform that plans to collateralize its tokens called Usdvault (USDVAULT), with gold bullion that’s professed to be housed in Swiss vaults. The Vault creators claim the stable coin will be based off a 1:1 USD price ratio, but the asset’s 1:1 value is essentially backed by the precious metals located in Switzerland. Further not too long ago the unicorn cryptocurrency company Circle Invest explained it is working on a stablecoin as well that will be tied to the value of US dollars.

It seems that even though some of these coins are controversial, and people need to put trust in the claims that the assets are truly backed by a certain collateralized asset, so far they still continue to grow very popular. Of course, the main concern will always be whether or not these stable currencies are truly pegged to real US dollars, and if they’re not and they are based on the price ratio, can they hold the 1:1 values over time.

What do you think about stable coins like tether, dai, trueusd? Do you think this concept will continue to be popular in the cryptocurrency universe? Let us know what you think in the comment section below.

Disclaimer: Bitcoin.com does not endorse nor support these products/services.
Readers should do their own due diligence before taking any actions related to the mentioned companies or any of its affiliates or services. Bitcoin.com is not responsible, directly or indirectly, for any damage or loss caused or alleged to be caused by or in connection with the use of or reliance on any content, goods or services mentioned in this article. 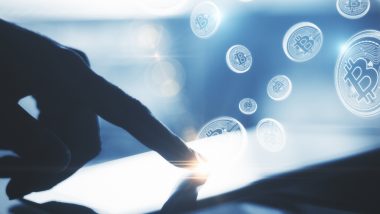 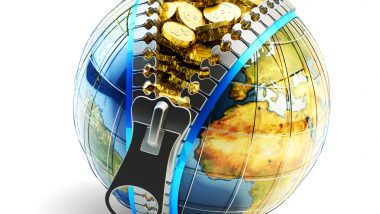