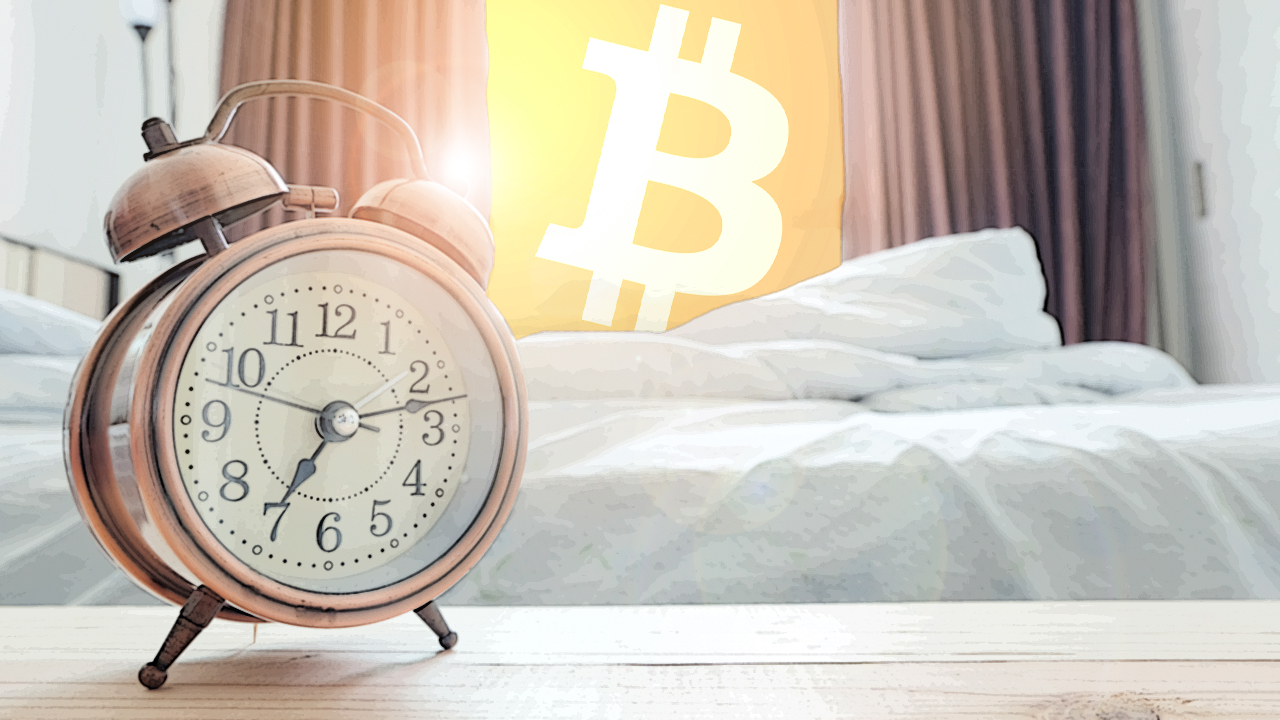 Another 2010 block reward was spent on Wednesday morning (ET) adding to the great number of ‘Satoshi era’ or so-called ‘sleeping bitcoins’ waking up in 2020. The block reward with 50 bitcoins was created on November 11, 2010, and transferred in block 652,669 after ten years.

During the last few weeks, news.Bitcoin.com has been leveraging multiple tools to crawl the BTC blockchain, in order to research a great number of old coins that have moved this year. The term ‘Satoshi era’ refers to the period when Satoshi Nakamoto, Bitcoin’s inventor, was still participating with the community, until he/she/they left in December 2010.

A great number of block rewards from this era have sat dormant for over a decade and blockchain researchers also refer to these coins as ‘zombie’ or ‘sleeping’ bitcoins. It is estimated that there are anywhere between 1.5 to 1.8 million BTC ($20B) that are considered ‘sleeping’ bitcoins from the Satoshi era. However, in 2020, a great number of these coins have been moving randomly and some of them in waves.

Our newsdesk discovered the first wave of 21 block rewards that were moved on March 11, the day before the infamous ‘Black Thursday’ March 12, 2020. ‘Black Thursday’ is referred to in this way because global markets; stocks, oil, bonds, including safe-haven assets like gold and digital currency markets lost considerable value. The 2010 block reward move in March saw 1,050 BTC transferred, alongside the corresponding BCH and BSV. Then precisely 151 days later, another 21 block rewards were moved on October 11 and the corresponding BCH was spent as well.

Three days later, another 2010 block reward that was created on November 11, 2010, was transferred on Wednesday morning. The action was caught by Btcparser.com just after a block from October 2016 was spent. Statistics from Blockchair show the owner only moved the bitcoin (BTC), and the BCH and BSV still remain.

The stash moved was an original 2010 coinbase reward of approximately 50 BTC or ($570k+ using today’s exchange rates) and it was spent in block 652,669. Blockchair’s Privacy-o-Meter shows that privacy was high and the website gives the transaction an 85 score out of 100. For instance, the hash ID shows no output of the same type as inputs and a rare fingerprint.

The 2010 block reward of 50 BTC was split into three wallets and one wallet still shows 7.348 BTC unspent. The group of 21 block rewards from 2010 spent on October 11, also show that privacy was taken into consideration at that time. The person didn’t just simply transfer the 21 blocks worth of coins, as these transactions were all collected on a single P2SH address and later split within multiple BECH32 addresses. It was also discovered that 9.9999 BTC ($112,000+) was sent to the Free Software Foundation (FSF) based in Boston. Another 9.9999 BTC ($112,000+) from this 2010 spending wave was sent to the American Institute for Economic Research (AIER) as well.

We don’t know why so-called ‘sleeping bitcoins’ from 2010 have been waking up this year in greater numbers, but there’s been more historical spends in 2019 and 2020 than in 2018. The price change may have something to do with it, as 2018 prices were far lower than in 2017 and the last two years as well. Before the March 11, 21-block spend there were only two other historical block rewards spent, besides the famous February 2009 reward moved at block height 627,404 on May 20, 2020.

The span of time would be from July to November 2010, with zero blocks stemming from December 2010 the month Satoshi left. The last time coinbase rewards from the month of December 2010 were spent, was a month prior to November’s set of consecutive 2019 spends. All of the spends can be seen visually as well by leveraging The (Not) Satoshi’s Bags Tracker

The block reward spent on October 14, 2020, from November 11, 2010, alongside the consecutive lines of 2010 spends three days ago, the ones from mid-March, and the November 2019 spends could be considered the same miner. One could lazily assume the coins stem from Satoshi, but everyone knows there were quite a bit of bitcoin miners between July 2010 up until he left.

This period in time saw Jed McCaleb invoke Mt Gox and the first public OpenCL miner was introduced. Most of the 2010 coins spent in recent days were also born before the infamous block 74,638 bug. To add to the fact, by that same time period in 2010 there were many miners mining bitcoins, was the original creation of the first mining pool dubbed “Slush Pool” in November of that year.

What do you think about the recent 2010 block reward spends? Let us know what you think in the comments section below.