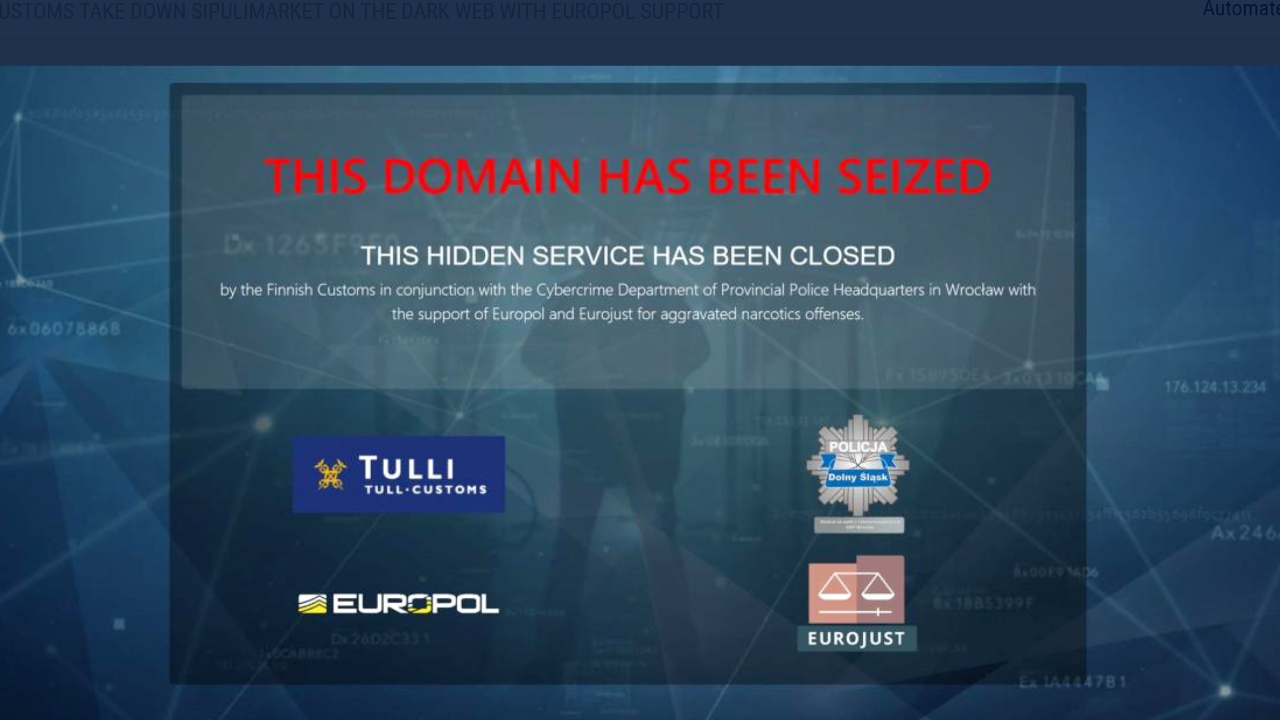 A major darknet marketplace, Sipulimarket, has been shut down and its assets, including bitcoin, were seized by Finnish Customs, in cooperation with Europol and the Polish police.

Europol and Finnish Customs (Tulli) announced last week that they “have shut down the Sipulimarket dark web marketplace and seized all its content.” The operation was in close cooperation with the Polish Provincial Police Headquarters in Wroclaw (Komenda Wojewódzka Policji we Wroclawiu), Europol’s European Cybercrime Centre (EC3), and Eurojust.

The website now displays a “This domain has been seized” message that reads: “This hidden service has been closed by the Finnish Customs in conjunction with the Cybercrime Department of Provincial Police Headquarters in Wroclaw with the support of Europol and Eurojust for aggregated narcotics offenses.”

The authority described that the Sipulimarket webserver was operational in the Tor network since 2019. The marketplace sold “Significant amounts of narcotics and other illicit goods,” the announcement adds, noting that Sipulimarket was the only actual Finnish-language trade site selling narcotics in the Tor network after the trade site Silkkitie (Valhalla) was closed down by Finnish Customs in the spring of 2019.

The amount of bitcoin seized was not disclosed. The announcement concludes: “The preliminary investigation of the case is still underway. At this stage, Finnish Customs and the international cooperation partners will not provide any more information on the matter.”

What do you think about the authorities seizing Sipulimarket? Let us know in the comments section below.