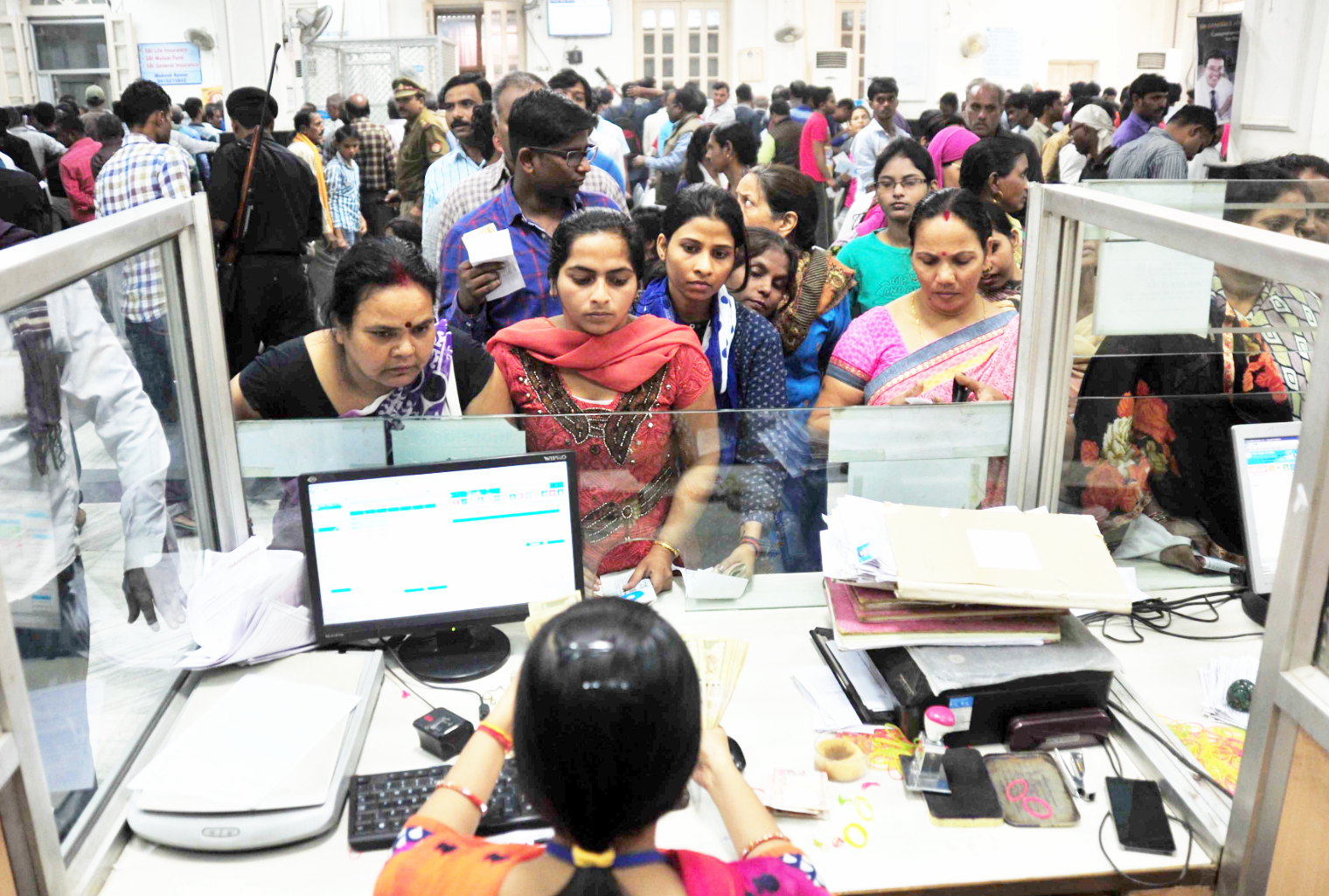 The Indian banking sector is facing multiple challenges. Customers of several cooperative banks are still struggling to withdraw their money, and deaths have been reported in connection with withdrawal restrictions. Meanwhile, some 300,000 state-run bank employees are on strike against what the bank unions call “cold-blooded murder of six banks.”

Customers of Mumbai-based Punjab and Maharashtra Cooperative (PMC) Bank, which has 137 branches in six states, are still struggling to withdraw their money. It has been almost a month since the central bank, the Reserve Bank of India (RBI), first placed regulatory restrictions on the bank, but depositors say their troubles have only worsened, PTI reported Monday.

According to CNN-News18, RBI officials met a delegation of PMC Bank customers, 100 of whom protested outside of central bank’s headquarters Sunday. “We gave them an ultimatum till October 30. None of us will celebrate Diwali,” a depositor told the news channel. However, RBI Governor Shaktikanta Das is currently abroad and is not available to address the issue. Moneycontrol elaborated:

The delegation also demanded Rs 25 lakh [~$35,245] as compensation for the kin of those who have died due to the PMC crisis.

The situation has become so tense that several depositors reportedly died. Murlidhar Dharra, an 83-year-old PMC Bank customer, died on Friday. His family claims they could not raise money for his heart surgery due to the withdrawal restriction. Two PMC Bank customers died of a heart attack, and one allegedly committed suicide.

Even though the RBI has raised the withdrawal limit to 40,000 rupees and Lok Sabha member Kirit Somaiya tweeted Wednesday that “needy” PMC Bank customers can apply to withdraw an additional 50,000 rupees, depositors say it is still not enough to live on for six months and demand all of their money back. They are struggling to pay essentials such as school fees for their children, medical expenses, employees’ salaries, taxes, and electricity bills, as their checks have bounced. Meanwhile, the fraud probe into PMC Bank has deepened.

A Public Interest Litigation (PIL) was filed in the Indian supreme court last week challenging the RBI circulars restricting withdrawals at cooperative banks. The petition sought directions to protect the interests of around 15 lakh (1.5 million) PMC Bank customers whose money is blocked due to the alleged scam.

However, the court refused to entertain the petition. “We are not inclined to entertain this petition under Article 32 (writ jurisdiction). Petitioner can approach the high court concerned for appropriate relief,” NDTV reported the supreme court judges as saying. Other Banks With Similar Restrictions

Besides PMC Bank, there are several other cooperative banks that have been placed under similar regulatory restrictions by the central bank. Customers of Pune-based Shivajirao Bhosale Sahakari Bank have been stuck with a 1,000 rupee withdrawal limit since May.

The Times of India reported last week that the customers of this bank “held a demonstration outside the bank on Monday, [and] complained of step-motherly treatment because Shivajirao Bhosale Bank has just 1.3 lakh depositors compared to PMC Bank’s 8 lakh customer base,” adding:

Unlike the Mumbai-based bank which got an administrator immediately, the Pune-headquartered cooperative saw its operations being taken five months after RBI placed restrictions.

Finance Minister Nirmala Sitharaman also talked to the RBI governor on behalf of PMC Bank customers. Some Shivajirao Bhosale Sahakari Bank customers are even having difficulty withdrawing the allowed 1,000 rupees. Vivek Bhatia, a 59-year-old tailor from Pune, told the news outlet that he has been unable to withdraw any amount from his Rs 18.5 lakh life savings because the bank is non-operational, the publication conveyed. On top of all the problems caused by RBI restrictions, a large number of bank employees in multiple cities went on strike on Tuesday against the government’s plans to consolidate the sector through mergers. Prime Minister Narendra Modi’s government has vowed to cut the total number of state-owned banks from 27 to 12, Reuters detailed, noting that 10 of the banks will be merged into four.

State-owned banks account for almost two-thirds of the countries’ banking assets and much of the banking sector’s nearly $150 billion of stressed loans. According to the news outlet, nearly 300,000 employees of Indian state-run banks stayed home from work across the country and took part in protest marches. Services such as cash deposits, withdrawals, cheque clearances, and ATM operations were all affected. PTI reported the number of bank workers on strike as high as 4 lakh (400,000).

“Government may call it a merger but, in reality, it is cold-blooded murder of six banks,” according to a release by the bank unions. All India Bank Employees Association (AIBEA), the oldest and largest national trade union center of bank employees in the country, was quoted by The Economic Times as saying:

In this process (a merger of 10 of the banks) the government is likely to close around 5,000 bank branches to enable small finance banks from the private sector to occupy the space and thus is privatizing banking business.

Meanwhile, Nobel laureate Abhijit Banerjee urged Prime Minister Modi to reduce the government’s stake in state-run banks to below 50% during a meeting with him on Tuesday. The Massachusetts Institute of Technology professor shared the 2019 Nobel Memorial Prize in Economic Sciences with his wife, Esther Duflo, and Michael Kremer for their experimental approach to alleviating global poverty.

“The current banking crisis is frightening and we should worry about it a lot because we see a repeated pattern,” he told the media on Tuesday. “We should be vigilant about this. I think we need important and aggressive changes.”

What do you think of the Indian banking sector’s situation? Let us know in the comments section below.

Images courtesy of Bloomberg, Business Today and The Economic Times.