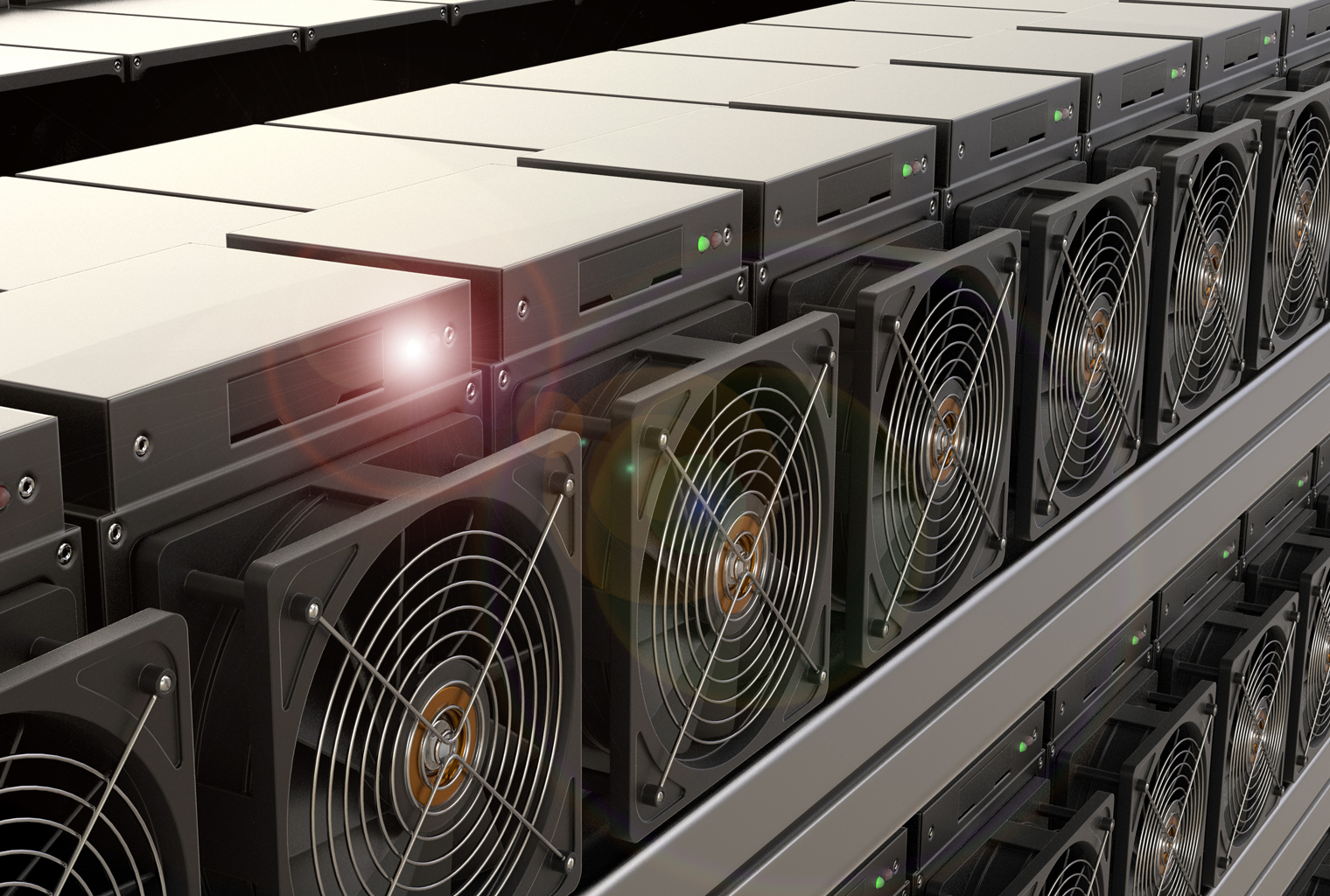 A decade ago when Satoshi Nakamoto unleashed the Bitcoin network, the security behind the protocol was guarded by only a few miners. These days, mining the SHA-256 algorithm has become a thriving industry that hasn’t stopped growing.

Every waking second of the day, bitcoin miners are crunching numbers, humming away in facilities that few people who use the network have ever seen. Miners from large facilities who form giant pools stem from a variety of provinces around the world. In the early days up until 2010, individuals mined bitcoin with a central processing unit (CPU). This was until people like Laszlo Hanyecz, the man who traded 10,000 BTC for two pizzas, and Artforz mined the cryptocurrency with a graphics processing unit (GPU). Artforz was an anonymous individual but became the talk of the bitcoin community during the early days after he created the first “farm” of GPU miners. In July 2010, Artforz said he had about 4% of the global hashrate at the time, mining 1,700 coins in six days. Less than three months later, people claimed the anonymous individual’s “Artfarm” controlled between 20-30% of the network hashrate.

A year before Artforz fired up his GPU farm to mine bitcoin, Satoshi Nakamoto asked the community to slow down on the mining arms race in December 2009. “We should have a gentleman’s agreement to postpone the GPU arms race as long as we can for the good of the network. It’s much easier to get new users up to speed if they don’t have to worry about GPU drivers and compatibility. It’s nice how anyone with just a CPU can compete fairly equally right now,” Nakamoto said at the time. The GPU arms race sparked the creation of the first mining pools in November 2010, when Marek Palatinus, otherwise known as “Slush,” formed a pool (Slushpool) because “mining became very hard for other people” after GPU enabled computers entered the fray. With mining pools, a collective of individual miners sharing profits became all the rage, and the summer of 2011 saw the inception of field-programmable gate arrays (FPGAs).

As soon as FPGAs were created, many bitcoiners knew application-specific integrated circuits (abbreviated as ASIC) were on the way very soon. Unlike the machines used in the past, ASICs are integrated circuits that have one specific job, which is to mine the SHA-256 algorithm. ASICs and pools quickly turned bitcoin mining into an industry and hobbyist miners began to contribute less over the next few years. Moreover, mining bitcoin without an ASIC became unprofitable and the CPU, GPU and FPGA days quickly came to an end in 2013. Roughly around this time, Avalon released its first set of ASICs and bitcoiners witnessed the birth of companies like Bitmain, Kncminer, Hashfast, Bitfury, Cointerra, and Butterfly Labs (BFL). From here the mining ecosystem went into overdrive and digital currency fans saw giant mining pools like Ghash.io and Btcguild gathering 51% of BTC network’s mining power. Many of the mining manufacturers are now bankrupt but some companies like Bitmain, Bitfury, and Slushpool have remained relevant over the years.

The Exahash Era, SHA256 Between Two Chains and Pool Distribution

The BTC network’s hashrate did not surpass 1 exahash per second (EH/s) until January 25, 2016. A year later, after August 1, 2017, well known and unknown mining pools processed both BTC and BCH transactions that summer and still do to this day. In mid-November, during the crypto bull run of 2017, the BTC network processed 10.8 EH/s, while the BCH network was around 5 EH/s. Interestingly, when markets plummeted downward in 2018, SHA-256 hashrates continued to climb, seeing little downward pressure. This was the highest profile split in history where two chains with the same algorithms saw large mining pools jump back and forth between chains depending on profitability. Moreover, on November 15, 2018, when the BCH/BSV split occurred, miners from the BTC network stepped in during the hashwar. Additionally, after the BSV fork, both BTC and BCH chains saw a considerable drop in hashrate and price per coin. Both chains have been gradually increasing in value and gathering far more processing power in 2019.

Currently, between BTC and BCH, there’s a whopping 75-80 EH/s processing both chains, with 75 EH/s on BTC and 2.24 on the BCH network today. There’s no doubt 80 EH/s is a monumental milestone for the BTC network and the metric is steadily approaching 100 EH/s, which would be 20% of one zetahash. One zetahash per second (ZH/s) is an unfathomable 1,000,000,000,000,000,000,000 (one sextillion) hashes per second. After the November 2018 hashwar, the 4-5 EH/s of processing power split into two (BCH and BSV) and both chains saw a low of under 1 EH/s. The BCH chain has gradually seen an increase of hashpower and has gathered over 2 EH/s in recent months.

During the second year of the nascent BTC network, the processing power was only around 10,000,000,000,000 (ten trillion) hashes per second (10 TH/s). Because the tech has improved a great deal, a single mining rig can produce over 10 TH/s these days. After the second year anniversary of the split in 2017, the BCH hashrate is thousands of times larger with the network’s maintained two quintillion hashes per second. The BCH chain has roughly 14-15 known miners and around 29% of the overall hashrate from unknown pools. There are 12 known miners processing BTC transactions at the moment and 14% of the mining power is controlled by unknown miners as well. Additionally, six well-known BTC mining pools also mine the BCH chain as there’s sustained hash dedicated to both networks at all times. The four largest BCH mining pools are Btc.com, Antpool, Poolin, and Bitcoin.com. Btc.com is also the biggest pool mining on the BTC network followed by F2pool, Antpool, and Poolin.

In December 2018, during the crypto winter’s lowest of lows, only five SHA-256 mining rigs were profitable at the time. At an average electricity cost of $0.13 per kWh, machines that produced more than 28 TH/s profited at only $0.27 to $1.39 per day depending on the model. Now more than 40 mining devices on the market are profitable at 13 cents per kWh based on electric costs at current exchange rates. The top mining rigs profiting the most include a device by Microbt Whatsminer, and three models by Bitmain. The Microbt Whatsminer M20S (70TH/s) is profiting by $10.49 per day and the three newly manufactured Antminer S17 series (50-56 TH/s) can make a touch above $9 a day. Top mining manufacturers in the second half of 2019 include firms like Bitmain, Canaan, Ebang, Innosilicon, Strongu, and Microbt.

It will be interesting to see how the mining industry develops over the next 10 years. There’s a lot of money and electricity being used to mine SHA-256 coins and it doesn’t look like it will be slowing down anytime soon. Many of the aforementioned mining chip manufacturers above have made massive amounts of money and have become some of the largest IT companies in the world. Because of this, large mining firms like Canaan and Bitmain have filed for an initial public offering (IPO) in the U.S. Last December, the mining equipment maker Ebang filed a draft IPO prospectus with the Hong Kong Stock Exchange (HKEX).

Mining has also bolstered the International Technology Roadmap for Semiconductors by introducing machines that utilize the 7 nanometer (7nm) node design. Production of 256 Mbit SRAM semiconductors using a 7nm process started in 2017 in Taiwan. China-based mining manufacturers have deployed a variety of newer mining devices that use next-generation 7nm semiconductors. Bitmain has released more than five different miners in 2019 with 7nm chipsets stemming from the Taiwan Semiconductor Manufacturing Company (TSMC). Local reports in China have revealed that Bitmain recently placed an order for “30,000 7nm wafers from TSMC.”

The Taiwan-based foundry also reportedly expanded capacity for 7nm wafers due to large orders from IT companies like Bitmain. SHA-256 mining rigs using the 7nm technology are producing hashrates between 30-70+ TH/s according to 2019 device specifications. If mining continues to be popular and there’s enough demand to improve the mining process and industry, spectators will see much faster machines in the next few years. For instance, TSMC has already announced a 6-nanometer (N6) process is in the works and the tech is scheduled for risk production in Q1 2020.

For now, the SHA-256 mining industry remains a lucrative business even though there’s been a number of failed operations along the way. The ecosystem has grown mature since the days of Butterfly Labs, Cointerra, and Hashfast. Instead of hearing about individuals commanding a lot of hashrate like Artforz, you now hear about giant size pools racing to find newly minted coins. It’s safe to say that the industry will continue to move at a breakneck pace and even the largest pools will have to remain vigilant in order to stay relevant.

Disclaimer: Readers should do their own due diligence before taking any actions related to the mentioned software, companies, mining manufacturers, mining devices, pools, and any of their affiliates. Bitcoin.com or the author is not responsible, directly or indirectly, for any damage or loss caused or alleged to be caused by or in connection with the use of or reliance on any content, company, software or service mentioned in this article. This editorial review is for informational purposes only.

Did you know you can earn BTC and BCH through Bitcoin Mining? If you already own hardware, connect it to our powerful Bitcoin mining pool. If not, you can easily get started through one of our flexible Bitcoin cloud mining contracts. 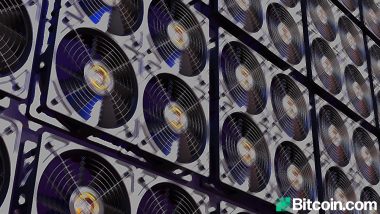 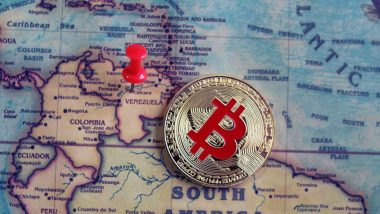