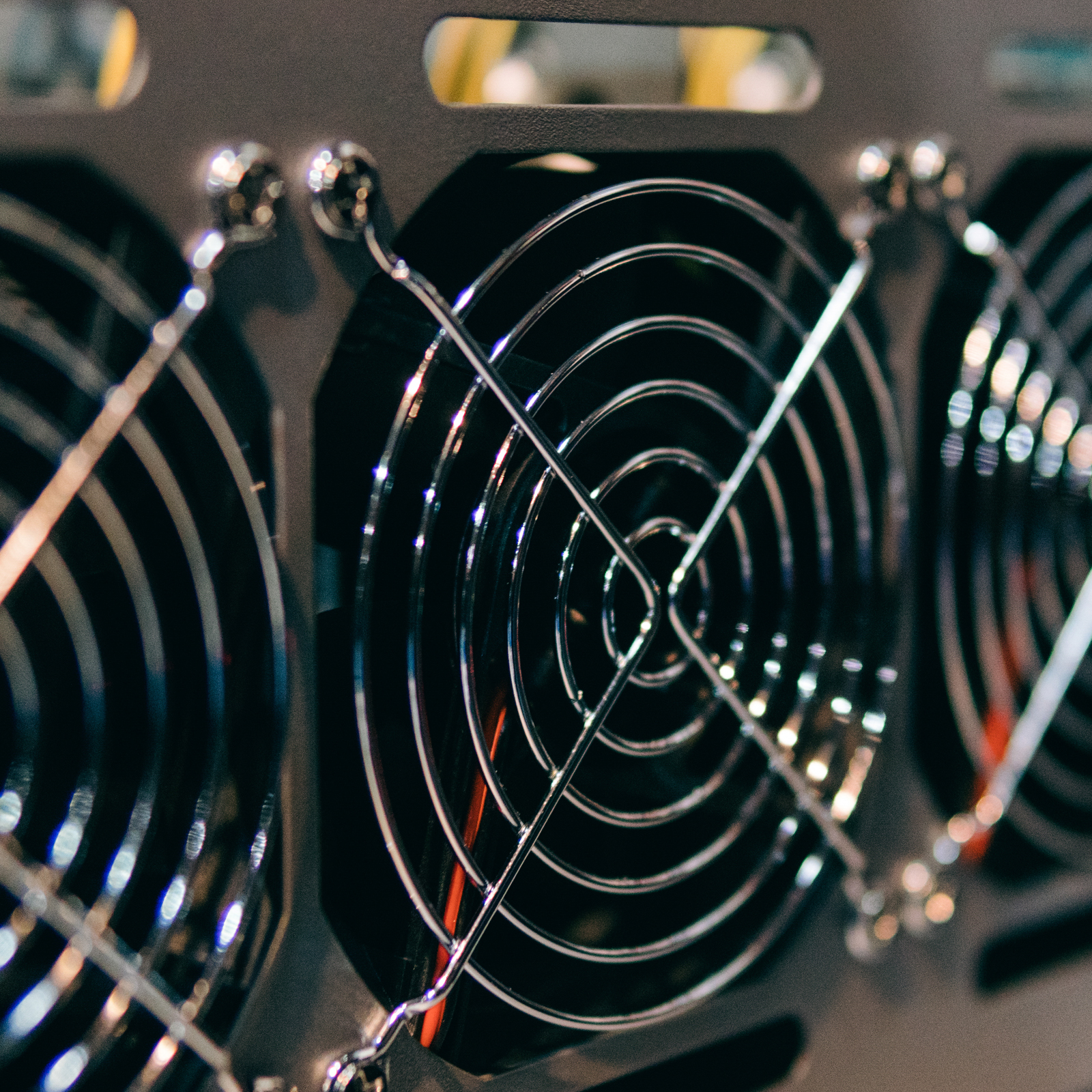 In October, an early access game called Crypto Crisis was released on the digital distribution platform Steam. The recently launched title rewinds time to the year 2009 and lets players mine coins on a simulation of the Bitcoin network by utilizing historical data from the last decade.

The new simulator game, designed by Armoured Beans, allows players to relive a “closely simulated” version of the Bitcoin network. Essentially Crypto Crisis players spawn back in 2009 and start a mining operation while improving mining equipment and selling bitcoins throughout the duration of the game. Crypto Crisis was released as an early access game, which means it’s currently incomplete, but players can still try the game as it develops. On Nov. 16 and 28 Armoured Beans published two major updates which improved the game’s maps system and added new models for utility equipment.

“[You] have fallen into debt with very little to your name, and you decide to start Bitcoin mining to turn your life around — Compete for and increase your share of block rewards by building and upgrading your mining rigs while carefully managing your resources,” explains the developer’s summary of the game. 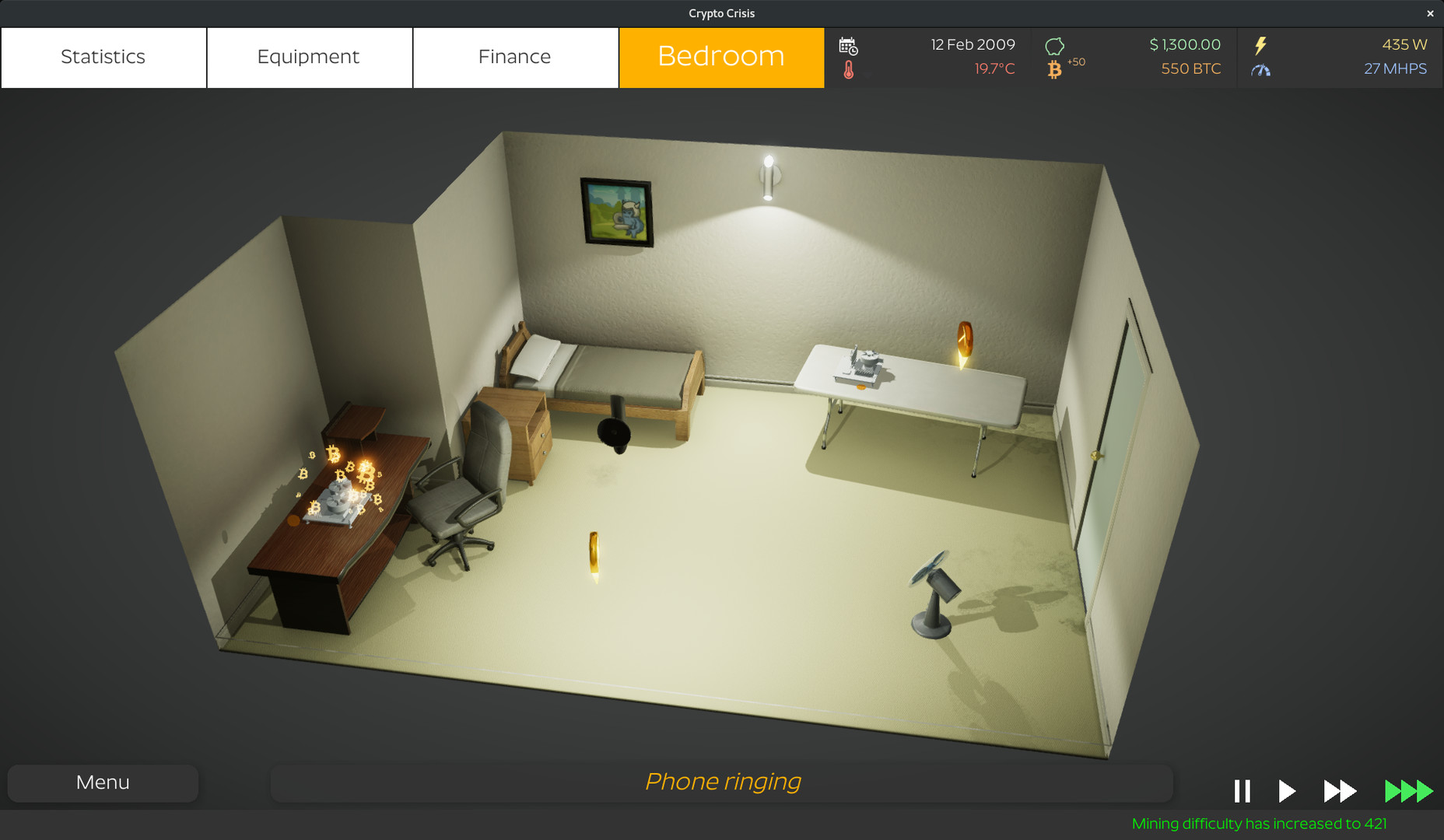 The Bitcoin-infused game is very similar to simulators like Sid Meier’s “Civilization” and Will Wright’s “Sims.” Instead of conquering the world or attracting all the babes at a Sims party, Crypto Crisis users manage energy consumption, data facilities, and their mining rig’s heat output. As the game progresses, players slowly improve their mining operations by unlocking new maps and additional space in order to accumulate more bitcoin miners.

Just like in the early days, when everyone could mine, the game starts you off with a basic central processing unit (CPU) to mine coins. Not long after that, players can upgrade to graphics processing units (GPU) and then facilities full of next-generation application-specific integrated circuit (ASIC) machines. 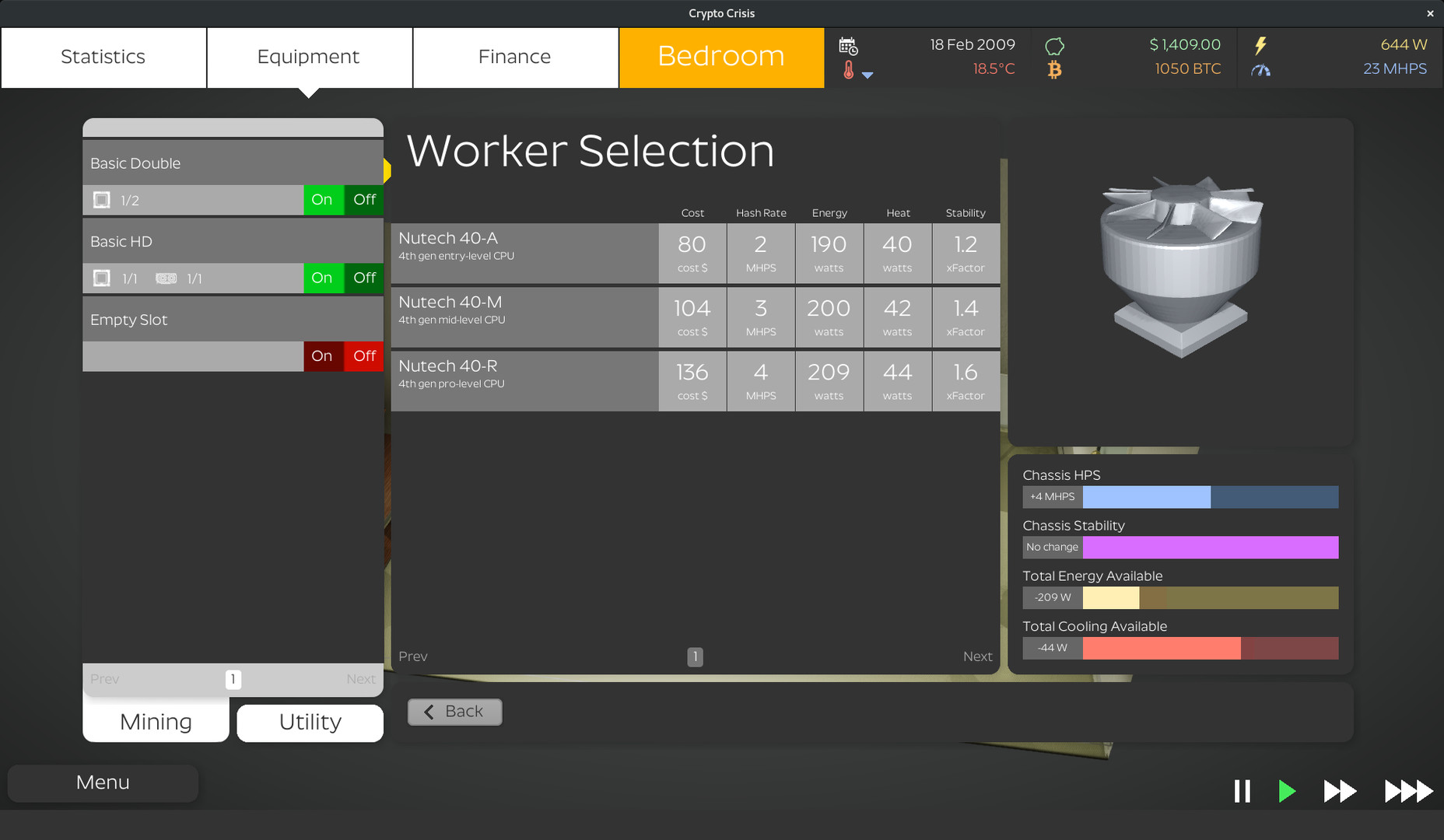 Reset and Start Over

At the moment there are four 3D maps available to play and over 20 different mining chassis types. There’s also a wide variety of rigs to choose from alongside more than 170 CPU, GPU, and ASIC parts. Besides dealing with buying and upgrading mining devices, users also have to deal with the cryptocurrency market. They must choose whether they hold the coins in order to gather more profit or sell them right away for immediate funding. 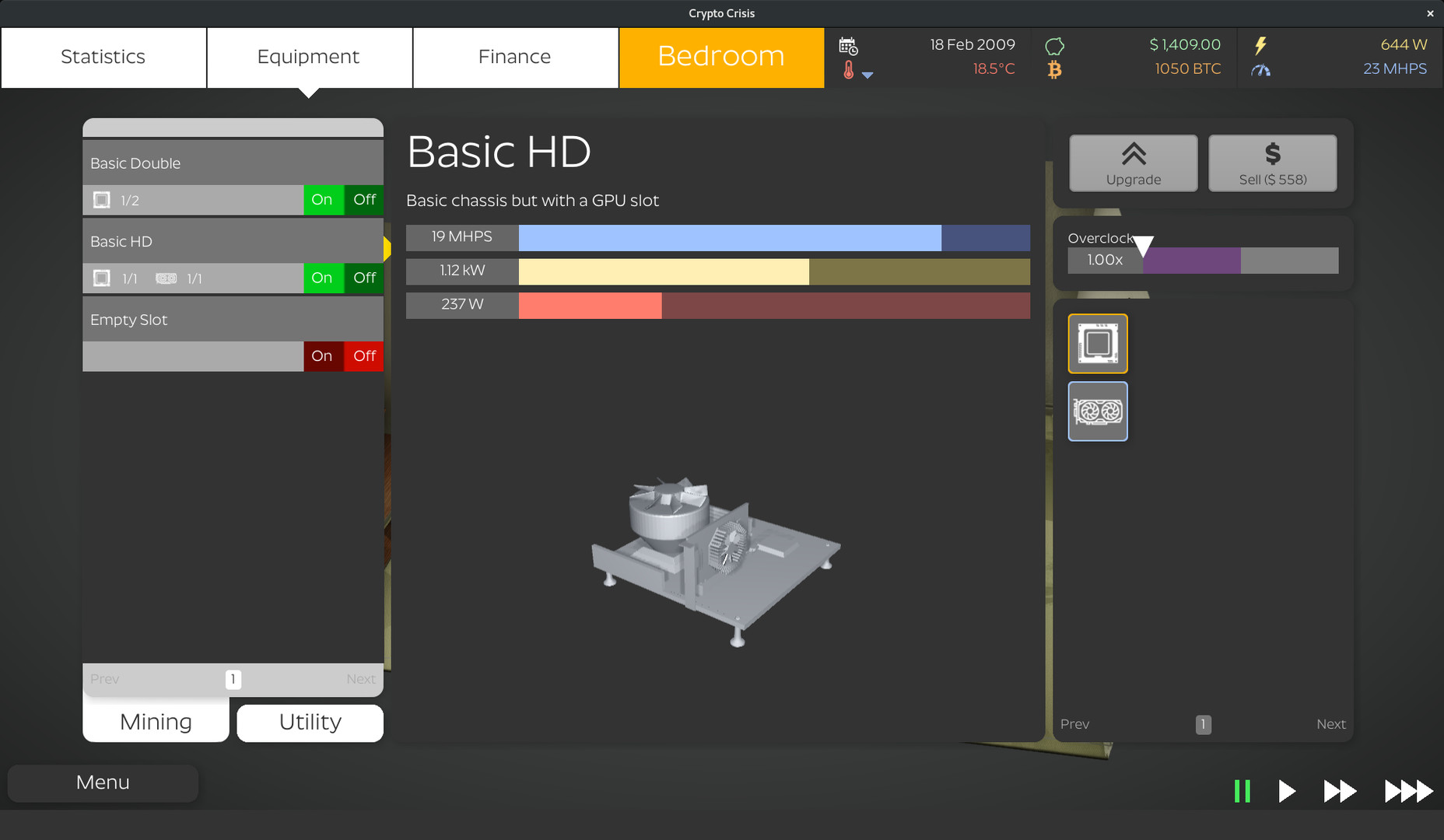 Crypto Crisis users can also rank up while they play the mining simulation, with rankings logged on the Steam leaderboards. Developers recommend about 1 GB of storage space and at least 768 MB to 1 GB of random-access memory (RAM) for the game to run fluidly. According to Crypto Crisis reviews, Steam players seem to be enjoying the early access game development so far. 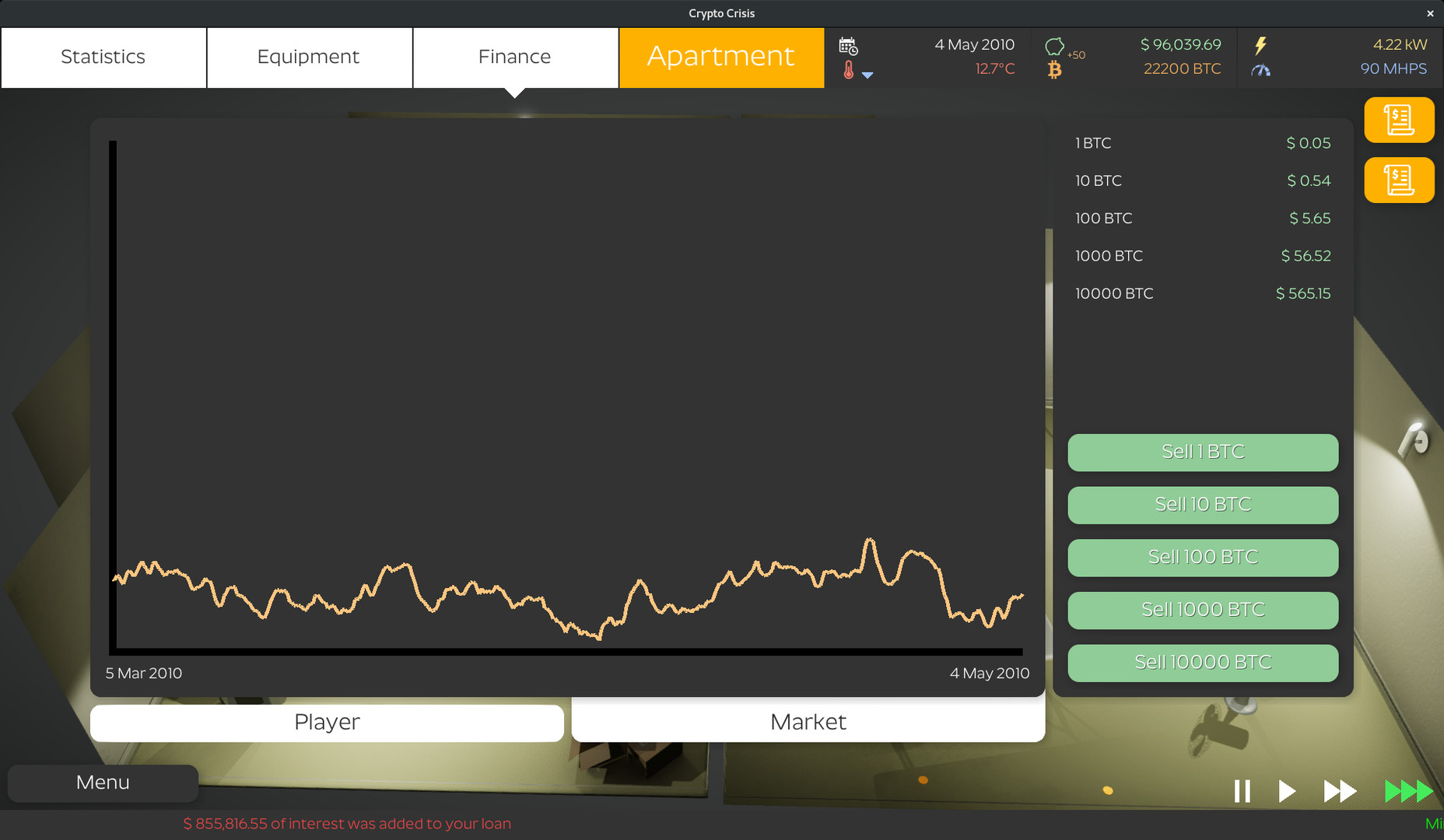 One player says it’s a fun game but he’s restarted back to 2009 over 17 times because he “can’t figure out how to make enough money to stay afloat.” Another player attempting to rule the virtual mining world started off well only to find that the game was prone to freezing during play.

“Actually quite enjoy this game — I have played quite a few opening scenarios to determine the best path and I finally settled on one that I have been quite successful at making money,” the player wrote. “Unfortunately, I just moved into the apartment and purchased my second 6kw generator and large A/C unit, when I selected my 3rd super gaming chassis, the system completely froze.”

Getting to mine bitcoins back in 2009 is not so easy, unless you have a flying Delorean and a working flux capacitor. However, cryptocurrency fans can get a taste of what it was like with a historical simulator based on the most innovative money of our time. And unlike in real life, if players fail to become mining barons, they can always reset and start over.

Disclaimer: Bitcoin.com does not endorse nor support any of these mentioned products/services/games. Readers should do their own due diligence before taking any actions related to the mentioned company or any of its affiliates or services. Bitcoin.com is not responsible, directly or indirectly, for any damage or loss caused or alleged to be caused by or in connection with the use of or reliance on any content, games, goods or services mentioned in this article. 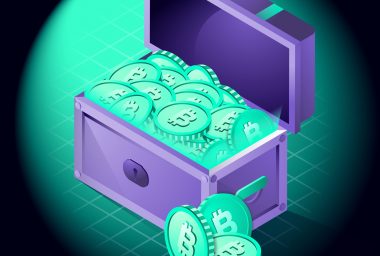 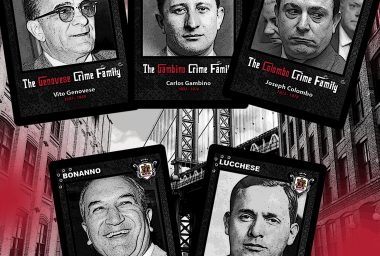