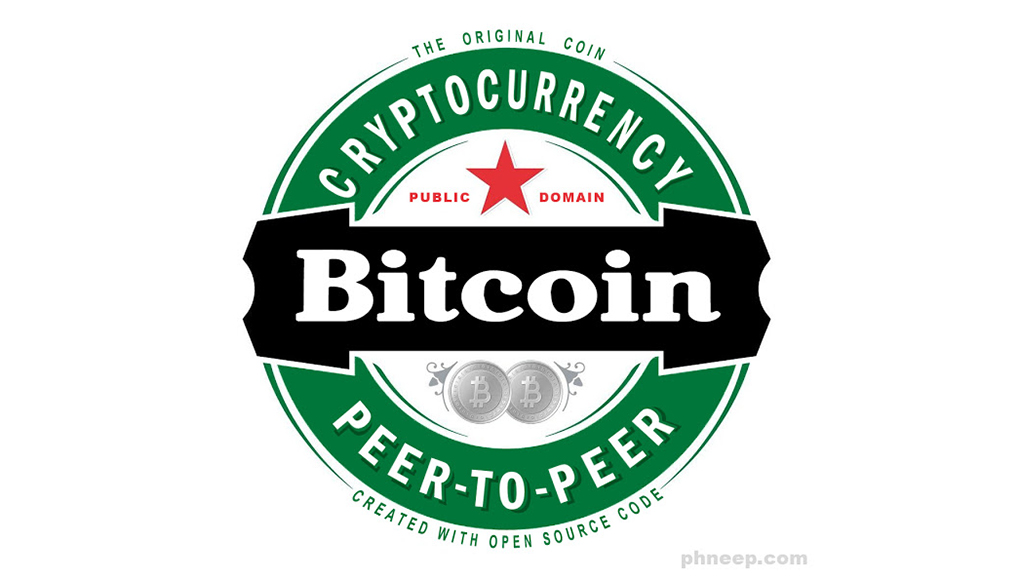 They call him Phneep, a graphic artist whose has produced many of the Bitcoin and crypto related visuals online. Wanting to provide a sense of satire and humor to the digital currency world Phneep started mixing his two favorite life elements: Movies and Bitcoin. You can find his work at phneep.com and there is quite a lot of it.
Also read: KYC Dilemma: US Secret Service Seizes $13k from Coinbase Customer

The incentives and momentum that this kind of tech creates will hopefully carry it over the next hill. 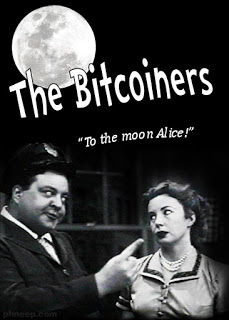 Phneep considers himself a “pixel bender” and finds manipulating well-known movie covers and crypto comes easy to him. He’s quite friendly with the host of Mad Bitcoins and you can see his work over there as well. Covering movies, sports and more Phneep also astroturfs existing logos and makes them into his own crypto design. Known in the industry and widely shared throughout the community Phneep continues his mission. To provide some funny additions to take the stress out of this hectic environment. Bitcoin.com chatted with Phneep about his art, involvement with Bitcoin and how this all started. Giving our readers a glimpse into the eyes of his world, his ideas, moments, and his favorite visuals so far.

Bitcoin.com When did you first get into Bitcoin?

Phneep: I gained some peripheral knowledge loitering on slashdot.org in 2011 when it hit $30+ and then crashed, but who the hell cared about that, right? Certainly not me. Then in December 2012 I decided to throw $100 in a purely speculative manner at this coin thing on my screen. I found the least sketchy online exchange, had a distinct flashback to joining a BBS in 1991, and was on my indolent gambling way. I was completely naive. It wasn’t until after the next peak/crash in April 2013 that I began looking more closely at what the heck I had gotten myself into. Then I got excited.

BC: How long have you been into graphic arts?

Phneep: I’ve enjoyed drawing since I was a kid, but I’d say it was around the turn of the century when I started tinkering with Microsoft Paint and quickly realized I needed a more powerful tool to bring these absurd ideas to life. After a brief stint with Paintshop Pro I moved on to Photoshop and taught myself how to bend pixels to my will. Now pixels really cower when I enter a room.

BC: Why did you meld crypto-currency with your visuals? 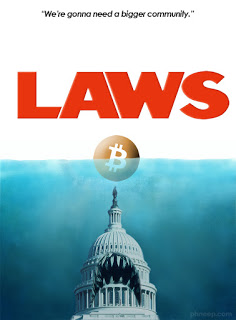 Phneep: Bloody good question. I still ask myself the same thing sometimes. It was early 2014 that I decided to focus on Bitcoin satire. I wanted to contribute in some way, but I couldn’t code. And since I’m more of a purgatory Investor than an angel Investor I felt the only thing left to do was just start making jokes and hope that some coder found it funny after toiling over a hot keyboard all day. I had already been doing similar work involving my other interests, like politics, religion and hockey, but then Bitcoin came along and sort of took over my brain. It’s therapeutic too in a way.

BC: What would be some of your favorite pieces?

Phneep: My babies! How can you make me choose? Well okay then. Top of my list right now is probably “Laws”. I thought the title had legs, but then the shark shape of the U.S. Capitol Building and the bobbing Bitcoin logo leapt into mind, and the rest, as they say, is an introspective regulatory tale best told by Robert Shaw.

I’d say “Saving Ryan’s Private Key” is also right up there, mainly because of the time it took to make, and it’s just a great play on words. The idea that 4 crypto experts would be sent in to recover someone’s 12 word passphrase…man, to me that is just too funny, so I had to make it happen. The best parodies hit on several fronts: hilariously simple title, imagery is spot on, and the new plot implications produce rippling giggles for some time afterwards.

In terms of logo mashups, I really dig the Heineken piece. It’s very recognizable yet unassuming despite all the detail; also it was surprisingly tricky to recreate.

As long as the core devs are kicking and making successful changes to the protocol itself, and as long as Hollywood keeps crapping out these blockbusters, then I’m going to keep finding ways of mashing them together.

BC: You are very friendly with Mad Bitcoins. How did this relationship come about?
Phneep: Something about the hat and The Fly vibe made me tune in. It takes real dedication to put yourself out there like that on a daily basis, and I respected that. Thomas was the first person that made me realize you can be silly and still talk about Bitcoin in an informed and meaningful way. Seeing his other work on The Bitcoin Group and World Crypto Network also helped me cement the idea that you get as much from Bitcoin as what you put into it. I thought that if the goal was to increase adoption of Bitcoin, then it seemed a perfect fit to take that famous Uncle Sam recruitment poster and sub in Mad Bitcoins.
I wouldn’t even need to change the hat! Anyway, he seemed to like it and even incorporated it into his twitter feed and video credits, so from there I was motivated to do more. Eventually I needed somebody to star in these funny movie posters that kept popping into my head, and since pictures of Satoshi Nakamoto are slightly difficult to come by, Mr. Hunt became the protagonist in quite a few titles. Some of them are really funny.
BC: What’s your opinion of the current state of Bitcoin at the moment? 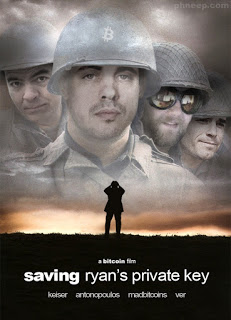 Phneep: It’s a madhouse. I get excited and discouraged all the time. I fret about scaling issues, block size, usability, fee escalation, mining centralization, etc., the whole deal. There are so many detractors, so much turmoil around the core updates, and so many other challenges that it gets to be overwhelming. But on the flipside you have this promise of incorruptible programmable value transfer, with all its untold use cases.
We owe it to ourselves to find solutions because the concepts are amazing, and I don’t see any other inventions out there with such fundamentally profound implications. The incentives and momentum that this kind of tech creates will hopefully carry it over the next hill. It’s easy to be negative, but we’re only now starting to see teeny tiny toe-holds by companies that want to leverage the protocol, like doing land registry, remittances, prediction markets and mesh networks, just to name a few. Bitcoin is still rolling out of bed and hasn’t even got a coffee into it yet. Patience is a virtue, but we all might lose a bit of hair before it fully delivers on a global scale.

“It is incredibly liberating to transact with a client across the globe without a middleman. That’s part of why I’m convinced that Bitcoin will play a huge role in the future of web commerce…because it’s already happening.”

BC: Do you plan to continue with your graphics?

Phneep: As long as the core devs are kicking and making successful changes to the protocol itself, and as long as Hollywood keeps crapping out these blockbusters, then I’m going to keep finding ways of mashing them together.

I suppose my main mission right now is pretty simple: provide a place where people can come and take a mental break for a few minutes. Things can get a little harried in the cryptosphere, so hopefully my stuff provides an amusing respite in a way that still scratches that Bitcoin itch. You can’t (or shouldn’t) be serious 24/7, and that’s where bit-buffoons like me play a role. It’s possible someone unacquainted with Bitcoin might stumble across my work and wonder why they don’t get the joke, prompting them to do more research, but that’s probably stretching it a bit.

BC: Have you received any substantial tips from your work?

Phneep: I think so, but I also grew up with a splintery wooden spoon in my mouth, so it depends on your definition of substantial. In terms of value, I’ve been able to convert my tips into 150 kilometres worth of gasoline, 2 digital video discs, and a kilogram of sugar. It’s not a living, but that’s not why I went into the incredibly under-attended crypto-satire arena. What excites me more is the fact that I’ve been paid in bitcoin to do a few graphic design projects. That’s a great feeling. If you haven’t earned bitcoin, I suggest finding a way to do so. It is incredibly liberating to transact with a client across the globe without a middleman. That’s part of why I’m convinced that Bitcoin will play a huge role in the future of web commerce…because it’s already happening. 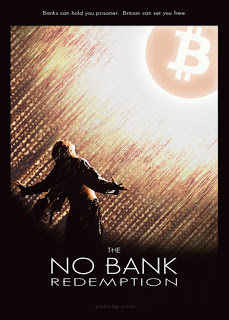 BC: What’s your inspirations on these graphics?

Phneep: Apart from being a movie buff, I just realized it probably has a lot to do with Logorama, the Oscar-winning short from 2009. Their vicious take on advertising and marketing overload is incredible, and it really resonated with me. I guess I want to keep exploring that theme. When I see a commercial or a stock photo, I can’t suspend my disbelief. I imagine the actor/models going about their real-life daily activities, like going to auditions, talking with their real family, and doing laundry. To me it’s all very surreal. I want to encourage people to see beyond the artifice of mass-marketing, to resist manipulation, and I suppose that co-opting popular brands and movies is one way to start shaking things up. If I can make someone smile, twist their perspective, or educate them a little about Bitcoin along the way, all the better.

What do you think about the mix of crypto and art? Let us know in the comments below.
Images courtesy of Phneep.com

Have you seen our new widget service? It allows anyone to embed informative Bitcoin.com widgets on their website. They’re pretty cool and you can customize by size and color. The widgets include price-only, price and graph, price and news, forum threads. There’s also a widget dedicated to our mining pool, displaying our hash power.