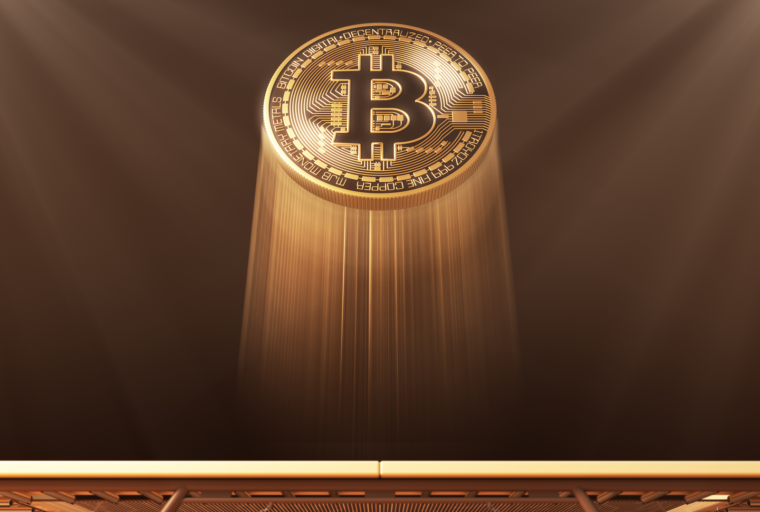 The bitcoin markets are experiencing significant price volatility leading up to the launch of Cboe’s futures markets, as many traders place their bets on how the markets will react to the highly anticipated event.

Also Read: Here’s What You Should Know About Cboe’s Bitcoin Futures Launch

With the Launch of Cboe’s Bitcoin Futures Markets Hours Away, Bitcoin’s Price is Making Significant Moves

After establishing a new all-time high on the 8th of December, the bitcoin markets retraced heavily before rallying up to the $15,000 USD area. 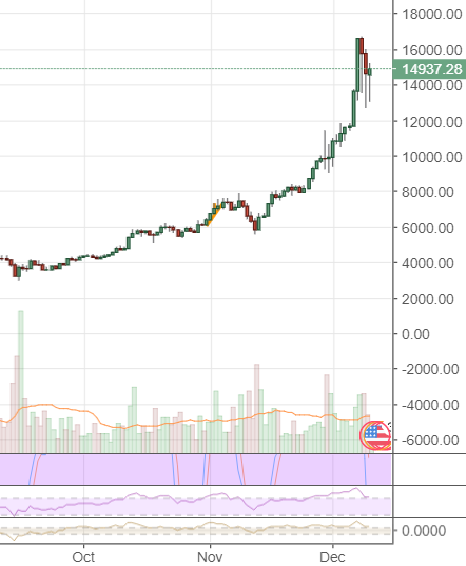 The considerable volatility experienced by the markets has led to a dramatic spread in prices across exchanges. On Bitstamp, the BTC markets produced a high of $16,667 on the 8th of December, before bouncing off the $12,800 area this morning. On Bitfinex, a new record high of $17,171 was reached before the markets established support at $13,000. Coinbase produced the greatest price disparity, setting a new all-time high of $19,340 before finding a floor at the $13,500 area. All major markets produced a two-day retrace of more than 20%, with BTC presently trading at the $15,000 area after gaining approximately $2,000 in several hours. 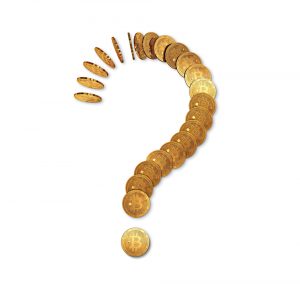 Some analysts have described the launch of futures markets backed by major regulated financial institutions such as Cboe and CME as providing greater legitimacy to the BTC markets, in addition to exposing bitcoin to greater liquidity.

Other traders have expressed skepticism that veteran Wall Street traders will be reluctant to pump BTC with the markets having already produced gains of over 1,500% this year, predicting that the launch of futures markets will see many investors open short positions.

Some traders are predicting that the futures markets will struggle to exert a significant influence on bitcoin price discovery, citing that Cboe’s XBT contract is being “priced off a single auction at 4.pm.” CME’s contract, on the other hand, will be priced according to the company’s Bitcoin Reference Rate – which derives from Bitstamp, Gdax, itBit, and Kraken.

Both companies’ contracts will be cash settled and thus will exert no direct pressure on the supply and demand dynamics of the bitcoin markets. Another factor likely to limit the influence of the futures markets on bitcoin price discovery is that CME and Cboe’s markets will adhere to standardized opening hours – potentially limiting the influence that said markets may be able to have on the 24/7 bitcoin markets.

Litecoin has established a new-all time high of approximately $155, after two days of extremely bullish action following LTC’s break above the $100 USD area. As of this writing, the price of LTC is approximately $140. 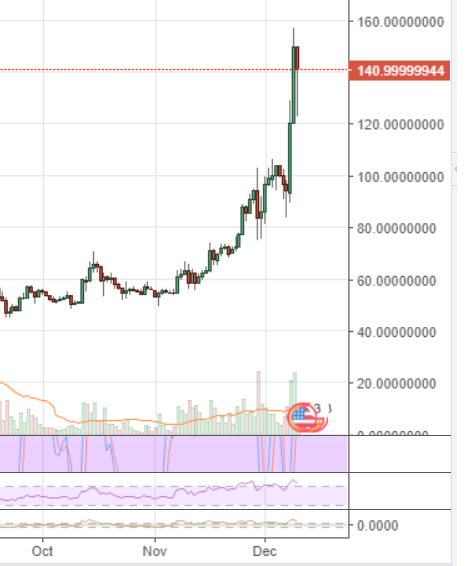 Stellar has also had a high performing week, breaking above its preceding all-time high of roughly $0.075 by more than 300% to establish a new record of approximately $0.25 on the 6th of December. Stellar has since undergone a significant retracement before consolidating above $0.10 – with prices currently trading for approximately $0.12. 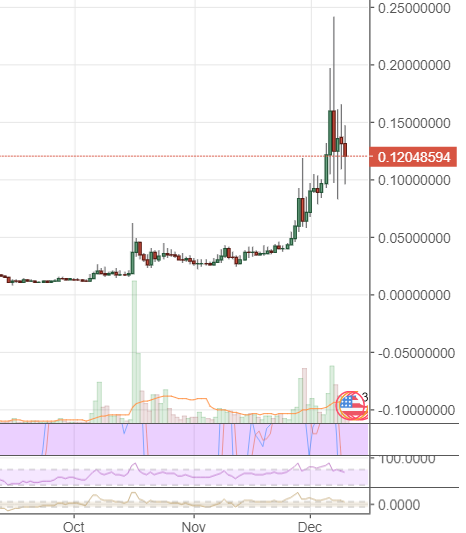 Ethereum has consolidated within a 20% range over the course of the preceding week, with the markets appearing to have established support above the previous all-time high of $400. Following the breakout last month, ETH has failed to consolidate above $500. ETH is currently trading for $440. 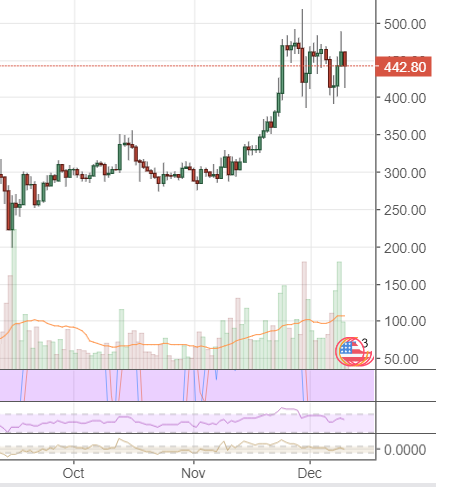 Monero established a new all-time high of approximately $280 on the 5th of December, following a strong rally above the $230 resistance area of XMR’s preceding record high. Since establishing a local top, Monero has consolidated above the $225 area – with current prices trading at approximately $250. 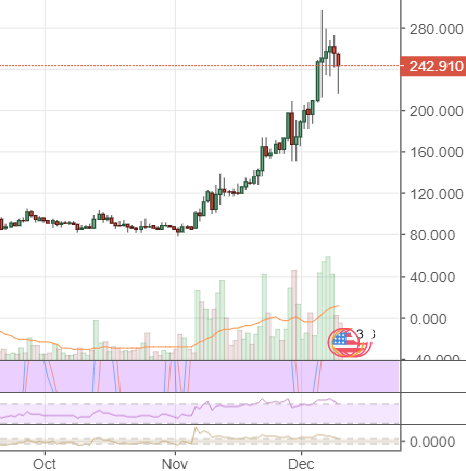 Augur set a new all-time high on 3rd of December, spiking up to test $60 for the first time. The spike was short-lived, however, with prices quickly retracing by almost 60% to below $20 within six days. REP is currently trading for approximately just shy of $30. 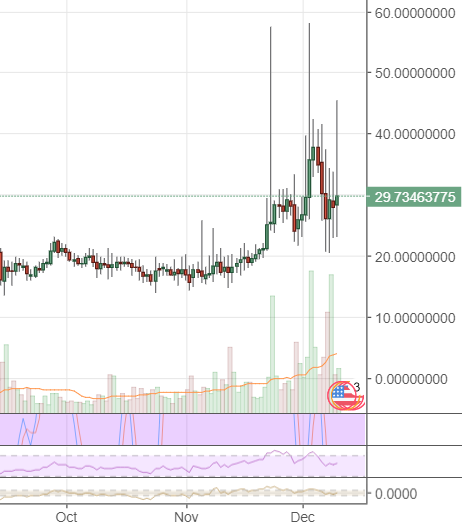 Following Bitcoin Cash’s dramatic spike that established a new all-time high of approximately $2,800 early in November, BCH has consolidated with a more than 30% range – bouncing between support at approximately $1,100 and the $1,700 resistance area. At the time of writing, Bitcoin Cash is trading for roughly $1320. 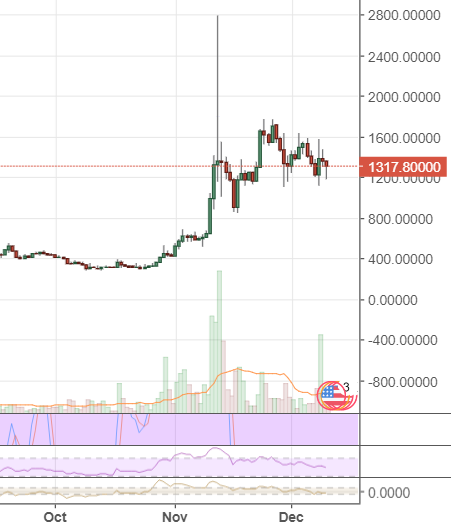 How do you think the markets will respond to the launch of Cboe’s futures contracts? Share your thoughts in the comments section below!