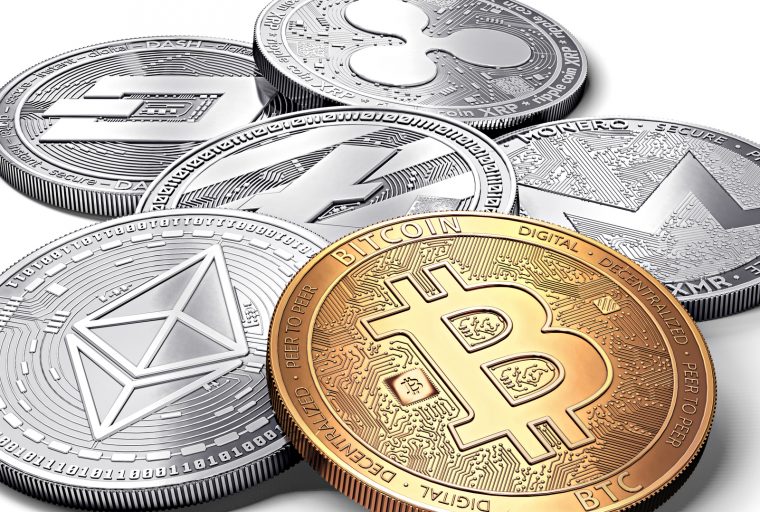 With bitcoin currently consolidating above $8000 USD after establishing an all-time high of nearly $8400 USD, some liquidity has shifted towards the altcoin markets. This has resulted in several major altcoins setting record dollar-value highs despite holding relatively modest prices when paired with bitcoin. Today, Ethereum set a new all-time high of approximately $420 USD, with prices surpassing $400 USD. Dash and Monero also set a new all-time high today, with Dash testing $600 USD for the first time before retracing to approximately $570 USD, and XMR currently trading for approximately $170 USD. 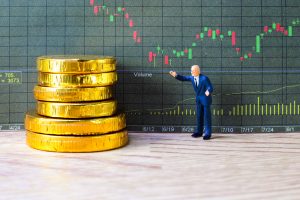 As of this writing, the price of a single bitcoin is approximately $8130 USD, following the establishment of a new all-time high of roughly $8380 USD earlier this week. The total market capitalization of bitcoin is over $136 billion USD, with 24-hour trading volume exceeding $4 billion USD.

Bitcoin experienced a dramatic November, with the markets falling by roughly 28% after setting the preceding high of $7890 USD at the beginning of the month. The dip comprised the largest red weekly candle in bitcoin’s history. However, after making a low of approximately $5450 USD, bitcoin quickly recovered to break above $8000 USD and produce its largest ever green weekly candle. 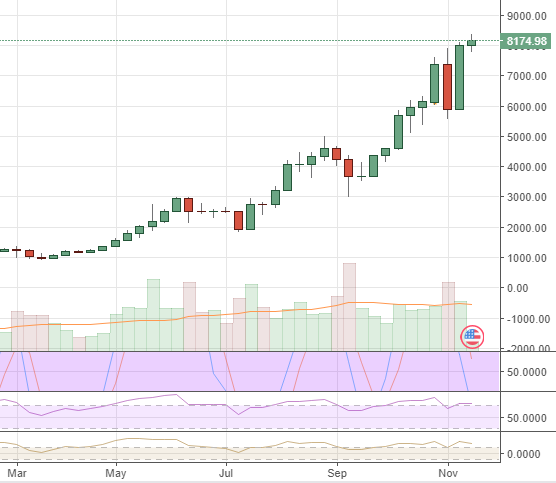 With Bitcoin’s price movements calming in recent days, some liquidity has shifted into the altcoin markets – triggering the establishment of new all-time dollar highs in several major markets. Bitcoin’s market dominance is currently 53.1% – down approximately 5% from one week ago. 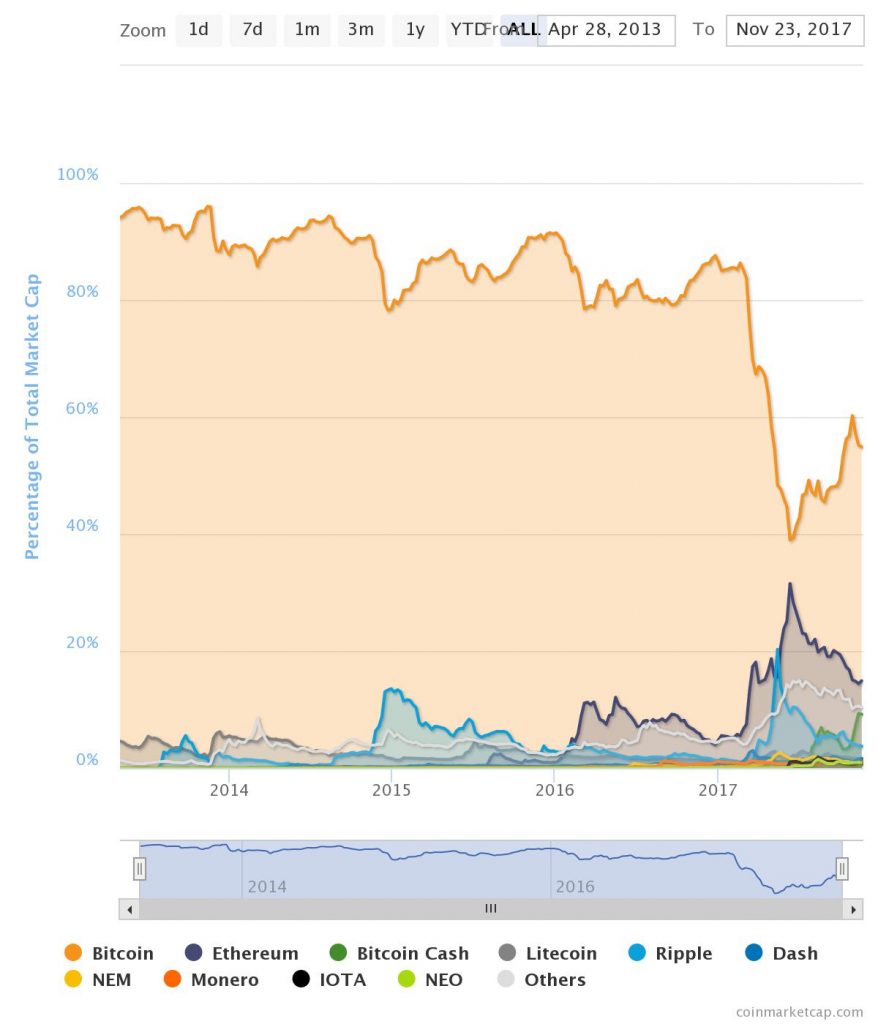 Ethereum gained approximately 13% to establish a new record dollar high today. The total market cap of Ethereum now exceeds $40 billion USD, with ETH currently trading at approximately $420 USD – up more than 30% since the start of the month. Earlier this week, Ethereum published the initial version of its Casper protocol update, which was first presented at Devcon3 earlier this month. 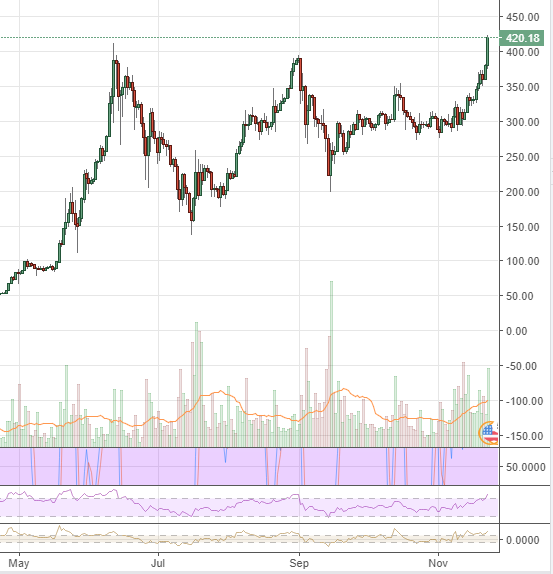 Dash set a new record high today, currently trading at roughly $570 USD after testing $600 for the first time. Dash has rallied since breaking its preceding all-time high of approximately $400 USD on the 12th of November, after the release of Dash Core version 12.2 four days prior. Dash now has the fifth largest market capitalization with nearly $4.4 billion USD.

Monero also established a new all-time high today, with XMR currently trading at nearly $170. Monero is currently the 7th largest crypto market with a total capitalization of over $2.5 billion. 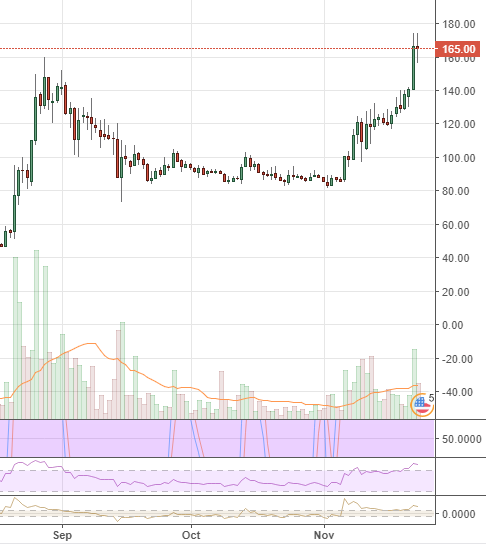 Bitcoin Cash made gains of over 20% today, with BCH currently trading for $1550. The move comes after several days of consolidation between approximately $900 – $1300, which followed a more than 60% retrace from BCH’s all-time high of nearly $3000 USD earlier this month. Bitcoin Cash currently boasts the third largest cryptocurrency total capitalization with $26.5 billion USD.

Dogecoin was among the top performing markets today, gaining approximately 40% to trade at over $0.0021 USD. As of this writing, Dogecoin’s total market capitalization is $235 million USD. 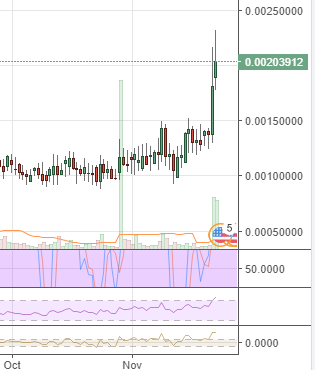 Zcash performed well during November and is currently trading at approximately $320 after increasing by over 50% this month. Grayscale Investments announced the launch of its Zcash Investment Trust towards the start of November which, following Edward Snowden’s recent praise of Zcash, has likely contributed to the bullish sentiment. Zcash is 15th largest cryptocurrency market with a total capitalization of almost $880,000. Litecoin also performed well this month, gaining by approximately 25% to trade at around $75 USD. Litecoin’s $4.1 billion USD market cap makes it the 6th largest cryptocurrency by total capitalization.

Despite several major cryptocurrencies establishing new record highs against the dollar, the majority of altcoins have experienced sustained downtrends since midway through 2017 when paired against bitcoin. Although many altcoin/bitcoin markets have seen significant price increases in recent days, whether or not the altcoin markets can sustain dollar gains independent of a rising bitcoin remains to be seen, with some analysts speculating that the recent Tether hack may have contributed to the recent rise in altcoin prices, arguing that traders may have been purchasing cryptocurrencies to reduce USDT exposure.

Do you think the altcoin markets are heating up for another boom, or will the current momentum quickly fizzle out? Share your thoughts in the comments section below!