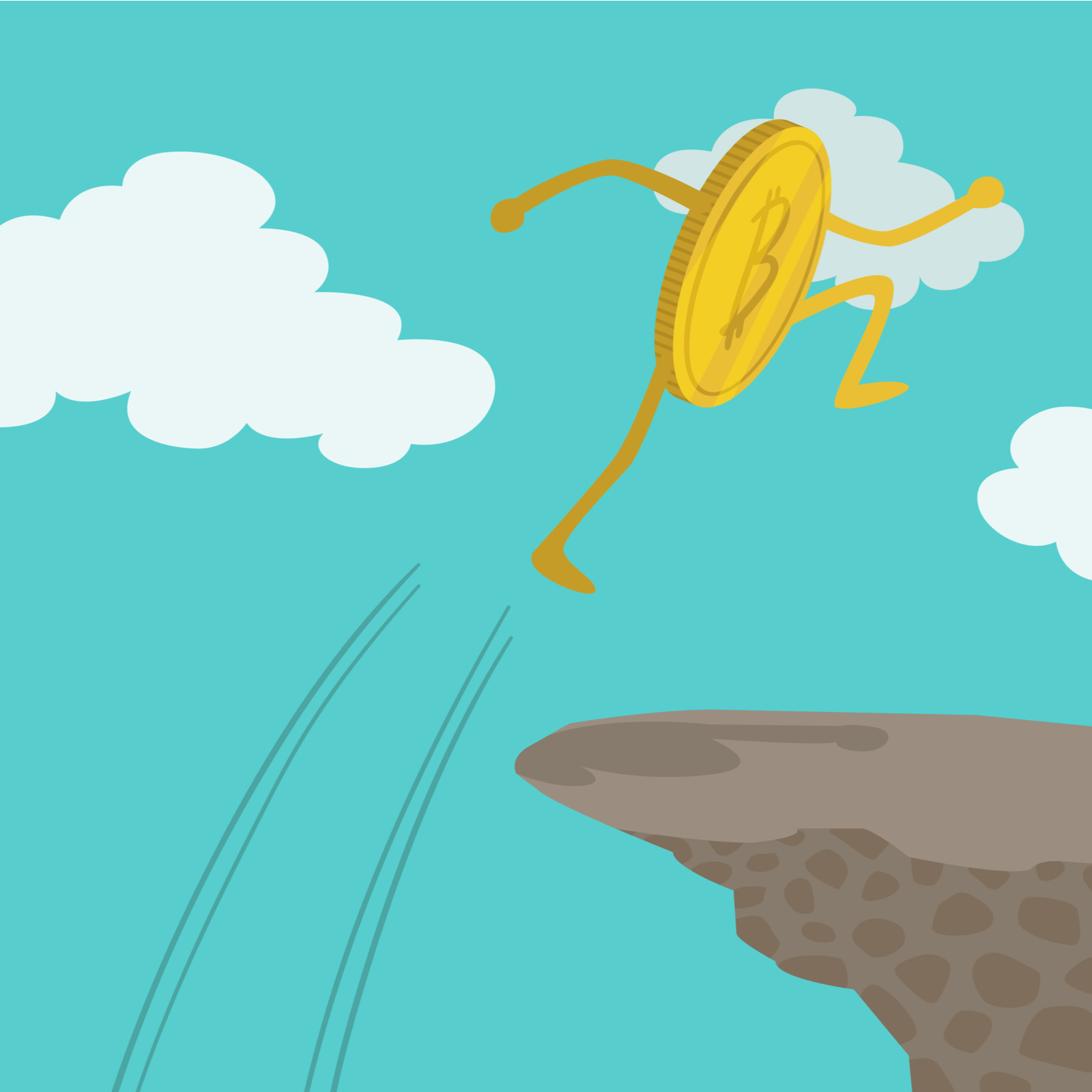 The cryptocurrency markets have shown early signs of a bullish momentum shift following several months of heavy selling pressure. After losing upwards of 75% to 85% and forming ‘adam-and-eve’ style double bottoms, many leading cryptocurrency markets have produced significant bounces over the course of the last fortnight. The markets now appear poised in ‘open air’ – with either a retest of recently broken descending trendlines or further bullish momentum toward 23.6% retracement areas comprising the likely next moves for price of leading cryptocurrencies.

BTC Markets Recover by 25% From Support

The bitcoin (BTC) markets led the charge for the recent crypto bounce, forming an adam-and-eve styled double bottom after testing $6,000 USD area for the second time in 2018. The bounce saw BTC make a fourth point of contact with a long-term ascending trendline from July 2017. The recent low of roughly $6,400 comprised a 62.5% loss in value from this year’s highs of approximately $17,000.

On the 12th of April, BTC produced a dramatic upward spike and broke out of the descending triangle pattern in which it has consolidated during preceding months. With prices testing resistance at the $8,100 area as of this writing, the BTC markets have produced a gain of approximately 26.5% from the local low of roughly $6,400. Presently, as with many other cryptocurrency markets, it looks as though the next move for BTC will likely be either more bullish momentum towards the 23.6% retracement area, or a drop back down to retest the descending trendline that BTC recently broke above.

Bitcoin Cash (BCH) found a local floor of approximately $610 towards the end of the first week of April, establishing support at the break-out area from November 2017 that also formed a third point of contact with a major long-term ascending trendline dating back to the BCH’s all-time low during the earliest weeks of Bitcoin Cash’s existence.

The recent sustained bearish action comprised a loss of approximately 79% from 2018’s highs of approximately $2,900. When measuring from BCH’s all-time high of roughly $4,000 from late December, Bitcoin Cash has experienced a retracement of over 85%.

Since then, Bitcoin Cash has rallied by approximately 37%, with the prices hovering at the $835 area as of this writing. BCH appears to be showing early signs of a bullish momentum change after breaking out of multiple significant descending trendlines and producing many days worth of sideways consolidatory price-action. As of this writing, BCH has the fourth largest market capitalization of all cryptocurrencies with a total capitalization of $14.2 billion.

The Ethereum (ETH) markets have also produced an adam-and-eve styled double bottom after fully retracing to retest the November 2017 breakout area of approximately $380. The local bottom also formed an additional point of contact with a long-term ascending trendline that has so far held for over 12 months.

ETH has since broken out of a major descending trendline, and produced gains of 35.5%. The price of ETH is approximately $515 as of this writing. Ethereum has continued to retain its position as the second largest cryptocurrency market by total capitalization, currently boasting a market cap of approximately $51 billion according to Coinmarketcap.

Ripple (XRP) is the third largest market by capitalization with $26.75 billion. In recent week, XRP established a local floor of approximately $0.46, after losing over 85% from the record highs of roughly $3.25 seen during early January. Since then, Ripple has bounced by over 68%, and is currently testing resistance at the $0.686 area. 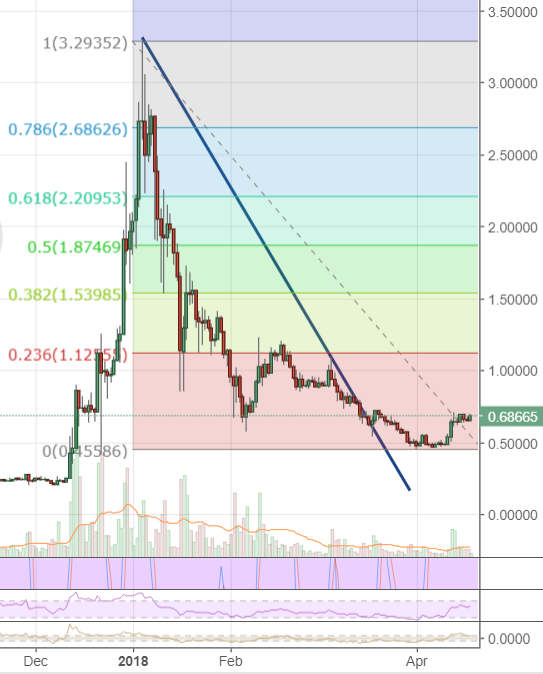 Litecoin (LTC) is currently the position of the fifth largest cryptocurrency market with a total capitalization of $7.7 billion. After establishing resistance at $100 and making a third point of contact with an ascending trendline from September 2017, LTC has made gains of 27.5%, with prices currently sitting at almost $137.

Do you think that the immediate bear trend is over? Share your thoughts in the comments section below!