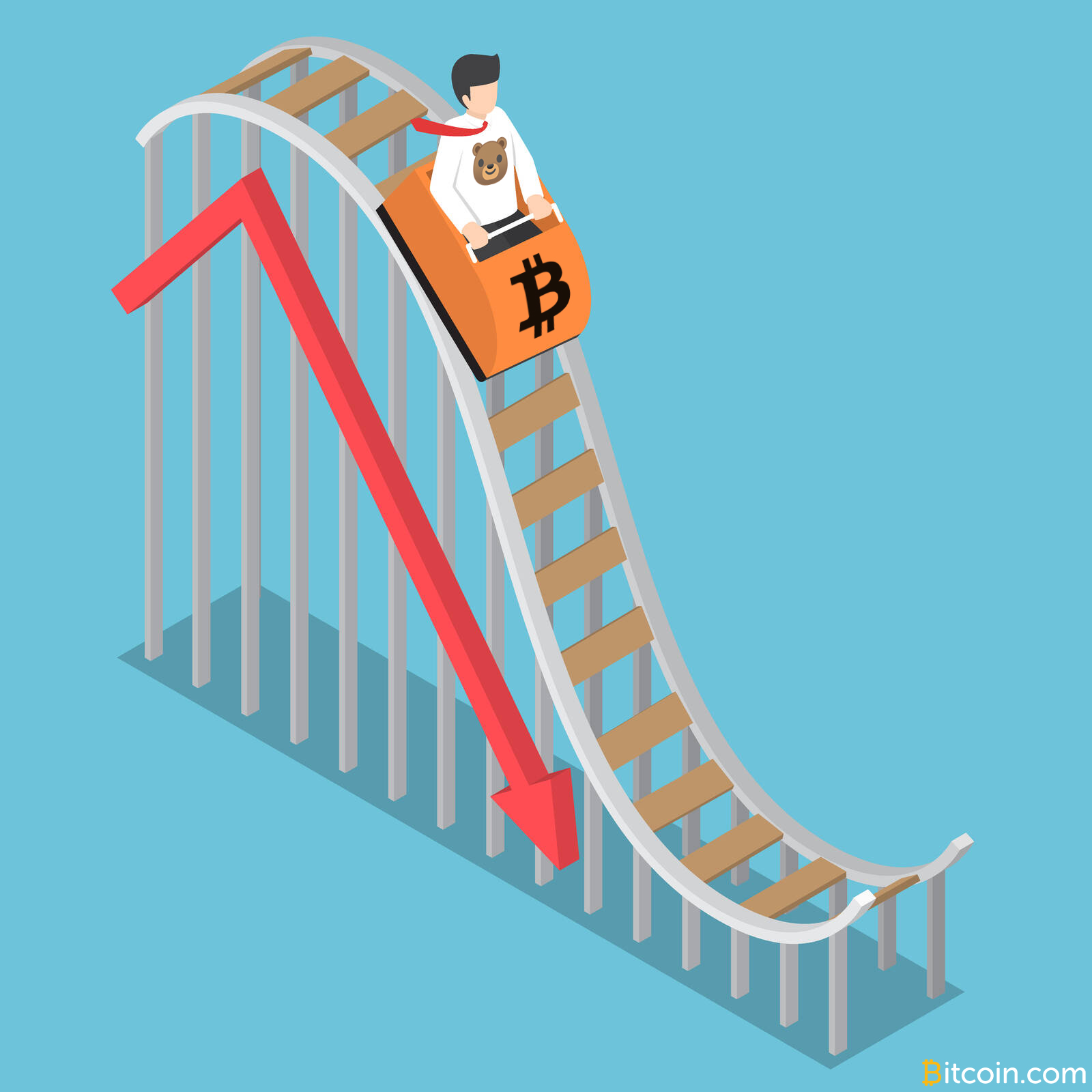 The cryptocurrency markets have produced a slight retracement in response to bitcoin core (BTC) testing a long-term descending trendline dating back to December 2017’s record highs. The dip has seen bitcoin cash (BCH) slip back below $150, and BTC fail to hold above $4,000. As of this writing, ripple (XRP) has again overtaken ethereum (ETH) to rank as the largest altcoin by market cap.

The cryptocurrency markets have pulled back following BTC forming a third point of contact with a major descending trendline stemming from the record highs posted nearly 25 months ago.

At approximately 01:00 EDT, BTC fell by nearly 6% within an hour. The move reversed all gains generated by the spike above $4,000 that was posted on Jan. 6, sending uncertainty across the markets.

As of this writing, BTC has a market cap of nearly $66.81 billion and a market dominance of 52.5%. BTC is currently trading for $3,860 on Bitfinex and $3,775 on Bitstamp. The retracement saw the combined capitalization of all cryptocurrencies fall by more than $11.5 billion, dropping from nearly $138.9 billion to $127.1 billion currently.

Of the leading markets, BCH was among the hardest hit, shedding 15% against the dollar in just seven hours.

As of this writing, BCH is priced just below $140, the lowest the market has traded since Dec. 20. When measuring against BTC, BCH has fallen by 10% in the last seven hours and is currently trading for 0.036 BTC.

BCH is currently the fourth largest cryptocurrency market with a capitalization of $2.44 billion. BCH has a market dominance of roughly 1.9%.

Ripple was among the least heavily hit markets by today’s bloodshed, falling 9% in the last seven hours to trade for $0.35 and 3.7% in the last 12 hours against BTC to currently trade for roughly 90,500 satoshis.

XRP was able to dethrone ETH as the second largest crypto market after ETH fell by 12% in less than eight hours to currently trade for $134. When measuring against BTC, ETH fell by 6.5% to trade for nearly 0.035 BTC.

ETH is currently the third largest cryptocurrency with a market cap of $14.01 billion and a market dominance of 10.95%.

What cryptocurrency do you expect to spend the largest part of 2019 as the largest altcoin by capitalization? Share your thoughts in the comments section below!