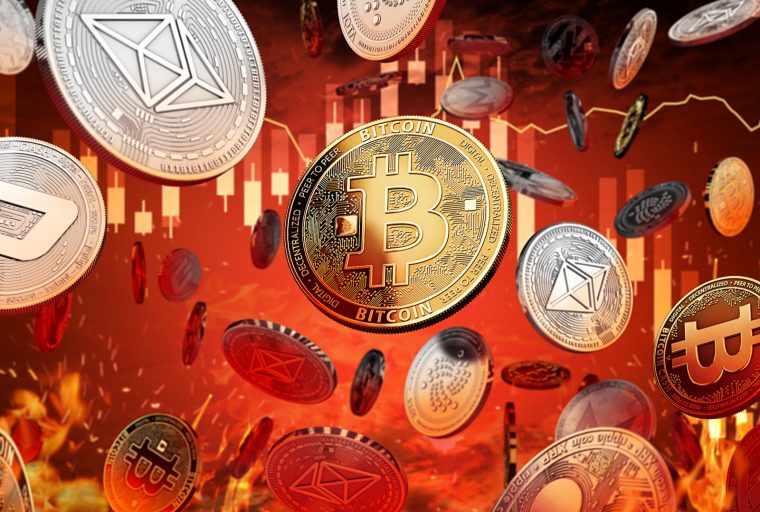 Cryptocurrency markets have continued to see significant losses, with BCH, BTC, and ETH posting new lows for 2018. Despite also losing fiat value, XRP’s gains when priced in BTC have extended its dominance over ETH.

BCH has continued to produce bearish momentum, dropping to record lows against both fiat and cryptocurrency pairings. When measuring against the dollar, BCH has spent the majority of today, Nov. 21, bouncing between the record low area of $230 and local resistance at roughly $270. BCH has lost approximately 60% of its dollar value in the last fortnight in the wake of its contentious hard fork. As of this writing, BCH is trading for roughly $247 on Bitstamp.

When measuring against BTC, BCH recently posted its lowest recorded price since its opening day of trade, falling to the 0.045 BTC area yesterday on Bittrex. Since then, BCH/BTC has bounced roughly 16% to currently trade for 0.05123 BTC. BCH/BTC has lost over 42% in the last two weeks.

BTC is currently trading at prices not witnessed since Oct. 2017, at approximately $4,620 on Bitfinex and $4,500 on Bitstamp as of this writing. BTC posted a new low for 2018 on Tuesday, dropping to $4,300 on Bitfinex and $4,050 on Bitstamp. Binance, the exchange hosting the largest BTC trade volume, also posted record-breaking volume during yesterday’s dump.

BTC has fallen by 28.5% in the last seven days and is down over 76% from its all-time highs of roughly $19,900. The stochastic RSI of BTC is at the bottom of the sub-20 threshold on the one-day, three-day and weekly charts.

XRP has posted mixed performance in recent days, showing consolidation against BTC while simultaneously losing value against the dollar. XRP is currently trading for $0.445 after wicking down to test support at the $0.41 – $0.42 area multiple times on Nov 20. Looking at the daily chart, XRP appears to have been channeling within a sideways range for the last two months, despite having fallen to its lowest point in six weeks.

When measuring against BTC, XRP has consolidated within a tightening range at the 0.0001 BTC area in recent days.

The price of ETH has fallen to levels not witnessed since July 2017, with the markets posting an annual low of roughly $125 on Bitfinex on Tuesday. Ethereum has lost approximately 36% in the last seven days and is down roughly 90% since December’s highs of approximately $1,400. As of this writing, ETH is trading for roughly $136.50.

Despite falling just shy of testing September’s annual low of 0.027 BTC, the ETH/BTC charts appear to be testing a support area following several days of consolidation between the 0.029 BTC and 0.031 BTC range. With the exception of September’s dip and a sharp wick posted at the start of May 2017, the market had not fallen below 0.03 BTC since mid-March 2017. As of this writing, ETH is trading for roughly 0.0295 BTC, a nearly 80% drop from January’s all-time highs.

ETH is currently the third largest crypto market with a total capitalization of roughly $14 billion, comprising 9.4% of the value of the combined cryptocurrency markets.

Do you think the bear season has bottomed out for the year? Or are new lows in sight for crypto in 2018? Share your thoughts in the comments section below!