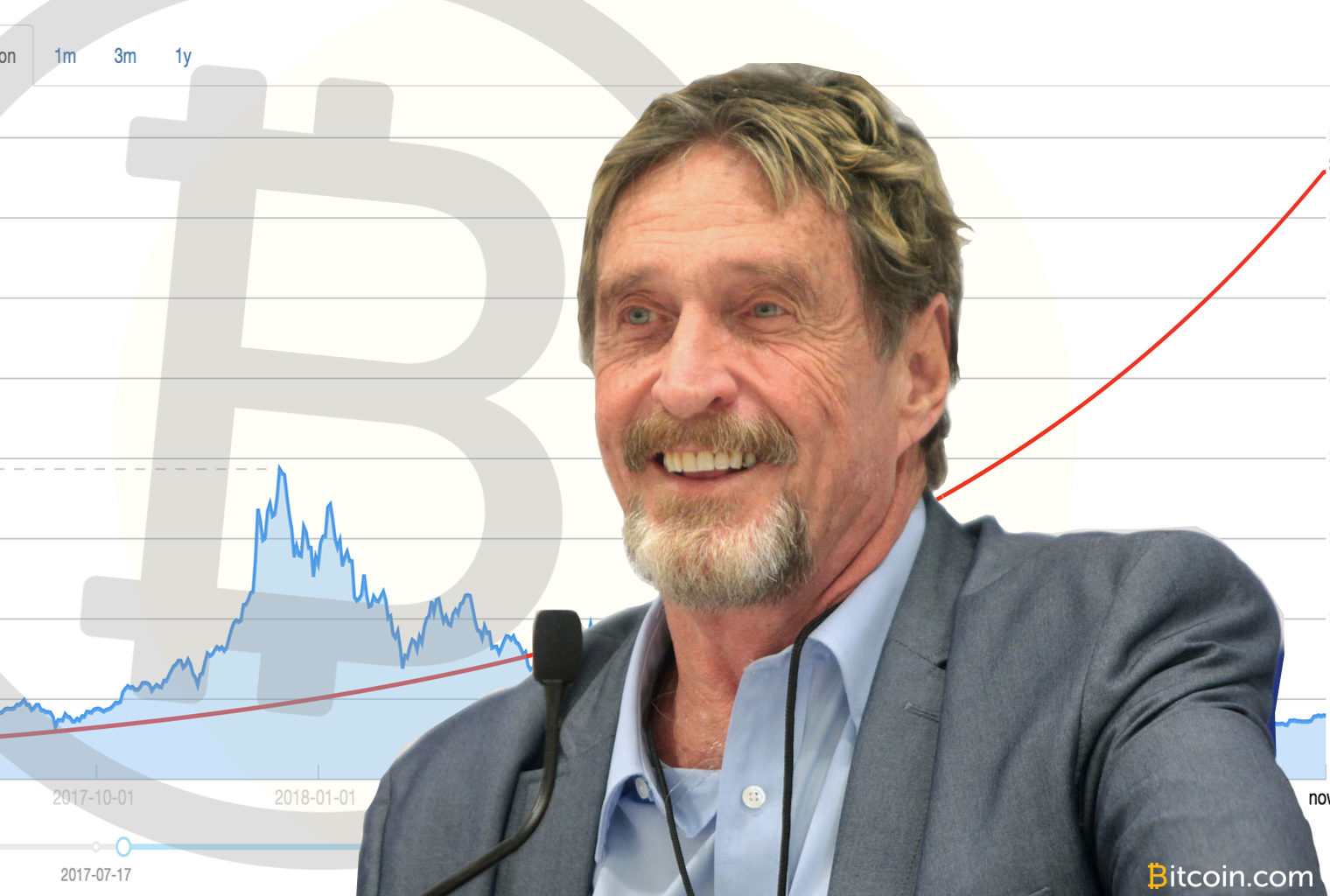 John McAfee is once again discussing the notorious wager he made back in November 2017 when he predicted that bitcoin will reach a million dollars before the end of 2020. McAfee is reportedly on the run from the IRS, but his worries don’t end there: according to statistics, his bet is currently $37,000 light of reaching its $1 million per bitcoin target.

Back in the summer of 2017, bitcoin core (BTC) and other cryptocurrencies saw their fiat values start to heat up before prices rocketed in the fall. In July the former antivirus tycoon John McAfee told his Twitter followers that the price per BTC would touch a high of around $500,000 in three years. The software mogul doubled down on his wager and said if his prediction wasn’t right then he would “eat his dick” on television. However, when cryptocurrency market prices went parabolic at the end of November McAfee revised his bet and upped the stakes.

McAfee’s statements naturally got the entire cryptocurrency community talking. Even the most hardened believers had a hard time accepting the price would make it to $1 million per coin in three years’ time.

Oh! I've had a @officialmcafee cartoon for awhile … 😉 #bitcoin pic.twitter.com/43cPNKB93N

However, a website dedicated to observing the bitcoin price alongside McAfee’s 2020 target called Dickline.info says the current price is approximately 89.55 percent below McAfee’s forecast. The data is shown on either a linear or logarithmic scale chart with a trendline that plots a default 0.484095526 percent daily growth trajectory. At the current price of $3,965 per BTC, it would have to gain 482.81 percent per year. Dickline.info’s chart parameters for the McAfee bet can be changed and the website also has a timeline for Tim Draper’s 2022 prediction. Draper’s prediction of BTC reaching $250,000 by Dec. 31, 2022 is also down, but only by $ 14,844 at the time of publication.

On Feb. 22 McAfee said the media misquoted him and told his Twitter fans that “Dec. 31, 2020, is not an exact date.” “Let’s all be clear again: I predicted Bitcoin would reach $1,000,000 before the end of 2020. That is not saying it will hit that price on that date,” McAfee stated. In order for BTC to be above McAfee’s prediction target, Dickline.info’s slider must be moved to 0.09 percent daily growth trajectory. Just like cryptocurrencies, there’s a whole lot of math behind the website’s calculations and even though McAfee’s price sounds crazy, in terms of daily movements it’s not much. A great example is November 2017 when BTC climbed close to $1,000 per day for three days in a row.

“Compared to the enormous price changes, half a percent does not sound like much to you? This is the magic of exponential growth,” notes Dickline.info.

Do you think McAfee’s prediction could happen or do you think he will be forced to perform his stunt on TV? Let us know what you think about this subject in the comments section below.