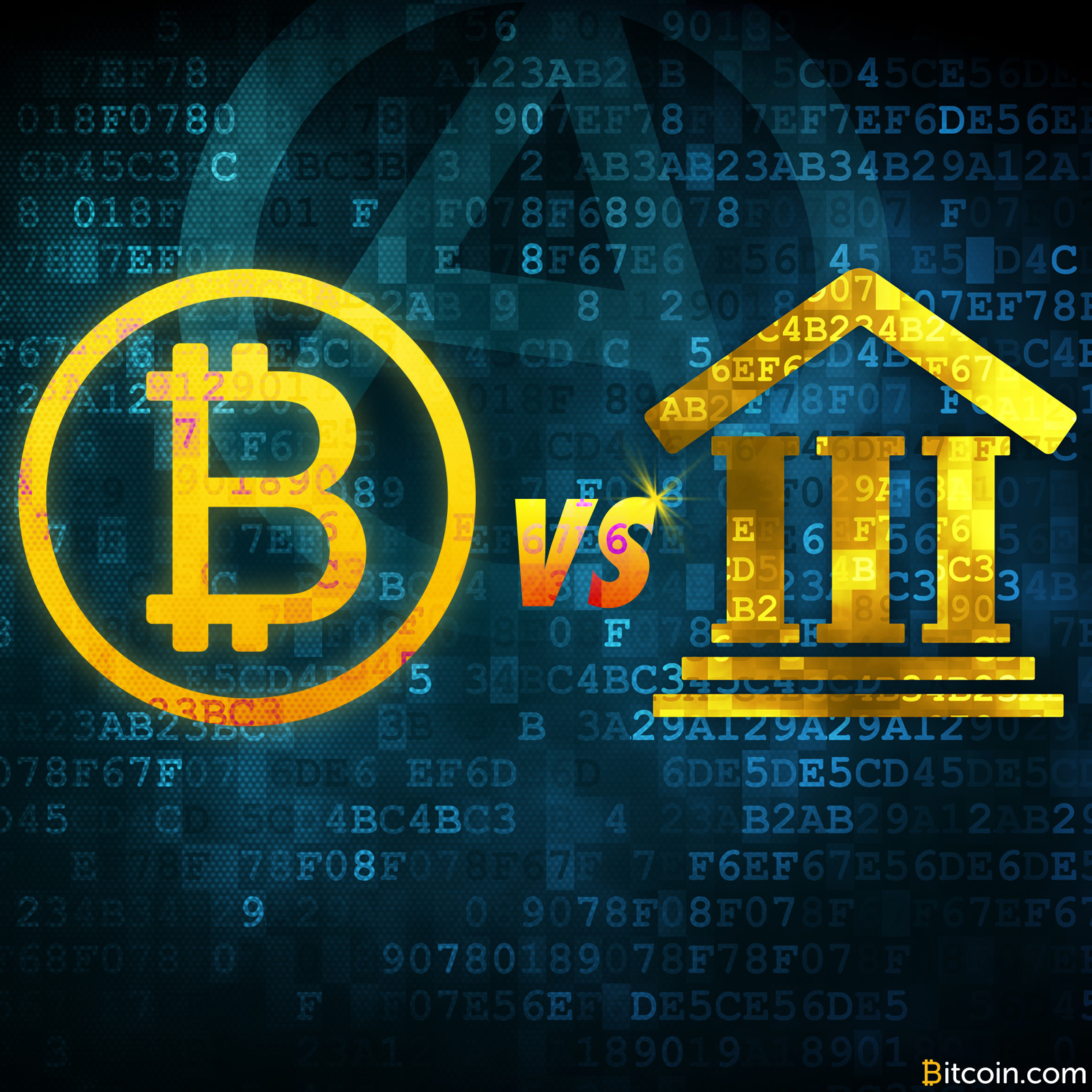 A dangerous legal cloud on the horizon has edged closer. On Tuesday, November 28, Senate Bill 1241 was heard by the U.S. Congressional Committee on the Judiciary. Whether or not the bill passes, it expresses the direction of government’s increasingly aggressive interest in cryptocurrency.

Section 13 of the “Combating Money Laundering, Terrorist Financing, and Counterfeiting Act of 2017” seeks to amend 31 U.S. Code § 5312, which addresses definitions and their application. Specifically, the revision would include “digital currencies” as “monetary instruments” and “any digital exchanger or tumbler of digital currency” as a “financial institution.” The other sections become relevant because the redefinition of digital currencies makes them fall under their jurisdiction.

Some people will cheer because they believe regulation indicates that crypto is going “mainstream.” Others shrug because, in the final analysis, they believe the likes of bitcoin cannot be controlled by authorities. They are probably correct…in the final analysis. In the short term, however, lives can be destroyed. And we all live in the short term.

The prudent approach is neither applause nor dismissal. It is preparation. Because the government is coming, and it wants your money.

The simplest solution is avoid the United States. Often, that solution is not workable. For one thing, governments everywhere are trying to ban, to own or otherwise to control crypto. Government is determined to retain its status as the trusted third party in the issuance and regulation of money. “Going mainstream” makes using cryptocurrency far more dangerous for those who value privacy and freedom.

The “Combating Money Laundering, Terrorist Financing and Counterfeiting Act” is an anti-money laundering law that federally regulates cryptocurrency. Many client-friendly exchanges and other crypto-businesses have already fled the U.S. due to the hostility or the power-grabs of federal agencies, such as the Securities and Exchange Commission. S1241 can be viewed as a template for how government intends to proceed.

$10,000 US is the key. It is the amount in cash or monetary instruments that must be declared at the U.S. border. It also triggers U.S. financial institutions to fill out a currency transaction report that can cause government to freeze or confiscate accounts, whether or not there is evidence of criminal activity.

S1241 is a drastic expansion of the $10,000 trigger. Government gets a powerful opening wedge to tax, to confiscate and to claim authority over cryptocurrency. When does government ever stop at an opening wedge?

But, first, a sidenote. The bill is also covert. An alert bitcoiner noticed that the Senate Judiciary meeting was listed on the official webpage as 10 a.m. on the 28th but it was only added to the Hearing page at 6 p.m. the evening before; this effectively precluded media coverage, protests, and rebuttal testimony.

Section 2: “Transportation or Transhipment of Blank Checks in Bearer Form.” This would amend Section 5312 of Title 31 of the United States Code. Any check entering or leaving the U.S. which is “drawn on an account containing more than $10,000” and has no dollar amount filled in would be “valued in excess of $10,000 for reporting purposes.” $10,000 is the threshhold for filing “a report with Customs and Border Protection.”

Section 3: “Increasing Penalties for Bulk Cash Smuggling.” Bulk cash smuggling means concealing $10,000 or more in currency or monetary instruments when you cross the border. Maximum punishment would increase to ten years imprisonment; fines would increase by an unspecified amount.

Section 4: “Section 1957 Violation Involving Commingled Funds and Aggregated Transactions.” Section 1957 deals with “the transfer of criminal proceeds…without the need to demonstrate” criminal intent. Two loopholes would be closed. 1) $10,000 in funds in which ‘dirty money’ have been commingled with ‘clean money’ would be considered $10,000 of dirty money. 2) A series of transactions under $10,000 that are “closely related in time, the identity of the parties, the nature of the transactions, or the manner in which they are conducted” would collectively meet the $10,000 threshold.

Section 6: “Illegal Money Services Businesses.” These are businesses that send “send criminal proceeds abroad” with non-registration itself being a crime; the language of current statutes would change from “unlicensed” to “illegal.” Knowledge of the need to register would be no defense. The term “money transmitting business” would be replaced with “money services business” to include “entities…such as check cashiers” that “do not transmit money.” Penalties and fines would increase.

Section 7: “Concealment Money Laundering.” This applies to “couriers or mules.” The Supreme Court found that a defendant needed to know the transportation of proceeds was designed to be clandestine and precisely why they “were so transported” in order to be guilty. This section would greatly dilute or eliminate those requirements by changing the wording of statutes.

Section 8: “Freezing Bank Accounts of Persons Arrested for the Movement of Money Across International Borders.” A 30-day hold would be instituted and could be extended “for good cause.”

Section 9: “Prohibiting Money Laundering through Hawalas, Other Informal Value Transfer Systems, and Closely Related Transactions.” This would redefine what constitutes a money laundering offense when it involves “a set of parallel or dependent transactions.” All would be considered “a single plan or arrangement.”

Section 12: “Conduct in Aid of Counterfeiting.” Updated counterfeiting laws would include new technology, “materials, tools, or machinery” being used.

First, 5312 currently states: “(2) ‘financial institution’ means—…(B) a commercial bank or trust company.” This would be amended to insert “or any digital exchange or tumbler of digital currency.”As Coindesk observes, “the bill clarifies that any ‘issuer, redeemer or cashier’ of a ‘digital currency’ is also covered.”

Second, the summary provided by Senator Charles Grassley states, “funds stored in a digital format” would be included “within the definition of monetary instruments” making them subject to “anti-money laundering reporting requirements…where the value stored is above $10,000.”

Section 14: “Administrative Subpoenas for Money Laundering Cases.” This would expand the availability of administrative subpoenas and justify an accompanying “non-disclosure order.”

Section 15: “Obtaining Foreign Bank Records from Banks with U.S. Correspondent Accounts.” The section “would strengthen this existing investigative tool.” For example, foreign banks would be subpoenaed for records related to any “civil forfeiture action” and punished for noncompliance.

Section 17: “Clarification of Secret Service Authority to Investigate Money Laundering.” This would expand the Secret Service’s authority. For example, it would remove the requirement that a financial institution under investigation must be one that is “federally insured.”

Section 18: “Prohibition on Concealment of Ownership of Account.” This would make it an offense for a person “to knowingly conceal, falsify or misrepresent, from or to a financial institution” their identity or “a fact concerning the ownership or control of an account or assets held in an account.”

Section 19: “Prohibition on Concealment of Source of Assets in Monetary Transaction.” Currently, a person must be charged with an offense to be prosecuted for concealing, falsifying or misrepresenting involvement with a “primary money laundering concern” or a foreign individual of concern. This section would remove that requirement and allow the government to pursue the assets of the entity or person.

Section 20: “Rule of Construction.” This “would clarify that nothing in the legislation shall be construed to apply to the authorized law enforcement, protective, or intelligence activities of the U.S. or of a U.S. intelligence agency.”

The real problem with legislation is that it never remains confined within the initial annoucement of purpose. The unintended consequences are often the most powerful.

For example, S1421 establishes a new precedent, and it is not clear where it will lead. Anyone accused of tax fraud can also be accused of money laundering, even if there is nothing illegal involved. Lawyer Ballard Spahr declares,

If passed in its present form, S. 1241 ironically will take the one kind of offense which Congress has historically not allowed to form the predicate for money laundering – i.e., “garden variety” tax fraud not involving illegal proceeds – and turn things on their head. That is, transactions promoting a tax crime, so long as they involve a cross-border transaction, will be the one and only kind of transaction that can constitute a money laundering offense when the proceeds represent otherwise entirely legal funds.