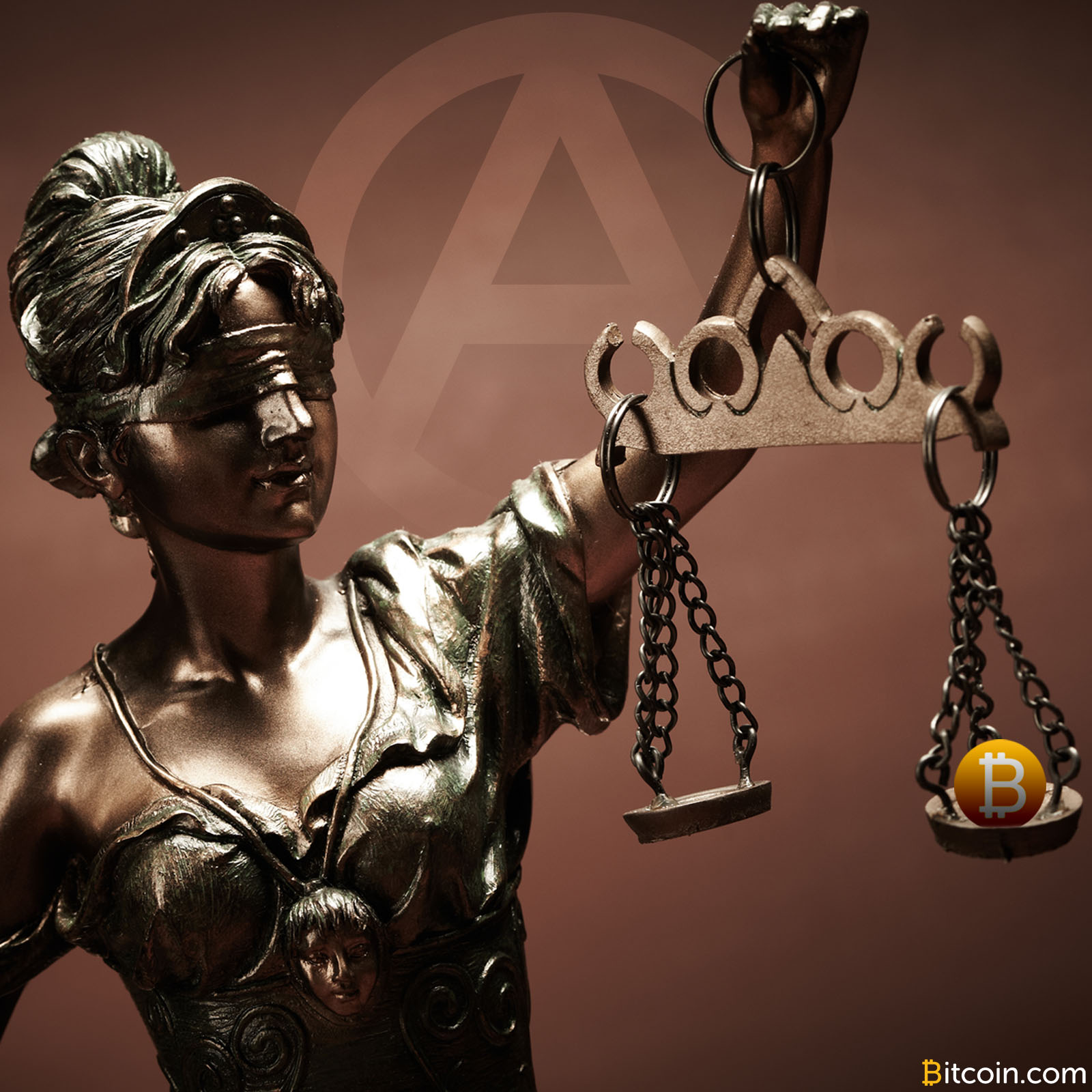 A central bank is a clearing house for national currency; it is a middleman for a nation’s financial policies. It enjoys monopoly control over the production and distribution of a nation’s money and credit. Typically, it also sculpts monetary policy through mechanisms, such as setting interest rates, and it polices member banks.

Even when a central bank is nominally independent, as the U.S. Federal Reserve System is said to be, it is entirely dependent upon government for the legal privileges that empower and define it. Yet, people continue to insist the two institutions are independent. This confusion serves the purposes of government and banks at the expense of average people.

The Case Against the Fed is Murray Rothbard’s attack on the Federal Reserve. He explains that, even though “’independent of politics’ has a nice, neat ring to it,” there are two problems with the claim. First, it is a sleight-of-hand. Second, the much-vaunted autonomy of the Fed is actually a government-grant of immunity that does not preserve monetary integrity but threatens it.

To focus on the second point: The Fed operates with considerable independence. Autonomy is desirable, Rothbard observes, for “private, or market, activities [which] should be free of government control, and ‘independent of politics’ in that sense.” It is entirely different, however, to say that “government should be ‘independent of politics’.” The private sector is accountable to customers, competition, stockholders and other market forces. A government agency is generally responsible only to public opinion and to Congress. But an autonomous government agency loses all such accountability and operates as a rogue.

[I]f government becomes “independent of politics” it can only mean that that sphere of government becomes an absolute self-perpetuating oligarchy, accountable to no one and never subject to the public’s ability to change its personnel or to “throw the rascals out.” If no person or group, whether stockholders or voters, can displace a ruling elite, then such an elite becomes more suitable for a dictatorship than for an allegedly democratic country. And yet it is curious how many self-proclaimed champions of “democracy,” whether domestic or global, rush to defend the alleged ideal of the total independence of the Federal Reserve.

Government protects the fiefdom in its midst because the Fed benefits the political structure on a bipartisan basis. The central banking system is a vehicle of  monetary control and funding for anyone in power. Funding is especially important. According to an August 15, 2017 article in the Financial Times, “Leading central banks now own a fifth of their governments’ total debt.” The six key central banks “that have embarked on quantitative easing over the past decade — the US Federal Reserve, the European Central Bank, the Bank of Japan and the Bank of England, along with the Swiss and Swedish central banks — now hold more than $15tn of assets according to analysis by the FT of IMF and central bank figures, more than four times the pre-crisis level.” That’s a staggering amount.

[Note: Quantitative easing occurs when a central bank purchases securities, usually government ones, in order to lower interest rates and increase the money supply. This artificially fuels the economy by driving down borrowing costs for households and businesses.]

The Lesson of History

Governments and central banks are not independent. Collusion between them is inherent and intimate, not accidental, as history reveals. The Swedish Riksbank is widely regarded as the first central bank. Opened in 1668,  Riksbank was technically a private, joint-stock bank, but it functioned under strict royal authority; the king mandated the rules of operation and appointed the bank’s management. The entire purpose of the Riksbank was to lend funds to the government and to be a clearing house for commerce.

In 1694, the Governor and Company of the Bank of England was created by Royal Charter. It is the model upon which most modern central banks draw. The Bank of England emerged because King William III’s credit was drek. The joint-stock company provided a path for the king to rake in the public funds that allowed him to continue waging  war. William III was at military odds with Ireland, Scotland and North America, who were in various stages of rebellion. More importantly, however, the Nine Years’ War (1688-1697) with France had devastated England’s navy. But no financial institution would risk the £1.2M required to reconstruct it.

Accordingly, English law established artificial incentives to loan money to the king. Those who did so became incorporated as joint owners of the Bank of England. Lenders gave the king cold cash in return for which they received exclusive access to the government’s finances. The bank also became the only limited-liability corporation allowed to issue banknotes, which it did, using government bonds as collateral. In other words, the Bank of England extended a loan to a recipient no one else would touch; it acquired bonds from the king; based on the bonds, the bank then issued money, which was lent out again. Without legal privilege, the central bank would not have attracted any investors or finance. With legal privilege, the £1.2M was raised in less than two weeks.

Government and central banks are two hands washing each other.

On Civil Liberties and Central Banks

Financial gain is not the only motive for herding people toward the trusted third parties of central banks. There is also a hunger for power. War is the ultimate flexing of power through which governments maintain, assert and expand themselves. War requires money – a lot of it. The question is how to get enough.

There is outright theft. The economy can be looted but that means looting individuals who tend to object. Sometimes, they object dramatically, as in 1215 with the Magna Carta. A contemporary commentator publicly warned the monarch King John, “With occasions of his wars he pilleth them [the people and nobles] with taxes and tallages unto the bare bones.” John was forced to sign the Magna Carta, presumably under threat of death. He pledged to cease pillaging the economy to pay for his wars.

When a government declares war it does so on at least three fronts: the opposing government, the people of the opposing nation, and the dissenters within its own territory. Some internal dissenters agitate on principle but their ranks are swelled by those who object to the taxes and the other civil liberty violations committed in the name of war. For government, the tricky question is how to extract as much money as possible without incurring a backlash. How to sidestep the tendency of people to assert their civil liberties and resist?

An underdiscussed aspect of central banks and currency manipulation is their impact on civil liberties. Direct taxes, confiscations, and regulations are visible. People understand a hand that reaches directly into their pockets or throws them in jail for refusing to pay the “war” portion of their taxes; they will disobey. By contrast, confusing monetary policies are invisible at a non-transparent bureaucracy level. People do not understand or immediately feel the impact of quantitative easing, for example. It does not prompt them take to the streets with picket signs. Instead, people go about their daily lives and simply assume the burden of an indirect tax they do not quite understand.

To restate the point through a parallel: inflation is a hidden tax that people tolerate even though they would rebel against a direct one; the inflation is comparatively unseen and not understood. Equally, people who would protest a pro-war tax tolerate central bank policies, without which the waging of war would be impossible. Those who are anti-war should call, first and foremost, for the dissolution of the Federal Reserve and all other central banks. But the role of central banks in financing war is unseen and, so, the government sidesteps the need to confront anti-war activists. People do not assert their civil rights because they do not know those rights are being violated. The role of central banks in social control remains unrecognized.

Average people cannot escape being victimized by the partnership of government and central banks. That is, they could not escape before the advent of Bitcoin. Unfortunately, government is now awake to the threat that cryptocurrency poses to its financial and social control. It is turning to the time-tested mechanism of monetary control: central banks. And central banks will be trying to do what has worked for centuries: monopolize the production and distribution of currency.

The process begins by a government issuing its own crypto through a central bank. It has begun.