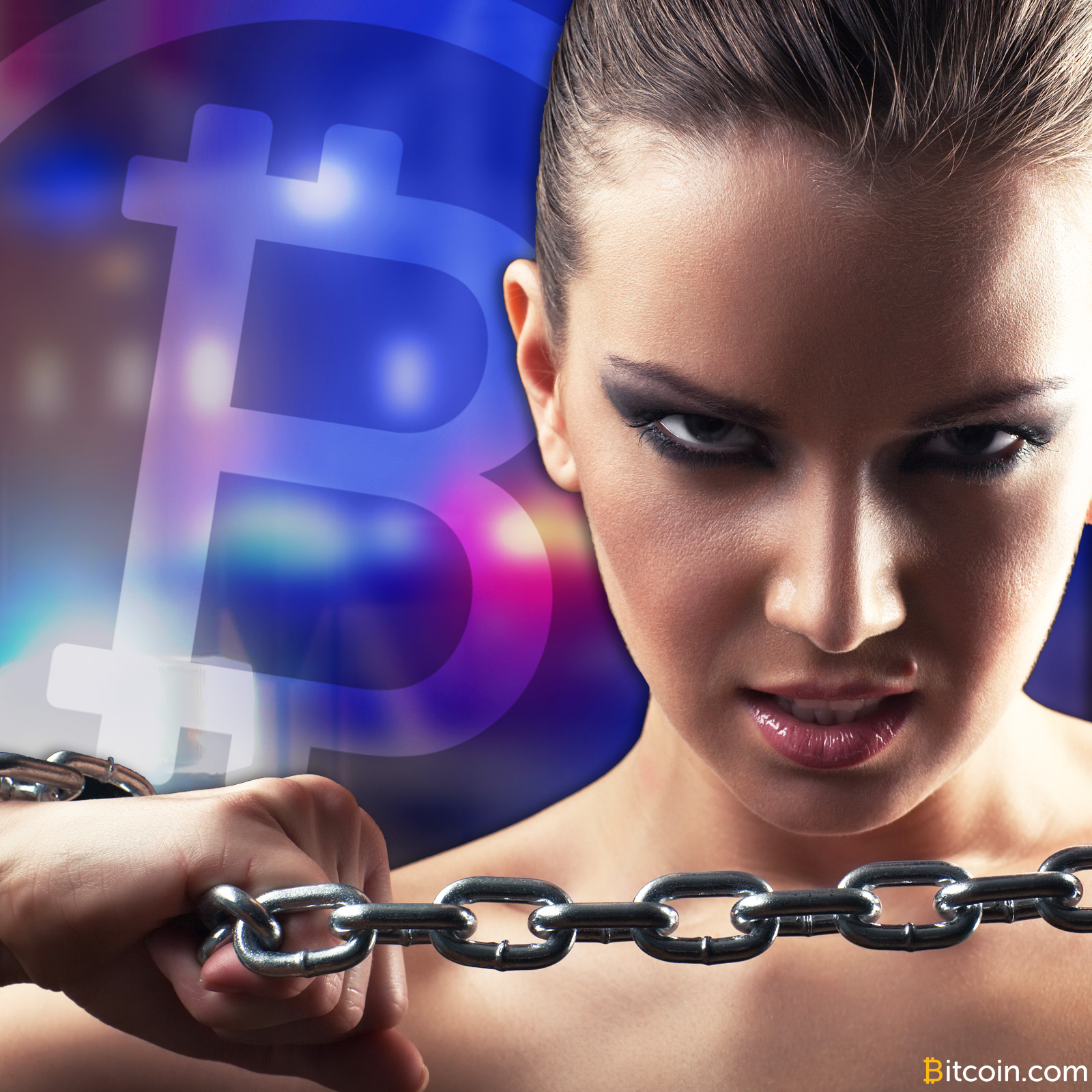 The Satoshi Revolution: A Revolution of Rising Expectations.
Section 2 : The Moral Imperative of Privacy
Chapter 6: Privacy is a Prerequisite of Human Rights
by Wendy McElroy

A February 6, 2018 headline in Reason magazine warned, “Governments Hate Bitcoin and Cash for the Same Reason: They Protect People’s Privacy.” The ensuing article spun off a quote from U.S. Treasury Secretary, Steve Mnuchin, “One of the things we will be working very closely with the G-20 on is making sure that this doesn’t become the Swiss numbered bank accounts.” Mnuchin rejects decentralized crypto as payment, investment, or savings systems because it cannot be easily tracked by government.

Privacy is the battleground upon which cryptocurrency will ultimately rise or fall.  The engine of crypto, the blockchain, is founded on the premise of anonymity or pseudonymity. The blockchain was specifically designed to obsolete “trusted third parties,” such as central banks, which act as data-collection centers for government.

Wei Dai and Mnuchin may seem to be polar opposites on privacy, but they are saying much the same thing, although their conclusions are antithetical. Privacy prevents violence.

For Wei Dai, this is a good thing. Privacy is overwhelmingly positive for individuals because it empowers and protects them against government. Privacy can cloak genuine acts of violence or fraud, of course, just as free speech can promote lies; every tool can be a weapon. More often than not, however, the violence prevented is wielded by government against those who flaunt authority: tax evaders, dissenters, regulation breakers, gray or black marketeers, drug dealers and users. Government punishes scofflaws, whether or not the laws are just or despite the fact that participants consented. To cryptoanarchists, like Wei Dai, no crime has occurred unless a person is injured or property is damaged. The violence occurs when a third party forcibly intervenes between consenting adults or people minding their own business.

For Mnuchin, privacy’s role in preventing violence is a bad thing because he administers government coercion against peaceful individuals. Of course, he does not call it violence; he calls it law enforcement. That doesn’t change the fact that government agents are pointing guns at peaceful scofflaws, not at the behest of any participant, but over their objections.

The ongoing crack-down on privacy is legitimized to the public by the faux claim that only criminals want “concealment.” (The Satoshi Revolution debunks this claim in the segment entitled “What Do You Have to Hide? Everything!”

Defenders of privacy usually give weak-tea arguments. Instead, they should straighten their spines, stand tall, and argue from high ground. The high ground: privacy and human rights are, and always have been, intimately connected concepts that enable individual freedom. Government wants people to abandon privacy because they would be abandoning a powerful threat to its authority.

(Here, privacy means “an individual’s right to control unrevealed personal data.” If someone voluntarily fills out a government form or otherwise broadcasts personal information, then he loses the right and the power to control its future distribution. But unrevealed data can be externally demanded only through violence; people can be coerced into revealing the contents of their mind; homes can be ransacked and computers can be hacked. Crypto-privacy, as epitomized by private keys, is unrevealed information, after which the government hungers.)

History can be viewed as a long social and intellectual experiment.

Pretend you are God. You perch attentively above the time-space continuum in order to watch the flow and impact of concepts upon human development through the centuries. The American Revolution feeds into and inspires the French one. The British Empire begins in the 16th century as Britain establishes its first colonies that, in turn, encourage mercantilism; after World War II, what remains of the Empire collapses in the face of independence movements based on an anti-colonialism that favors communism. From the mid-16th century, the British drove the Transatlantic Slave Trade until confronted by anti-slavery voices that said “every human being is a self-owner.” History is a laboratory in which the social and political affect of concepts can be charted, including the effect of privacy. Admittedly, the results are not as measurable as those produced by science, but broad outlines and conclusions are clear.

Arguing from history provides powerful advantages. To those who value facts, concrete examples can be compelling and persuasive. Moreover, drawing on history allows the cryptocurrency community to correct a fatal mistake; namely, it is defensive about privacy, when it should be on the offense because crypto stands on the moral high ground.

Financial independence is not the place to begin to demonstrate the link between privacy and human rights because anything to do with money arouses immediate cynicism. Money produced by work and through merit is the root of all good; it feeds families, fuels invention, and raises prosperity for all. Wealth from honest effort is to be celebrated, emulated, and protected from looters.

But money has been demonized as “the root of all evil” by those who never seem reluctant to accept it as donations, payment, taxes, or other forms of theft. The pervasiveness of plunder is a testament to the incredible power of wealth. But  plunder must be justified, or else it will be seen to be the outright money-grab it is. Thus, money and anyone who resists the theft of it are demonized as criminals or otherwise morally corrupt.

A better place to begin to link privacy and human rights is freedom of religion and due process. A pivotal insurrection in the 16th century defined the evolution of both within Western society. It revolved around a person’s right to keep his religious beliefs private so they could not be used against him in a court of law. A current version of this right is called “taking the fifth” — invoking the due process right against self-incrimination. Although this mainstay of due process is often portrayed as the last legal recourse of a guilty man, the intended and overwhelming beneficiary is the man in the street who, whether he realizes it or not, is protected against the exercise of arbitrary power.

The insurrection has background. In 1534, Henry VIII denied papal authority and established the Church of England, which maintained most of the traditional Catholic rites. Thus Protestants, called dissenters, were often tried for heresy; torture commonly accompanied trial. In the late 1530s the Protestant John Lambert was burnt alive for heresy. During his trial Lambert became the first known Englishman to proclaim it was illegal under God and the common law to compel a man to accuse himself. He appealed to the privacy of conscience.

The right to not bear witness against oneself had precedent in common law, but it was not enforced in English courts until in the late sixteenth and early seventeenth century. Its roots are deep in the history of religious persecution. Courts of the day required a defendant to answer a barrage of questions based on evidence gleaned from witnesses or informants, without informing the accused of the charges being brought. The interrogation aimed at trapping a defendant into a confession. People were tried on mere suspicion and, if found guilty, they were required to name other heretics. Silence was deemed a confession.

In 1563, John Foxe published the immensely influential Book of Martyrs, which has been called a “libertarian primer” on procedural rights. He argued for the right to remain silent. The right to keep personal information private.

Famously, the Leveller and libertarian John Lilburne employed Foxe’s procedures in 1637, when he was brought before the Court of Star Chamber for circulating Puritan books. Rather than being charged, Lilburne was asked how he pled. Refusing to take the customary oath, he declined to answer questions that bore witness against himself. Lilburne was fined, whipped, pilloried, and sentenced to prison until he complied. While in prison he penned an account of his brutal treatment entitled The Work of the Beast. In 1641, when the much-hated Star Chamber was abolished and the right to remain silent established in religious courts, Lilburne was widely credited.

Puritans who escaped religious prosecution to the New World carried Lilburne’s ideals, even though various colonial courts used torture to elicit confessions and required defendants to testify against themselves. By the time the colonies were states, however, six had clauses in their Constitutions against self-incrimination, and several others verged on including them. The right of a defendant against physical compulsion to speak was established at the national level in the Bill of Rights’ Fifth Amendment: “No person … shall be compelled in any criminal case to be a witness against himself….”

The right against self-incrimination – the privacy of personal information —  lies at the core of due process. It is historically anchored in the quest for religious freedom. It served as the strongest single protection against the use of torture by state authorities.

The human right against self-incrimination is currently under concerted attack by those who pit it against “security” or other governement interests, such as preventing tax evasion. The shrill demand for encryption keys and private crypto keys are two examples of government’s onslaught against privacy.

Privacy – the right to shut your front door, the right to be silent — has been protected for so long that it is taken for granted. People forget; privacy was established by those willing to be tortured and killed rather than to surrender  intimate information to enemies. The great wrongs of past governments were corrected and prevented by the blood of stubborn dissenters. The great wrongs are destined to be repeated unless privacy, like wealth, is celebrated, not demonized.

[To be continued next week, with how privacy was a core concept of the American Revolution.]

Reprints of this article should credit bitcoin.com and include a link back to the original.