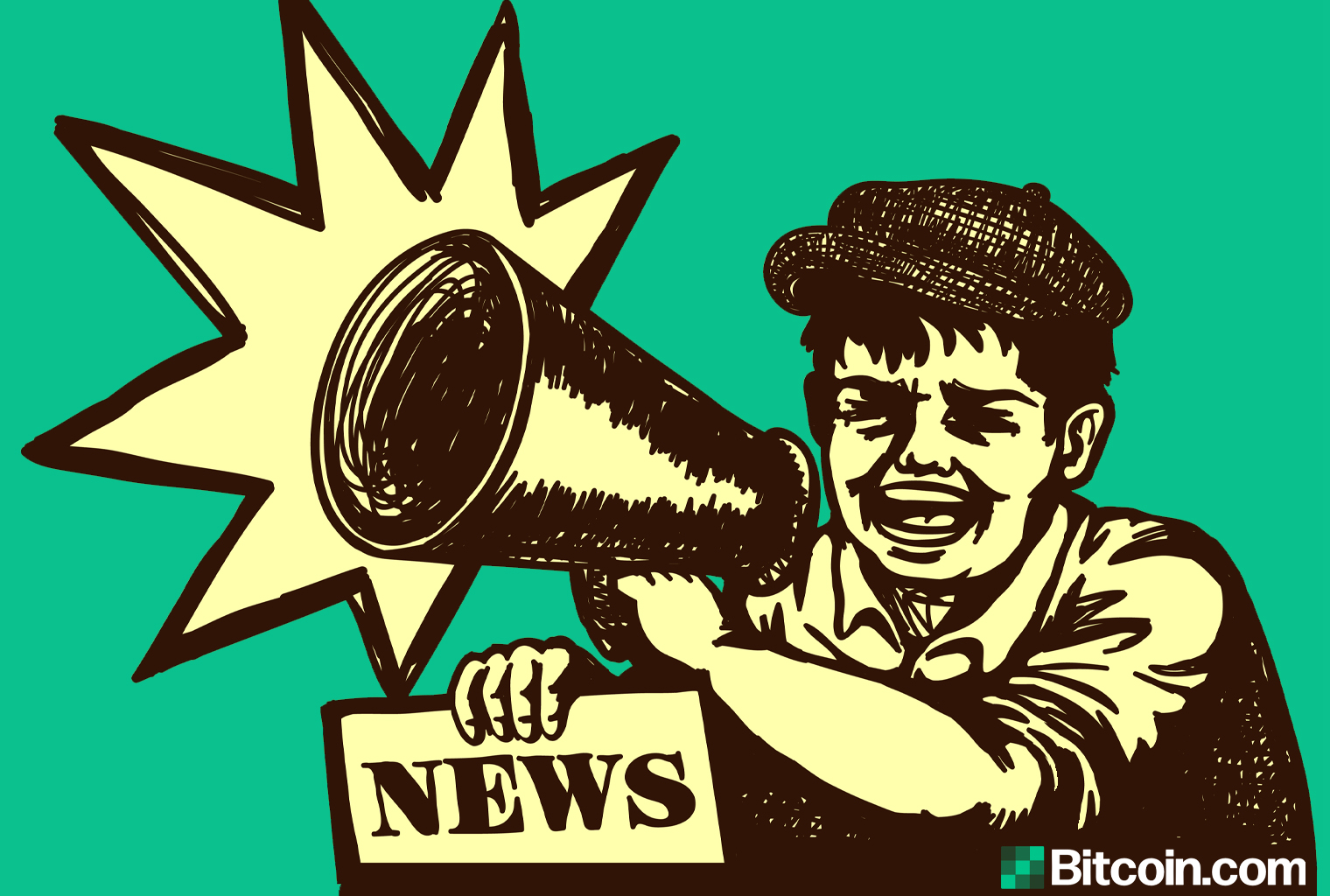 2019 was a crazy year for cryptocurrency enthusiasts and a number of interesting events happened throughout the last 12 months. It’s hard to keep track of the day-to-day activities taking place within the cryptosphere and there may be a few incidents some of our readers missed. At news.Bitcoin.com we took the opportunity to scan our most popular articles from 2019 in order to create a year-end list to share with our readers.

Bitcoin.com’s writers are entrenched in the cryptosphere and every day our writing team is on the hunt for cryptocurrency-related news. During the last 365 days, a number of our writers have published news stories seven days a week to keep our readers informed. There’s been a number of developments in 2019, as the community is dealing with digital asset regulations, crypto exchange hacks, central banks practicing monetary easing, and people claiming to be Satoshi Nakamoto. The following is a look at news.Bitcoin.com’s most popular crypto articles in 2019 by order of the highest-trafficked content.

Panic at 137 Bank Branches as RBI Limits Withdrawals to ₹1,000

In September, news.Bitcoin.com’s Kevin Helms reported on the Reserve Bank of India’s regulatory guidelines imposed, which limited bank customers’ withdrawals from 137 financial institutions. Customers from these bank branches were only allowed to withdraw “1,000 rupees (approximately $14) per account for six months.”

After the news spread, a number of India’s citizens revolted and the government had to send police assistance to a few different banks located in Mumbai. The report highlighted how the current banking system, no matter what country you live in, continues to grow untrustworthy.

More Signs the Next Big Financial Crisis Begins in Germany

Across 2019, a great number of central banks and countries participated in practicing monetary easing. However, one specific economy, that has been considered the foundation of Europe, has been showing signs of financial failure. In August, Lubomir Tassev explained that the German economy is facing an economic crisis that could cause a domino effect throughout the EU.

2019 statistics had shown that Germany’s strong industrial economy saw significant declines in production. “[Germany] is now seeing a significant decline in production – by 2.7% year-on-year in January and 1.9% in April compared to the previous month,” Tassev detailed. “Then in May, factory orders declined 2.2% from a month ago and registered an 8.6% annual drop, the biggest in a decade.” The following month the country invoked a five-year rent freeze in Berlin.

In May, the cryptocurrency community found another suspect who might be the infamous creator of Bitcoin. Kai Sedgwick reported on how the name Paul Le Roux found its way into the cryptosphere last spring. During the Kleiman v. Wright lawsuit, Document 187 had shown an unredacted name and Wiki link which belongs to the criminal mastermind Paul Le Roux.

The document led people to believe that Le Roux was smart enough to create Bitcoin and the coincidental timing of his arrest was around the same time Nakamoto left the community. Speculators really started wondering if Le Roux was Nakamoto when an anon from 4chan’s /biz/ messageboard insisted that “Bitcoin was a project of a evil genius … Paul Solotshi Calder Le Roux.”

Satoshi Nakamoto was a popular topic in 2019, and a few of news.Bitcoin.com’s highest-trafficked articles are written about this legendary character. The day before Halloween, news.Bitcoin.com published a story about the fascinating clues left behind by Bitcoin’s notorious creator.

The editorial discusses Satoshi’s planning, theories as to why Nakamoto left the community, and conspiracy theories like the idea that Bitcoin was created by the CIA. Satoshi left behind a bunch of clues and said some interesting statements back when the monicker spoke on bitcointalk.org and the cryptography mailing list.

All year long Indian cryptocurrency enthusiasts have been waiting on the final word in regard to digital currency regulations in India. News about the regulatory situation started coming to life in the spring and in March, India’s government told the supreme court that the crypto regulations being drafted were near completion.

Attorney Jaideep Reddy of Nishith Desai, a lawyer behind a writ petition opposing the crypto banking ban by the Reserve Bank of India, told news.Bitcoin.com at the time: “The matter was heard for a very short period of time — The matter started with the counsel for the Union of India stating that its committee is in the final stages of deliberations and that the matter should be heard after that.”

During the first week of August, it was discovered that the giant retail corporation Walmart patented plans for a stablecoin backed by USD. The news followed Facebook’s announcement to launch a coin called Libra. Walmart’s attempt also followed the time when the company attempted to start its own banking services back in 2006.

At the time, politicians and financial incumbents opposed Walmart joining the banking industry and the firm got so much pushback it decided to quit the banking attempt. However, with a ‘Walmart Coin,’ the company could skip all the banking charter laws and offer customers a different kind of “savings” incentive through cryptocurrency dividends.

News about cryptocurrency laws in India was of great interest to news.Bitcoin.com readers in 2019. On July 26, headlines detailed that an Indian official who led the committee which had created the crypto ban bill resigned.

Former Department of Economic Affairs (DEA) Secretary Subhash Chandra Garg decided to apply for voluntary retirement after receiving flak from the Indian cryptocurrency community. Supporters of friendlier digital asset laws in India, called the drafted bill “flawed” and after a few controversial tweets about crypto, he left his post. Moreover, a few days prior, members of the Indian government told the public that digital currencies were not banned.

In the first month of 2019, news.Bitcoin.com’s Lubomir Tassev wrote a review about eight different crypto debit cards people can use around the world. The editorial discussed cards issued by firms like Wirex, Bitpay, Revolut, Cryptopay, and Fuzex.

The report explained the negatives and the positive benefits to a loadable cryptocurrency card. In addition to detailed information about existing crypto cards on the market, Tassev also wrote about the upcoming card companies that planned to launch in 2019. The editorial highlights how the use of crypto debit cards “significantly expands the usability of digital coins in the world.”

There were a hell of a lot more popular stories last year and the eight mentioned above just scratch the surface when it comes to news.Bitcoin.com’s 2019 archive. Other reader favorites in our library this year included subjects like a possible Deutsche Bank collapse, how Citi, Deutsche, and HSBC laid off thousands of employees, the Indian supreme court’s struggles with drafting regulations, and the Philippines seeing 10 government approved exchanges.

There were plenty of Satoshi Nakamoto stories and unique editorials involving the mysterious creator of Bitcoin. The news about the U.S. tax agency telling the public they planned on sending 10,000 letters to American cryptocurrency owners shocked our readers. 2019 also saw the downfall of the biggest multi-level-marketing (MLM) crypto scam of all time when the so-called ‘Bitcoin Killer’ Onecoin crumbled.

Disclaimer: This article is for informational purposes only. It is not an offer or solicitation of an offer to buy or sell, or a recommendation, endorsement, or sponsorship of any products, services, or companies. Bitcoin.com does not provide investment, tax, legal, or accounting advice. Neither the company nor the author is responsible, directly or indirectly, for any damage or loss caused or alleged to be caused by or in connection with the use of or reliance on any ideas, concepts, content, goods or services mentioned in this article.