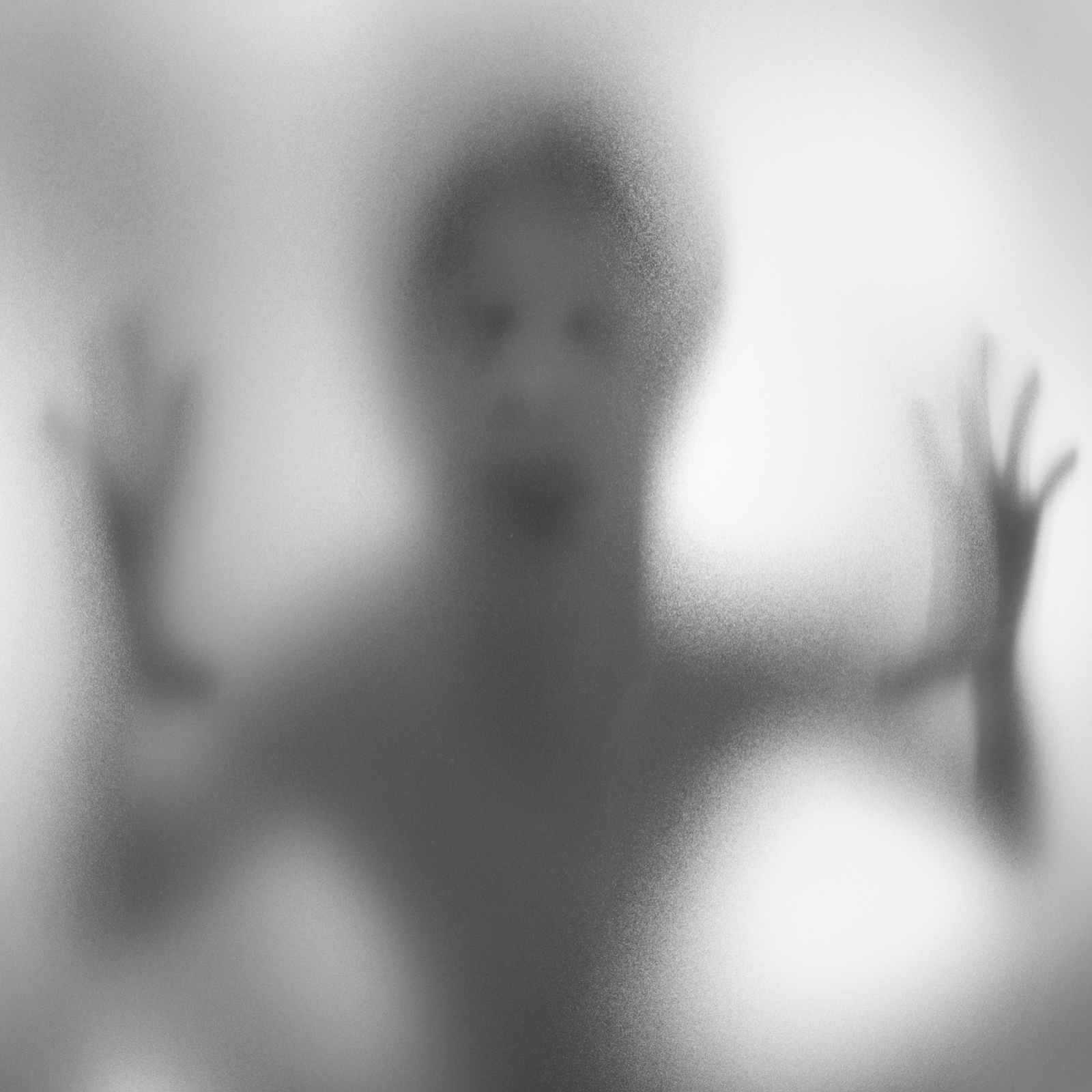 This week’s round-up features a colorful selection of bitcoin stories but we’ll start with the possible explanation for recent market dips. Most cryptocurrencies dropped in price over the period, following developments with depressing effect on traders. In Japan, Mt. Gox’s bitcoins stored in court ordered wallets have moved again, while in South Korea, the largest exchange Upbit has found itself under investigation for suspected fraud.

Markets React to Disturbing News from Japan and Korea

The prices of leading cryptocurrencies dropped this week, with some recovery across the board on Sunday. The negative trend was probably determined by some notable developments in Asia, powerful enough to influence the mood of traders. Just as Bitcoin (BTC) looked poised to storm the $10,000 psychological threshold, the ghost of notoriously hacked cryptocurrency exchange Mt. Gox reminded bitcoiners it isn’t done with them yet. Tokyo-based court appointed trustee of the remaining bitcoin to be distributed among creditors, Nobuaki Kobayashi, seems ready to flood the market, again. According to Blockchain.info, over 8,000 coins from two court ordered cold storage wallets have been recently shifted. As soon as the news broke, BTC prices plummeted.

South Korean media reported that the country’s largest cryptocurrency exchange, Upbit, is under investigation on suspicions of fraud. The exchange confirmed the news in a statement and tried to reassure its customers that their assets are kept securely, while “all transactions and withdrawals are operating normally.” Reports suggested that Upbit is suspected of transferring customer funds from their cryptocurrency exchange account to a representative or executive account. Acting on that information, Korean prosecutors have conducted search and seizure against the company, securing computer hard disks and accounting records. Upbit is currently the world’s fourth-largest crypto trading platform. 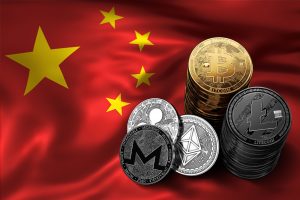 The Chinese government has decided to keep a close eye on decentralized currencies, despite all crypto bans it has imposed so far. Beijing authorities are set to publish a regular monthly analysis of over two dozen crypto assets in the form of the new Global Public Chain Assessment Index. “This independent analysis of cryptocurrencies and global public blockchain technology demonstrates the confidence of the Chinese Government in the technology, and will act as a guide,” according to a government press release. Almost 30 cryptos will be analyzed. The coins included in the index are expected to conform to certain standards like having an independent main chain and an open block browser.

China is also working to develop a national standard for blockchain technologies and applications. The new system should be completed and introduced by the end of 2019, according to reports by state-controlled media in the People’s Republic. Initially the blockchain standard will include basic standards, business and application standards, process and method standards, credible and interoperable standards, and information security standards, but the scope of its applicability will be expanded in the future.

The popular peer-to-peer exchange Localbitcoins has updated its Terms of Service (ToS), noting that the changes have been introduced mainly due to regulations in the European Union. The new ToS of the Helsinki-based trading platform highlight certain identification requirements. In some situations users will be required to submit a copy of ID, although identity verification is not yet implemented as a mandatory procedure for all traders. The company has detailed some of the situations in which identification will be necessary. These include trading over certain volume limits, cases of account hacking/recovery, and fraud investigations. The new terms will be enforced on May 25. 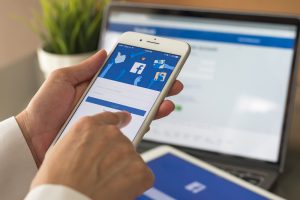 This week we also covered some interesting developments in our daily rubric “Bitcoin in Brief”. After introducing a ban on crypto-related ads earlier this year, social media giant Facebook is now considering creating its own cryptocurrency to facilitate on-platform payments, reports suggested. Sources familiar with the matter told the financial news outlet Cheddar that the network is serious about the project to introduce global crypto payments. A digital token would allow its two billion users around the world to take advantage of crypto transactions and skip state-issued fiat currencies. The company announced recently it had formed a team tasked to explore the uses for blockchain technologies that can be utilized to improve its business. The group is headed by David Marcus, former head of Facebook Messenger and ex-president of Paypal, who currently sits on the board of Coinbase.

Two popular Bitcoin Cash social media applications, Memo and Blockpress, have introduced new features on their platforms this week. Users can now upload pictures, video, and even torrent magnets found on the Pirate Bay. Memo has recently added a bunch of features like replies, emojis, and a counter for typing. Its programmers also added a ‘Topics’ section where people can discuss any topic trending on the application. On Thursday, the Memo development team added image and Youtube video support. Users can now upload a picture or their favorite Youtube video utilizing an on-chain BCH transaction.

Last week, another BCH-powered social media application was launched – Blockpress. Just like Memo, the platform enables the ability to publish 77 characters via the Bitcoin Cash network. Its developer “Attila” said that after the May 15 BCH upgrade the Blockpress platform will provide the ability to upload much longer content. Currently, its users can add images to posts, a notification feed, community topics, and a sidebar of followed profiles on Blockpress.

Bitcoin and the Carnal Temptations

A bitcoin supporter hopes to replace New York Attorney General Eric Schneiderman, who resigned amid a sex scandal. Four women have recently complained about non-consensual physical violence by Schneiderman. Stock market lawyer and former stand-up comedian Manny Alicandro has announced his candidacy on the Republican ticket. He is described as bitcoin enthusiast and a crypto investor, who advises several blockchain startups. Alicandro’s campaign will highlight the current harsh regulation of bitcoin in the Empire State and may accept donations in bitcoin. He has been quoted as saying that he would like to see lighter rules for cryptocurrency businesses. Alicandro believes that New York’s Bitlicense regime is hurting jobs and stifling innovation. 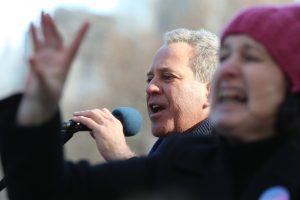 NY Attorney General Eric Schneiderman resigned just hours after the news about the violent sex scandal broke. His administration was behind an investigation into the operations of bitcoin exchanges which was rebuked by representatives of the crypto industry like Kraken CEO Jessie Powell who sharply criticized the regulatory overreach of his office.

This week bitcoin and carnal pleasures were mentioned together more than once. Exotic dancer Brenna Sparks, featured in the article about a Las Vegas club where strippers accept bitcoin via QR tattoos, has published a blog post on an adult entertainment industry portal explaining the advantages of cryptocurrency to her colleagues. Noting that digital money can help with upholding privacy and fighting piracy, Brenna also points out the main advantage of cryptos like bitcoin – helping people in the business avoid paying almost 50% to middlemen.

What are your thoughts on this week’s bitcoin topics? Let us know in the comments section below. 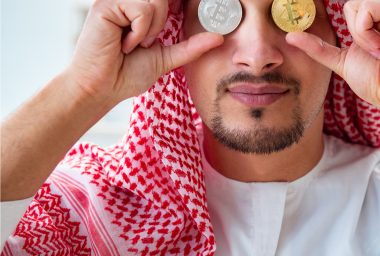 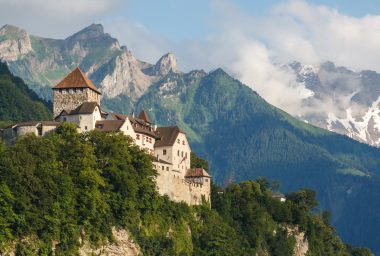