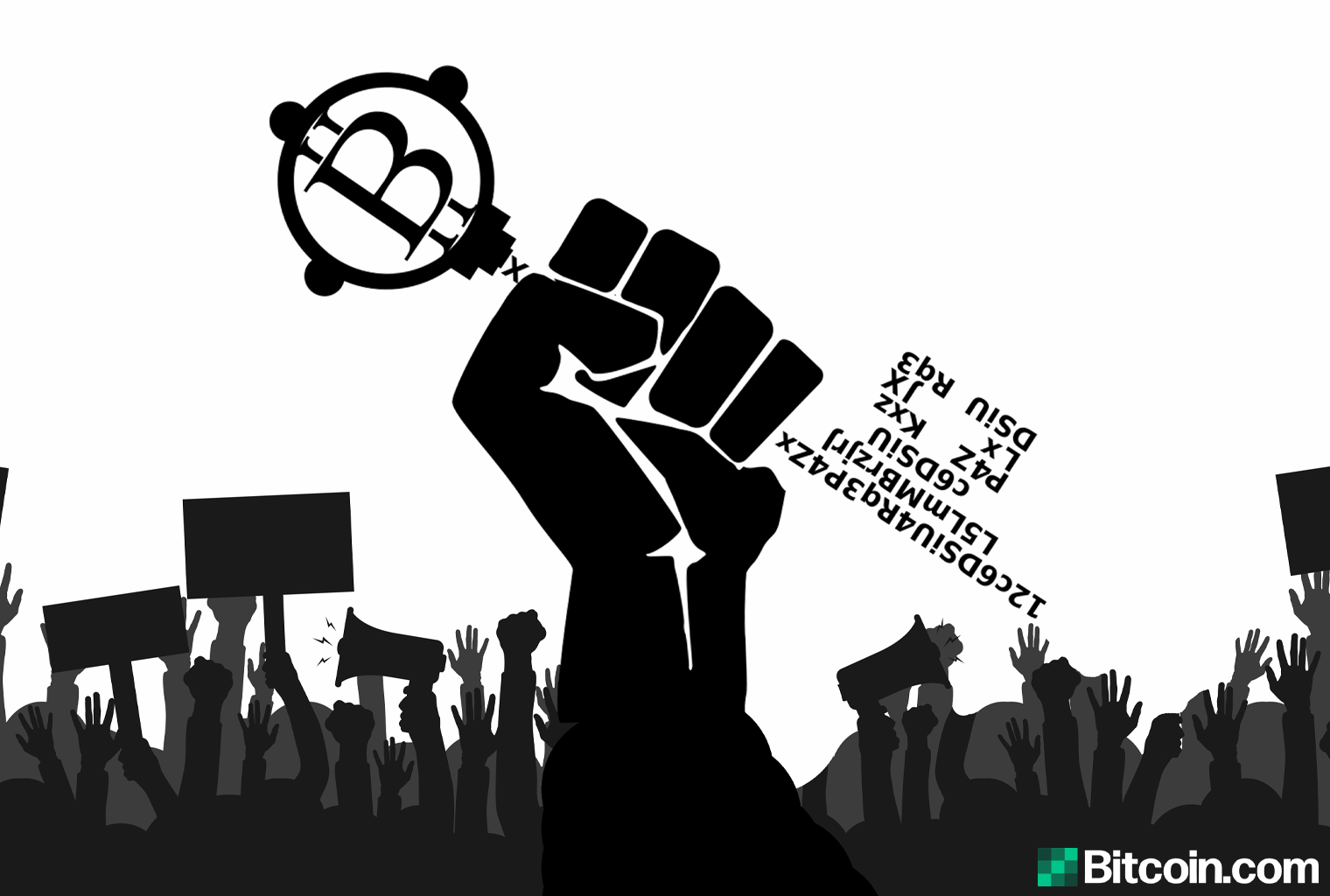 As the coronavirus outbreak causes havoc to the world economy, the U.S. is trying to prepare for the onslaught of new cases. U.S. politicians crafted shelter-in-place orders in various states and shut down a decent fraction of American industries. Now politicians are penning an enormous bailout package and American citizens are fighting about whether or not the money should help people or corporations. Right now as democrats and republicans are deadlocked over the stimulus bill, Americans on social media are tweeting hashtag phrases like “General Strike” and “Not Dying 4 Wall Street.”

On March 23, news.Bitcoin.com reported on how the corporate world and financiers are begging for trillions if the government decides to print a bunch of money to keep the economy afloat. Nearly every major industry in the U.S. from cruises, airlines, restaurants, hotels, defense contractors and lobbyists are all begging for a piece of the stimulus. At the moment, between the corporatists and monopolies looking for a handout, the American people want some money too, as politicians have been promising common citizens a cut of the pie. However, lots of Americans think they will probably get screwed over because of all the times the bureaucracy has failed them in the past. For instance, average citizens took to the streets in 2012 after people realized that the 2008 bailouts went to private institutions and to uphold the status quo.

I will keep my business closed until the doctors and scientists who know what they're taking about say otherwise. We the people can take care of each other. We don't need permission to act like decent human beings.#NotDying4WallStreet

The bailouts are here again and people are not pleased seeing Wall Street looking for a cut of the stimulus especially after a record-breaking stock market in 2019. The recent list of corporations and financial institutions looking for a handout has spurred the hashtag #NotDying4WallStreet on Twitter. The hashtag has over 87,000 tweets on March 24 and the trending term continues to climb hour after hour. “I didn’t work my entire life, live by the rules, to be considered expendable by men who are idiots — I AM #NotDying4WallStreet,” one person tweeted.

“#NotDying4WallStreet,” another individual wrote. “Occupy Wall Street was a picnic compared to what people are going to do if this ass tries to sacrifice their lives and lives of loved ones for greedy pricks on Wall St. Also no corporate handouts for slimy execs.”

In addition to the #NotDying4WallStreet hashtag, the term “#GeneralStrike” is also trending. Currently, there are more than 22K tweets connected to the #GeneralStrike hashtag and people are upset for the same reasons. “A #GeneralStrike is the best way to figuratively punch the oligarchs in the wallet,” one American tweeted on Tuesday. “But it’s only effective if a massive number of people do it — We have to do it together,” he added. “#GeneralStrike #GeneralStrike2020 — The USA is LONG overdue for a general strike — Bring American politicians and the corporations who put them in office to their knees,” another person tweeted. “They steal their wealth from us,” the individual added.

Does anyone else smell a general strike in the air? GOP and Democrats, you bailed out Wall St, you can bail out the people. We're #notdying4wallstreet

Despite the fact that people are mad at the corporatists and monopolies that have screwed them, society had already learned that the Occupy Wall Street movement didn’t really help much. Sure it woke a few people up and a lot more people noticed the oligarchs but people still went right back to using federal reserve notes and continued to enrich the bankers. If people are really upset they can opt-out of the manipulated financial system today because Satoshi Nakamoto provided the world with a peer-to-peer electronic cash system.

If people are thinking about general strikes and upsetting Wall Street maybe they should control their own destiny and be their own bank. Getting mad and upset about the oligarchs is a waste of time and you can move off the status quo’s monetary system right now. When people use bitcoin there’s no interest for politicians and the banking elite, no fees to corporatists, and more importantly, the money doesn’t feed war. Even Julian Assange recognized that crypto is very important to fighting the fascist leaders when he said: “Bitcoin is the real Occupy Wall Street.”

What do you think about the recent trends regarding the stimulus plan in the US? Let us know in the comments section below.