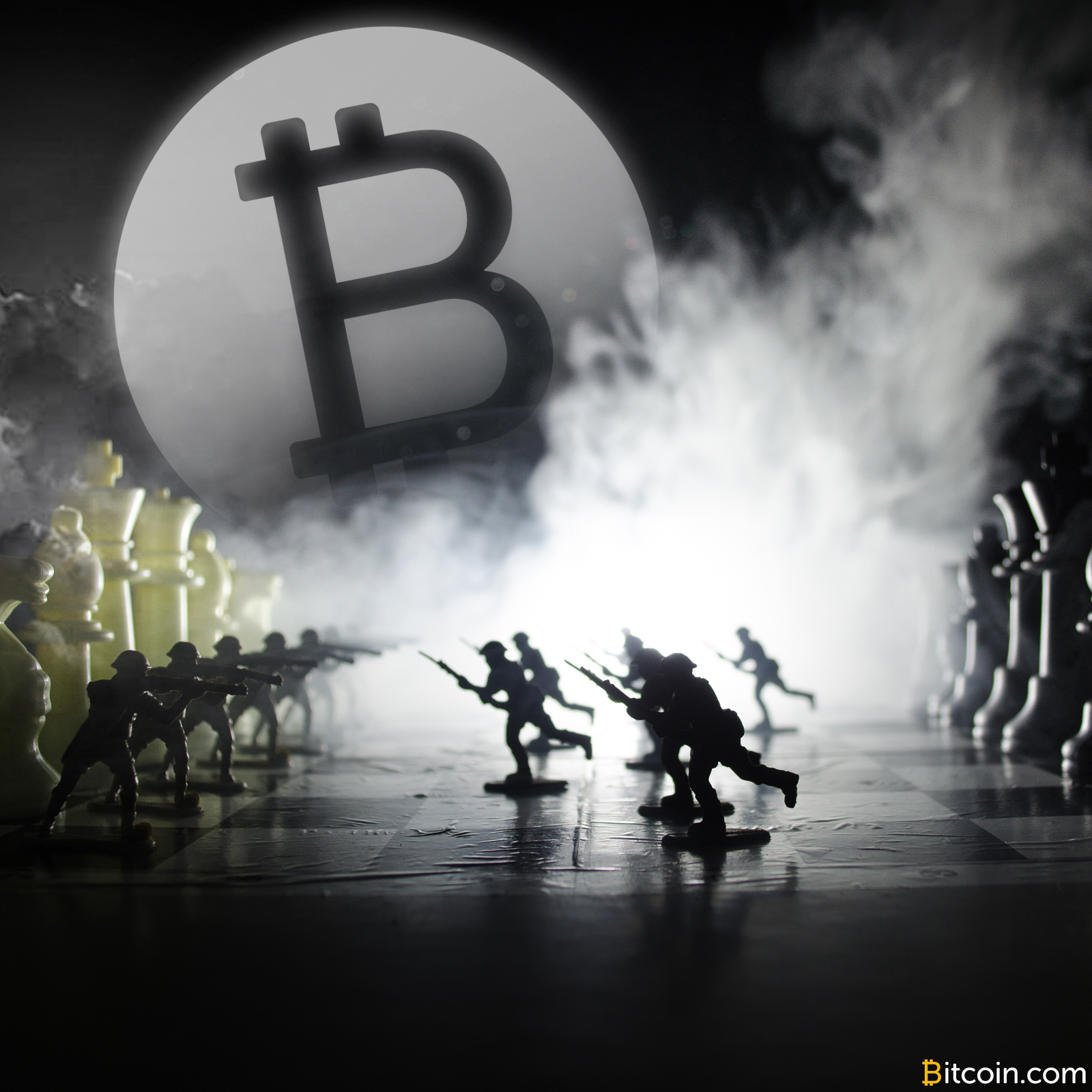 What do We mean by the [American] Revolution? The War? That was no part of the Revolution. It was only an Effect and Consequence of it. The Revolution was in the Minds of the People, and this was effected, from 1760 to 1775, in the course of fifteen Years before a drop of blood was drawn at Lexington.

A war on cryptocurrency has been declared. It comes from government and from those who believe crypto must be made “respectable,” which always translates to regulation, which always translates to people going to prison for making decisions about their own lives. Authorities and those who believe in authority want to control the wealth of other people.

The war is afoot. But the revolution continues. Cryptocurrency, like the printing press, has been a social and political game-changer. A huge window of freedom has opened for the average person who can now avoid the central banking system and the government’s grab for wealth and social control.

A lot of confusion surrounds the issue of revolution because it has been so badly portrayed. Barricaded streets, people rampaging, cars on fire, conflict with the military…that is not revolution. The violence may be the effects and consequences of revolution, but change comes from the hearts and minds of people when they embrace a new idea. Revolution is not rage and despair; it is hope and realization. The decentralization cannot be handed down, like a pretty gift, from those in political power to those who produce and engage in daily life. The power of decentralization rises up from people who understand that basic human rights are never something for which you say “thanks!” They are a birthright.

John Adams explained where the American Revolution could be found. “The Records of thirteen [Colonial] Legislatures, the Pamphlets, Newspapers in all the Colonies ought be consulted, during that Period…” The violence that erupted in 1776 could well be described as a Civil War because about a third of the colonial population backed the British. The War itself was not the revolution; indeed, the War interrupted an intellectual revolution that was slowly winning the loyalty of average people, and might have produced a non-violent societal overthrow. What would America now look like if it had not been born in blood? Fortunately, it was born in newsprint far more than in violence.

The quiet explosion caused by Satoshi in 2008 was every bit as much “a revolution.” Those who call it so are often dismissed as hyperbolic because the cryptocurrency eruption does not conform to the images of barricaded streets and people screaming “Pig of a Government!” The social changes in crypto are largely silent. “Pig of a Government!” remarks are hurled at a computer screen in the wee hours of the morning. The pioneers of cryptocurrency are far from traditional bombastic revolutionaries, like Che Guevara, whose portraits are plastered on the walls of post-revolutionary nations. Satoshi himself remains anonymous. It is an unassuming, unpretentious revolution.

Besides which, the subject in contention is finance—also known as “filthy lucre”–and since when is that idealistic enough to deserve a revolution? Shouldn’t the banner read “FREEDOM, JUSTICE”?

It does. Financial independence is freedom and justice. The ability of people to make and keep the wealth they earn is how people feed their children; it is how they rise from starvation to well-being; wealth allows people to own the land they walk upon; filthy lucre turns an assembly of strangers into a civil society that trades rather than makes war. Money is the engine of civilization itself because there is nothing more important than people being able to feed themselves. Freedom of speech, art, literature and the other amazing human accomplishments follow.

The revolution of cryptocurrency takes the custody and management of wealth away from central authorities, like central banks, and returns it to individuals. This is the return of freedom itself. The revolution is all the more remarkable because it has been so peaceful. Alas, the war is beginning.

Every successful revolution must answer, “What is the end point?” If there is no good answer, then a bad system will just be replaced by another bad system. The French Revolution that overturned a corrupt monarchy was replaced by a “Committee of Public Safety” that instituted what was called the “Reign of Terror.” The Satoshi revolution of decentralized personal finance must answer, “What is the end point?”

The question becomes a problem when people try to give one answer. That is, when they try to centralize the answer into a single statement. The key: there is no one answer, and there should be no one answer. Every human being must decide for him or herself. In his magnum opus “Human Action”, Ludwig von Mises described the principle of Methodological Individualism to which all supposed collectives dissolve: “First we must realize that all actions are performed by individuals. A collective operates always through the intermediary of one or several individuals whose actions are related to the collective as the secondary source…The hangman, not the state, executes a criminal. It is the meaning of those concerned that discerns in the hangman’s action an action of the state… If we scrutinize the meaning of the various actions performed by individuals we must necessarily learn everything about the actions of the collective whole. For a social collective has no existence and reality outside of the individual members’ actions.”

Ultimately, revolutions are not a collective. They can and should be reduced to their most basic unit: the individual. Every individual who refuses to obey must provide his or her own answer as to “why?” and “for what?” The answers cannot be collectivized without destroying the revolution itself. Including cryptocurrency.

The War is Coming

Cryptocurrency reverses the political trend that centralizes financial power over the lives of average people into the hands of the elite. The centralization of power literally kills the average person, for example, through war.

The famed Austrian economist Murray Rothbard depicted the struggle for freedom as being Power versus Liberty. It can be rephrased as a struggle between centralization versus decentralization. It is King versus Commoner.

To some, cryptocurrencies are nothing more than a profit-making scheme. So be it for them. But everyone who values the political aspect of cryptocurrency should ask themselves: are you part of the revolution or part of the war?