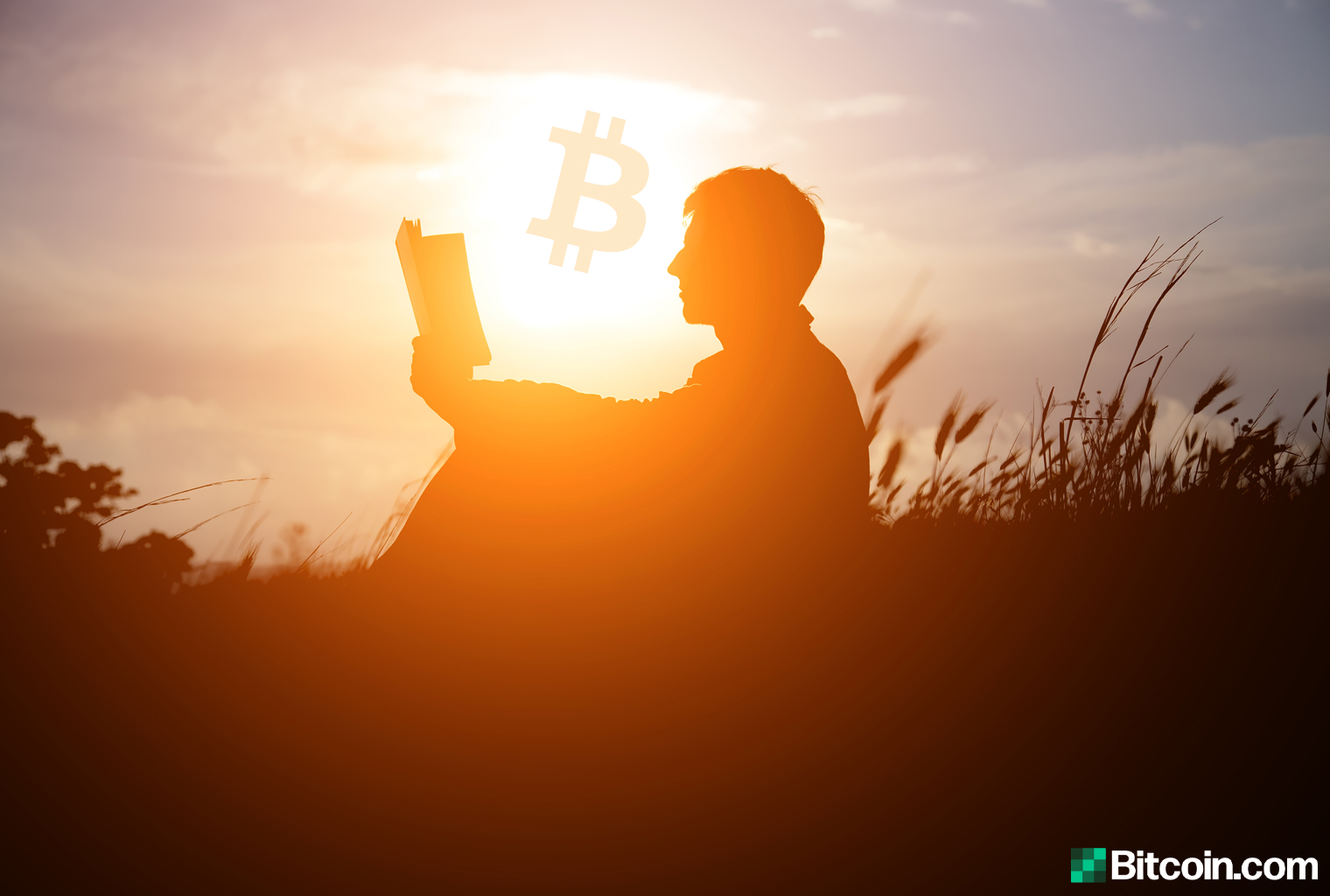 When Satoshi Nakamoto launched the Bitcoin network, not only was the protocol a breakthrough in computer science, but it transformed the way society perceives money, economics, and freedom. “The Satoshi Revolution” written by Wendy McElroy delves into the transformative technology Nakamoto introduced 11 years ago by exploring the evolution of this new money. McElroy’s book describes how cryptocurrencies can enrich the lives of individuals fighting for liberty in a world filled with monetary manipulation and political propaganda.

Also read: No Backdoor on Human Rights: Why Encryption Cannot Be Compromised

The Abolition of the ‘Money Monopoly’

Two weeks ago I sat down and read Wendy McElroy’s latest book “The Satoshi Revolution,” a chronicle that describes the invention of Bitcoin and how it can alter the way society can operate going forward. McElroy is a well known Canadian libertarian author who has written a number of books since the early eighties. She also cofounded The Voluntaryist magazine created in 1982 and when I first started my path toward anarcho-capitalism, I read a number of McElroy’s articles. McElroy’s words, like the many others I was reading at the time from Ron Paul, Murray Rothbard, and Ludwig von Mises, fundamentally changed the way I looked at the world. A few years ago, McElroy came to write for news.Bitcoin.com and I was very excited to see what she had to say. I found out later that she was writing a book about Bitcoin, Satoshi, and the cryptographic tools that have the potential to promote economic freedom.

Bitcoin.com now has McElroy’s 2020 e-book “The Satoshi Revolution” hosted on the website and available to anyone interested in reading the title. The Satoshi Revolution’s opening chapter discusses how Satoshi gave the world the first practical solution to the Byzantine Generals Problem. Not only that, but Bitcoin revolutionized our conception of money and finance because it provides a system that removes third party interference. “The trusted third party problem has haunted modern financial systems and centralized exchanges because people require an intermediary to make them work,” McElroy’s introductory chapter explains. McElroy highlights the fact that third party intermediaries can be “good or bad,” but the “current system of state-issued money and central banking” has proven to be a failure.

McElroy provides a comprehensive history of the past and the first few chapters of her book do a great job explaining the trusted third party problem. She talks about Friedrich Hayek and Murray Rothbard’s arguments for free markets and how they discussed private currencies that could help bolster individualism. However, despite economists explaining how things could be designed for the betterment of society, McElroy’s words describe what really happened. “The modern neglect of free-market money” and the manipulation of banking through ‘trusted’ third parties. Freethinkers and “radicals” however not only debated the subject of private currencies, they also “experimented with private currencies and new economic models.” McElroy highlights these events by stating:

Happily, their main economic goal was the abolition of the “money monopoly.” The term referred to three different but interacting forms of monopoly: banking, the charging of interest, and the privileged issuance of currency. The abolition of state power over currency was the focus, and they eschewed the use of force to implement their own schemes.

Introducing a Better System That Serves the Needs of the People, Not the Elite

The book’s beginnings further explain how a radical individualist theory grew worldwide amidst the creation of the United States. Certain aspects of early America had shown signs of a prosperous free market concept, but McElroy underlines how the government eventually extinguished this idea and outlawed private money. Further, in the book, McElroy weaves through topics like the Mises Regression Theorem and the cypherpunks promoting cryptographic tools during the eighties and nineties. At that time a few more radicals tried to create private currencies and chapter two tells cautionary tales about those who attempted to create digital cash before Satoshi. From here, McElroy describes the introduction of Satoshi Nakamoto and the emergence of Bitcoin. Over the last decade, there have been many debates over whether or not Satoshi was a libertarian. McElroy gives an in-depth look at the political motives the creator might have had and leveraged evidence from early writings. On January 3, 2009, the Bitcoin network was unleashed, giving society a new path to choose from in a world filled with manipulated monetary policy.

“Individuals had a viable, private currency that allowed them to control their own wealth and become their own banks—to self-bank,” an excerpt from McElroy’s book notes. “At last, there was a practical path away from the manipulated fiat and the corrupt financial institutions that formed the basis of state power.” McElroy adds:

Bitcoin came at the right moment. Just two years before, the monetary monopoly had caused the devastating financial crisis of 2007-2008 across the globe. Bitcoin and the blockchain offered individuals a better system—one that served their needs, not those of the elite, and it promised financial independence and control that is the foundation of autonomy.

McElroy describes Satoshi’s early writings and the Bitcoin network’s nascent years. Not too long after the Wikileaks donations and the creation of the Silk Road marketplace, governments started taking cryptocurrencies seriously. The mid-section of The Satoshi Revolution details how the U.S. government and bureaucracies worldwide have tried to deal with the digital currency revolution. McElroy’s book notes how the elite realized peer-to-peer transfers sidestep central banks and state-issued currencies. Because freedoms like these are bolstered by crypto, the nation-states know their power is weakened, McElroy writes. So politicians and bankers have tried to curb peer-to-peer trading by calling it “illegal money transmission” and more recently bureaucrats are out to extinguish coin mixing applications. The Satoshi Revolution underscores how the very existence of cryptocurrency has threatened the central planners and manipulators. The threat scares them incredibly and McElroy’s book cites this occurrence on many occasions. The Satoshi Revolution describes how these freedom-promoting benefits have invoked an all-out attack against Bitcoin.

“Crypto’s existence raises the question of whether the state is necessary,” McElroy stresses. “If the free market can so easily assume one essential state function—the issuance and circulation of currency—then why can’t it assume others, or them all?”

Overall, McElroy’s novel is a fascinating dive into the beginnings of private money and how an anonymous creator in 2009 changed everything. The 171 pages kept me intrigued throughout and I learned a number of things I didn’t know before. I always think a good book should make me look at things from a different perspective and this one certainly does that. The Satoshi Revolution also has a thought-provoking introductory preface written by the well-known Austrian economist Jeffrey A. Tucker.

The Satoshi Revolution has cushioned my belief that I too am doing something special by teaching people about the economic freedoms cryptocurrencies can provide. Before I found crypto, I concentrated on various problems society faces, but I realized that I wanted to circumvent the state in a more productive fashion. Just as religion was separated from the state, I feel that the separation of money and state will promote the greatest effort toward freedom this world has seen in centuries.

McElroy’s book The Satoshi Revolution has made me aware that my path will not be fruitless. Toward the end of McElroy’s tome, I realized she had come to the same conclusion as I had. “Crypto-anarchism: [Is] the most important political development in my lifetime had occurred without my noticing it happening, which is inexcusable,” McElroy concedes. She further notes:

I had spent my time on “official” libertarianism— donation-driven and donation-defined institutes, tax-funded universities, academic journals. When did freedom ever come packaged in tax dollars, awards, and honors delivered at rubber-chicken dinners? Freedom is a street fight. Crypto- anarchism took over the streets without my noticing. I notice now.

The Satoshi Revolution is now live on Bitcoin.com and it’s a pleasure to introduce Wendy’s latest work alongside Jeffrey Tucker’s preface. If you are interested in reading an excerpt from the first chapter of Wendy McElroy’s 2020 e-book then follow this link here. If you liked the first chapter, you can leave your email address to receive your free PDF copy of The Satoshi Revolution.

What do you think about Wendy McElroy’s tome on private money, Bitcoin and its inventor Satoshi Nakamoto? Let us know what you think about The Satoshi Revolution in the comments section below. 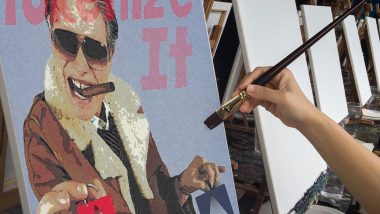 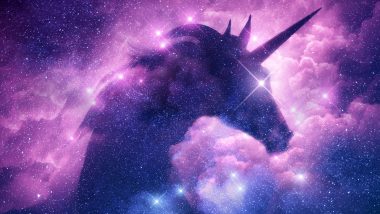