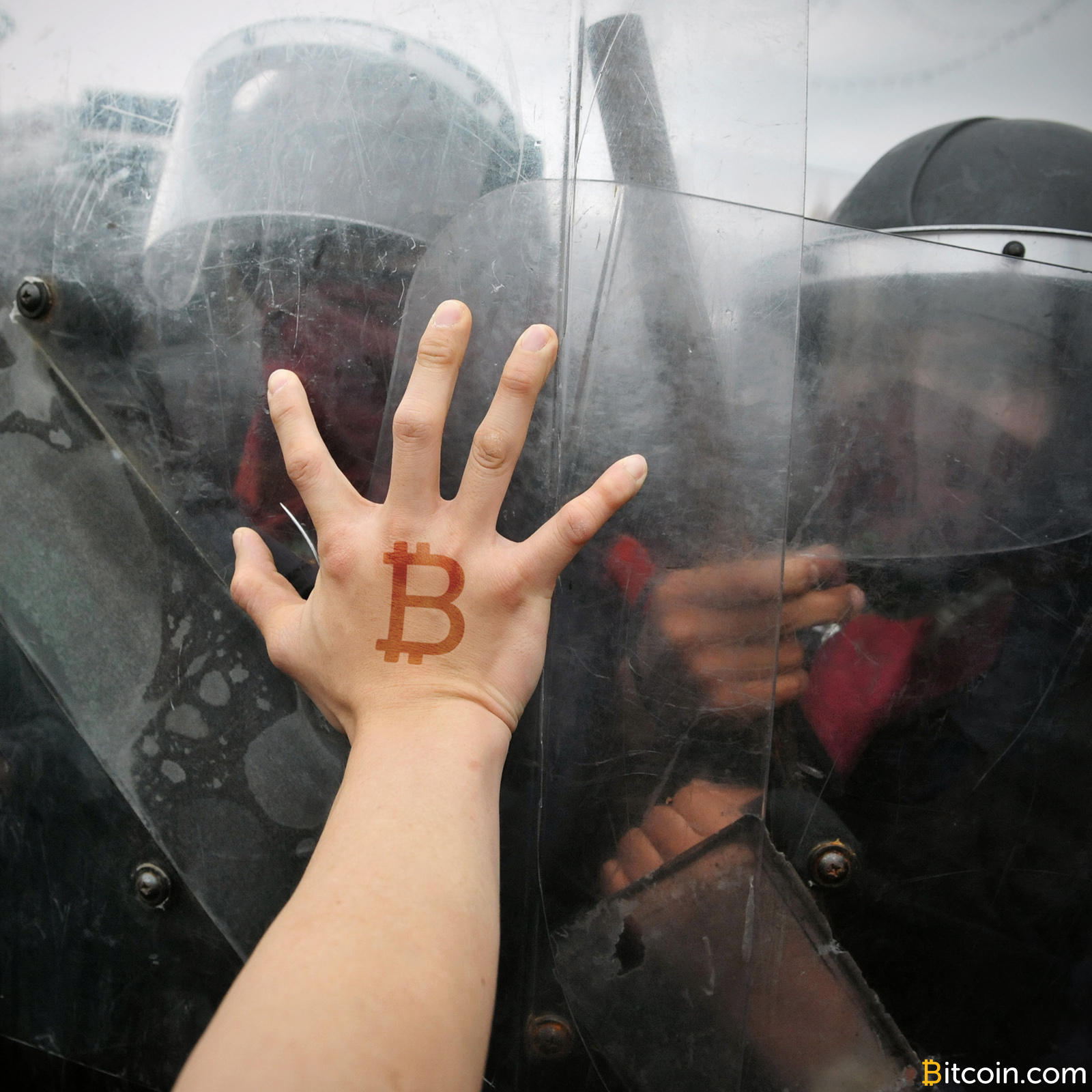 The Satoshi Revolution: A Revolution of Rising Expectations
Section 4: State Versus Society
Chapter 9, Part 2
Crypto, and the Structure of Class Warfare

The wall separating state and society is crumbling. Or, rather, the state is taking a jackhammer to it in an aggressive attempt to control every aspect of productive and cooperative life…The people you deal with on a daily basis are ceasing to be good neighbors, honest merchants, and disinterested strangers. They are becoming state informants who monitor your expression, your money, your behavior and attitude in order to report you to the authorities. They are ceasing to be “society” and becoming instead “the state.”

Cryptocurrency has an advantage that almost every other alternative money in the past has lacked. It does not mimic state-issued currency or state-controlled transfer systems, such as banks. Its revolutionary structure and function are as uniquely compatible with society as they are antagonistic to the state.

State versus society: Libertarian class analysis is based on the interaction of the two categories, which are in irresolvable conflict with each other. The structure of each class–the arrangement of their parts according to a unifying theme—are also antagonistic. Into this analysis, crypto enters with a framework that rebukes the state and provides society with what it has sadly lacked: a free-market money for the average person. The compatibility of crypto and the free market and crypto is born out by their remarkably similar structures. (“Society” and “the free market are used as synonyms here because, in its broadest definition, the free market” is more than an economic dynamic; for example, there can be a free market of ideas. Broadly defined, the term refers to any free exchange.)

The Structure of State, Society, and Crypto

“Form follows function” means that the basic shape of a thing is determined by its purpose. For Frank Lloyd Wright, the two were inseparable. “Form follows function-that has been misunderstood,” Wright observed. “Form and function should be one, joined in a spiritual union.”
This is true of government or the state; it is also true of society.

The function of a state is to regulate society in a manner that maintains its own existence and privileges. The state uses force or the threat of force to impose its policies; behind every law is a gun and its intimidation value. The purpose of the state defines its form; coercive agencies, such as law enforcement and the military, abound. Intrusive practices, such as the widespread collection of personal data, are the norm. In turn, the agencies and practices require intense centralization and bureaucracy.

The function of society is as a venue where individuals interact peacefully for mutual benefit, whether that benefit is defined in economic, spiritual, or other terms. Society is voluntary, with legal obligations arising only from contract and consent. Because individuals are diverse and unpredictable, the form of society is fluid, quick to respond, and highly decentralized.

The two classes are at war because the state produces no wealth of its own; it takes what is needed from society through taxation in its various manifestations, including inflation. To do so, the state asserts its authority over the peaceful behavior of others, which the others resent.

The state does more than loot society, however. It usurps the functions of society—the interactions that should occur on the free market–such as road construction and financial institutions. Over time, segments of society are reshaped to resemble arms of the state. Banks are a prime example. Free-market banks would serve the needs of customers, including privacy. Current banks are information gathering centers for the state, with customer requirements being secondary.

In the past, the state’s encroachment upon society enjoyed a huge advantage; the state controls the legal definition of money, its issuance and much of its flow. Society had to accept fiat, to tolerate monetary policies, and to live with banking rules. At least, society had no real choice until the explosion of cryptocurrency. Suddenly, individuals became their own banks, and they made their own exchanges…all without the state.

Crypto is the money of society, the money of people. This status is not negated by the fact that some people become ridiculously wealthy through crypto; the free market has always rewarded successful innovators and early adopters. The status is not damaged by crypto experiments that fail; the free market is a brutal laboratory, with many dead ends. Imprudent people, who lose money through foolish acts, discover that the free market is also a corrective mechanism, without compassion. Even fraud does not cast a shadow on crypto as the money of society. Fraud haunts all human activities, especially lucrative ones. And those who appeal to the state for a remedy should remember that the state is institutionalized fraud and theft. Over time, the free market tends toward self-regulation.

What can threaten crypto’s role as the money of society? The greatest danger is the drive to change the function and form crypto from being an expression of society into an expression of the state. The drive for so-called “respectability” involves regulation, state-issuance, and other measures that would reduce crypto to another form of fiat, another form of central banking.

One indication of crypto being the money of society is that the two have the same basic function and form. The function is to empower the individual; form follows. It is no wonder that crypto’s structure parallels that of society itself. The parallels include,

By contrast, the structure of the state is antithetical to that of crypto and the free market. It is based on coercion rather than consent; it is centralized rather decentralized; its wealth comes from confiscation rather than merit. Form follows function.

There is a popular myth about crypto. Namely, that free and state-controlled crypto can co-exist. In theory, it is possible. In practice, it will not happen because state-issued or state-controlled crypto does not merely differ in terms of its origin but also in terms of its form. Crypto cannot serve both state and society; it cannot express both centralized control and decentralized choice. The two may exist in parallel for a time but, inevitably, the state will reach for a monopoly.

Crypto is becoming a new frontier in class warfare between the state and society. The state will try to reshape crypto in order to serve its own purposes. Instead of privacy and individual choice, state crypto will involve total disclosure and regulation. Instead of accessibility for all and the absence of trusted third parties, there will be licenses or bank-like exchanges becoming an unavoidable third party. The incredible benefit of crypto to society will be turned upside down, and it will become a benefit to the state.

State-issued or controlled crypto will be a bitter mockery of the original vision, but it is coming. And one of the major impacts of the Brave New money will be almost invisible; the basic form of crypto will become the opposite of what it was created to express. This goes with the function of crypto changing.

The best hope for free-market crypto is that concepts, such as decentralization, are so deeply embedded into its structure that a state-issue is doomed to fail. As a next resort, of course, the state will regulate what it cannot create. Society’s money will become a bit riskier and more difficult to use.