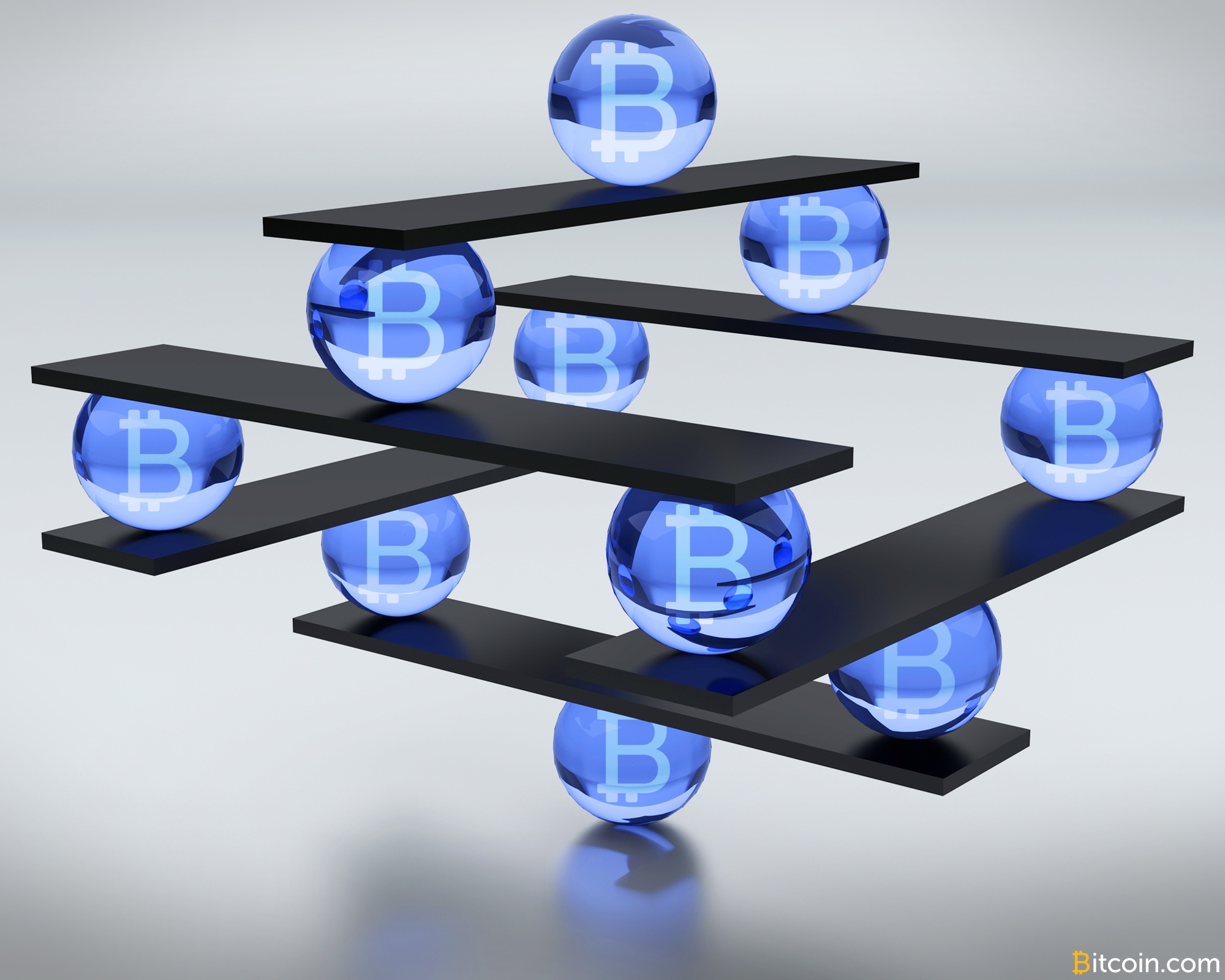 The perfect society is embodied by the institutions that individuals create and through which they function. The same is true of a dystopian society. That’s why institutional analysis is essential to understand how freedom and totalitarianism work. One institution is cryptocurrency, which profoundly affects other institutions of society, and reaches far beyond the financial ones.

What is an Institution?

The Random House dictionary defines an institution as “a well-established and structured pattern of behavior or of relationships that is accepted as a fundamental part of a culture, such as marriage,” voting, or bankruptcy. An institution is any stable and widely-accepted mechanism for achieving goals within society. The term applies to wide-ranging and complex concepts, such as “family,” “the free market,” “common law,” “religion,” and “the state.”

Not all institutions are compatible, however, because some pursue antithetical ends; free-market crypto and the central banking system are a stark example. Crypto is a spontaneous and decentralized empowerment of individuals; the banking system is a centrally-planned and unified expression of government control. As a practical matter, a society often contains the two institutions in uneasy parallel, but their antagonistic goals lead to inevitable conflict. Government will attempt to regulate or ban free-market crypto because, otherwise, the free market will do what it does when left unfettered: prevail.

Modern society is a political war zone: the culture war, a race war, weaponized media, class warfare against the 1%, the drug war, a war for democracy, militarized police, the new Cold War, a war on terrorism… One battle provides a common theme for them all. It is a warfare over the structure and goals of competing institutions. Every social conflict involves a clash of institutions that express different ideologies, including cryptocurrency. Created by anarchists using break through technology, it is at war with governments’ desire to regulate and to own it. Technology versus government. Freedom versus control.

Generally speaking, there are two types of institutions: spontaneous, and designed. An example of a spontaneous institution is the family. In Western culture, at least, no one predetermines who will marry and produce children; those decisions are left to the individuals involved. All spontaneous and non-violent institutions express freedom in how they function. By contrast, an example of a designed institution is the public-school system, which is created by authorities and experts who impose their vision upon children at tax-payer expense.

Not all designed systems are equal, however, and some can also be vehicles of freedom. These are voluntarily-designed free-market systems, such as a car factory or a tuna fish cannery. Factories may impose rigid rules, because producing a specific product requires them, but everyone who “obeys” does so willingly and from self-interest, which usually comes in the form of a paycheck. The pivotal question for a designed institution is whether it is coerced or voluntary. All coercive institutions express government or violence in how they function. Everyone who “obeys” does so without the option of saying “no.”

Free-market cryptocurrency is highly-designed and entirely voluntary. Central banks may offer a veneer of being voluntary–for example, people are not compelled to become customers—but the entire economy is regulated so as to prohibit alternatives that refuse to act as an arm of government. The same arguments are deployed against them as against crypto. Free-market financial institutions are said to be scams for tax evaders and other so-called criminals, such as drug dealers. They defraud honest people, who foolishly trust them with money. The true motivation of suppression is unspoken: alternative financial institutions threat the government’s monopoly on money and commerce. And, so, Institutionalized violence—that is, law enforcement—is used against the competition; it is justified as protection against occasional crime and against the poor judgment of individuals left to decide for themselves.

What is Institutional Analysis?

Institutional analysis examines the dynamics by which institutions of society express and define laws, customs, and culture. It asks: What is an institution’s purpose, the rules by which it functions, its impact?

Parallel institutions that purport to serve the same purpose are often compared through a process called “comparative institutional analysis.” An example is to compare how the Federal Reserve creates currency with how an alternative system, such as cryptocurrency, does so. A good starting point of analysis is the competing assumptions upon which a centrally-designed institution and a free-market one rest. The first system uses mathematical representations, historical precedent, and market manipulations to produce currency, because it believes an economy can be scientifically engineered by authorities and experts. The second system realizes that human beings are fallible, driven by fluid preferences, by self-interest, and other factors that cannot be predicted, only analyzed in retrospect. Central banking grounds itself in mathematical models, which can be jiggered or false, and in central authority, which can lie or be badly mistaken. Free-market alternatives ground themselves in human behavior that faces the quick feedback of consequences, and which may be unwise, but not false.

Comparative analysis looks at the structures and procedures of competing institutions, which will determine what they produce. It does not consider motivations. In other words, as long as specific procedures are followed, the motivations are irrelevant. A worker in a hat factory may intend to produce wedding gowns. As long as he follows the workplace rules, however, the result will be a hat. A police officer may believe in Murray Rothbard’s free-market-anarchist model of justice, but as long as he follows police procedure, he will enforce laws that punish peaceful behavior. Only by breaking the rules can the hat maker and honest officer achieve their personal goals.

Comparative analysis also considers the differing impact of parallel institutions. For example, what can appear to be the ‘chaotic’ nature of spontaneous institutions provides a huge benefit to society—innovation, which cannot be centrally designed. Its powerhouse is the ability of creative people to adapt to changing circumstances. The adaptation can be lightning-fast, as with crypto, and successful adapters are richly rewarded by fortune that favors the first to arrive. Late arrivers are also rewarded, however, because an innovation will survive only if it provides value.

By contrast, centrally-engineered institutions stifle innovation because their structures and procedures resist all feedback, their flaws are embedded and protected. The institutions serve the interests of an elite class, not of individuals or society.

The effect of crypto on authorized financial institutions is well-known. But such a massive door to freedom does not merely crack open; it bursts all its hinges, and shakes up other institutions of society. To touch upon several, in passing:

Foreign Policy. Food is frequently used as a weapon of foreign policy. A recent article in Free Thought Project describes how blockchain is bypassing the weaponization of food: “Revolutionary Blockchain Tech is Helping Disaster Victims & Feeding the Hungry Without Government.” Crypto allows needy nations and individuals to skirt economic sanctions imposed upon them by the powerful. It makes it more difficult to starve people for political advantage.

Domestic Policy. When Venezuela’s government devalued the Bolivar by removing three zeros from the currency, citizens flocked to the free-market alternative of bitcoin, with which they were already familiar. Crypto rescues businesses; it saves lives; it can topple governments.

The Social Control of ‘Vice’. “Operation Chokepoint” was an Obama-era banking policy that attacked allegedly undesirable but legal businesses, such as selling medical marijuana. The banking system closed accounts, canceled credit cards, and refused all services to miscreant customers. The practice is being revived. Banks are targeting marijuana outlets, sex workers (legal or not), and gun businesses. Increasingly, these sellers are turning to crypto to sustain their livelihoods.

Protection of Free Speech. After circulating documents that embarrassed governments, Wikileaks faced a banking blockade that killed its access to donations, which were its life-blood. Wikileaks opened donations to bitcoin, and wealth poured in. Censorship was sidestepped.

The Free Flow of Information. Intellectual property (IP) prosecutions are usually based on following the money and uncovering the individual at the other end. Since crypto can be close to anonymous, that strategy is gutted. For those who reject the validity of IP, as I do, this is an amazing ‘good’ for the global flow of information.

Immigration Policy. Immigration and temporary migration are often based on the possibility of sending money back home. But migrants are often “unbanked” or pay huge fees to do so, with their families waiting days for the transfers. Trump has threatened to cut off this incentive for migration by closing down channels of transmission. Fast, cheap transfers of crypto will be incredibly difficult to control.

The Autonomy of the Family. Inheritance taxes are heinous because they are double taxation; family wealth that has already been taxed is relooted by governments. Crypto can invisibly divide assets among loved ones.

The preceding is a passing taste of how profoundly cryptocurrencies are redefining the institutions of society.

To grasp the scope of the institutional revolution, however, it is necessary to focus contrast more intensely on the two fundamental human institutions. In his classic work, the German sociologist Franz Oppenheimer identified one of them in his book The State (1914). The other is Society.