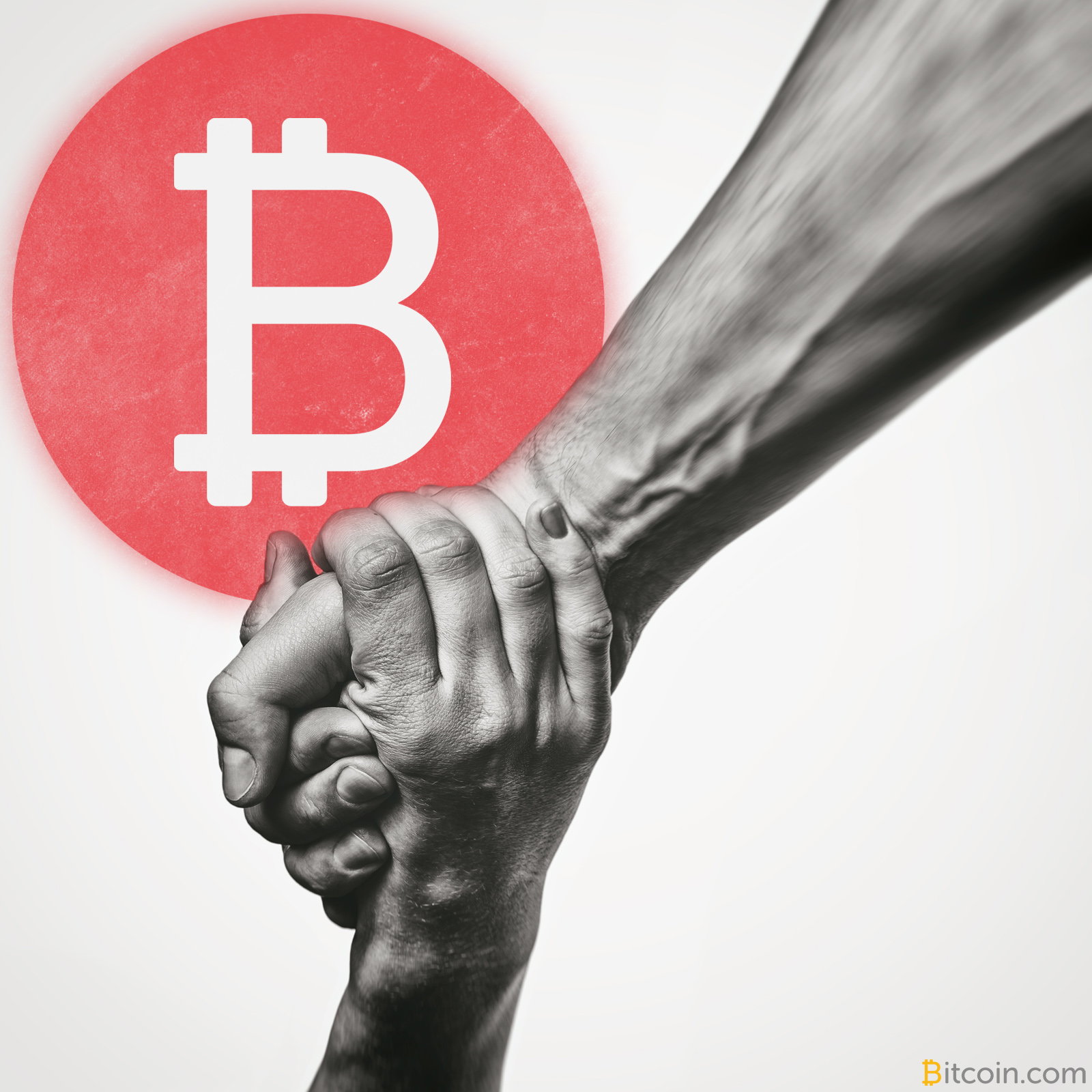 The Satoshi Revolution: A Revolution of Rising Expectations
Section 4: State Versus Society
Chapter 10, Part 3
Crypto Is a Revolution of Hope, Which Is Why It Succeeds

–Leszek Kołakowski, The Self-Poisoning of the Open Society

That’s what the obliteration of hope looks like: “the abolition of the market” in commerce, art, education, conscience, and all other social expressions. An abundance of hope looks like a market place on a busy weekend, buzzing with activity, colors, ideas, and people arguing about what is fair, what is new, and what is best.

The opposite: the imposition of a uniformity that quashes whatever and whomever differs or sparkles. Kolakowski concluded that the “abolition of the market means a gulag society.” Such a gulag society may have wide-screen TV, sporting events, and fast food. Those are trimmings. Its defining core is the rule of, by, and for the elite, with the majority of people living in conformity, fear, or an apathy-induced grayness. Drab buildings, approved art, official slogans, political show events, redistributed wealth, false news, mandatory responses with the punishment of “wrong” ones, bureaucratic paperwork, puffed-up patriotism… A state monopoly is the spiritual death of individualism and of anyone who hopes to advance through merit, character, hard work, originality…or even luck.

Grayness. And,then, the unexpected sparkle! It could be an artist, a lone voice, slogans written on walls at night, privately circulated pamphlets, or an esoteric block of code. If the new actor is an idea or an invention whose time has come, then its impact is revolutionary. (Here, an invention can be viewed as an executed idea). With 3D-printers, every individual is able to manufacture whatever fills his own needs, free from state dictates, such as trade restrictions and sales taxes, as well as from artificial prices charged by monopolies. With cryptocurrency, every individual is his own banker, free from state theft, such as the monopoly of fiat, and the domination of central banks. Control is torn away from authority and thrown back to the individual.

This bears emphasizing: Nothing is more powerful than an idea whose time has come. When the idea has a deep and broad political impact, it is unstoppable. The printing press shattered censorship; 3D printers make gun control obsolete; crypto cracks the dominance of fiat and the global banking system. Crypto does so through a flash of brilliance called the blockchain and an act of defiance called digital currency. But crypto could not be a social phenomenon without millions of people who are willing to try something new, despite the risks; it has succeeded because people hope.

Historical examples of ideas becoming revolutions are legion, and crypto can learn from every one of them. The crypto revolution has pioneered the elimination of trusted third parties in world commerce; it rewards self-interest rather than obedience; but we must understand the importance of the role of one of the strongest motivations within man: hope.

Hope is the political battleground now—the battle between individuals who glimpse financial autonomy and authorities who demand control through laws that penalize peaceful behavior. Authorities want ownership of crypto—the blockchain, the issuance of coins, the mechanisms and dynamics of exchange. This would allow them to own, and to destroy, the means of escape from the financial prison that governments and central banks have constructed for the individual. They  would own and destroy hope.

Authorities realize this. That’s why they constantly try to convince us that “Resistance is Futile.” In George Orwell’s novel 1984, O’Brien is an Inner Party member who tortures an average man named Winston for the crime of questioning and doubting. O’Brien admonishes, “There is no way in which the Party can be overthrown. The rule of the Party is for ever. Make that the starting-point of your thoughts.” But if O’Brien’s claim were true, it would not require a huge, relentless propaganda to sustain.

Hope may not be apparent in some revolutions. The posters people carry may read “Land, Peace, Justice,” but hope unifies those messages. People state what they want, and what they believe is possible.

An Uprising that Floated on Hope

The Polish philosopher Leszek Kołakowski has been called “the most important single thinker behind the most important event of the late 20th century, the implosions and the peaceful nonviolent end of the communist system.” The Polish Solidarity movement (1980s) has been called one of the most successful revolutions in modern history. Solidarity referred to Kolakowski as the “awakener of human hopes.” His writing, including the book Theses on Hope and Hopelessness, eviscerated Polish socialism for imposing an ideologically sanitized view of history and the contemporary world, which blocked people from living with honesty and truth. The job of philosophers, he claimed, was to build the “spirit of truth” and to “never stop questioning.” Kolakowski believed, “[T]here is one freedom on which all other liberties depend, and that is freedom of expression, freedom of speech, of print.” Hope lay in the persistence of questioning and the preservation of personal expression. His writings emboldened people to reject a gray life.

The Solidarity labor union was founded in 1980, shortly after and in response to a woman’s dismissal from the Gdańsk shipyard for participating in “illegal” union activity. The backlash quickly swelled into a national movement for social change through civil resistance and nonviolence; a strong theme was an opposition to bureaucracy. By its first Congress in 1981, Solidarity’s membership had reached 10 million, or one third of Poland’s working-age population. The state slapped back with martial law, but the need for negotiation with the labor union was clear. By 1989, semi-free elections were established. Solidarity’s leader, Lech Wałęsa,was elected President of Poland in 1990. A recent (2013) movie of his role in Solidarity is entitled “Wałęsa, Man of Hope.”

What can Solidarity teach crypto? The movement provides insight into the nature of radical change—insights that crypto seems to manifest naturally. They include:

Perhaps the two most important lessons of former revolutions are:

The superior showing of nonviolence is good news for crypto, which is intrinsically peaceful. If true, the Chenoweth report is further reason for hope, not only for individuals but for society as well.

Hope and a belief in the possibility of change are inextricably connected. When rooted in reality, hope leads to the reasonable belief that freedom is possible. At that point, hope explodes. It organizes millions of protesters within a communist country (Poland); it breaks the grip of colonial authority by wielding the weapon of moral suasion (India); it racially integrates a bigoted society by mirroring the injustice through civil disobedience (1960s America). Crypto and other enabling technologies can return people to the market that Kołakowski lauded, where life is in color—not black and white, not gray.

An interesting parallel to the crypto revolution exists. Historians label it “the revolution of rising expectations.” In the political instability that followed World War II, the rising expectations—the reasonable hopes—of people in marginalized nations were responsible for a series of revolutions and dramatic social changes. Today, the synergy between crypto and secessionist movements is well documented. As with decentralization, the ultimate degree of succession extends  down to the individual level.