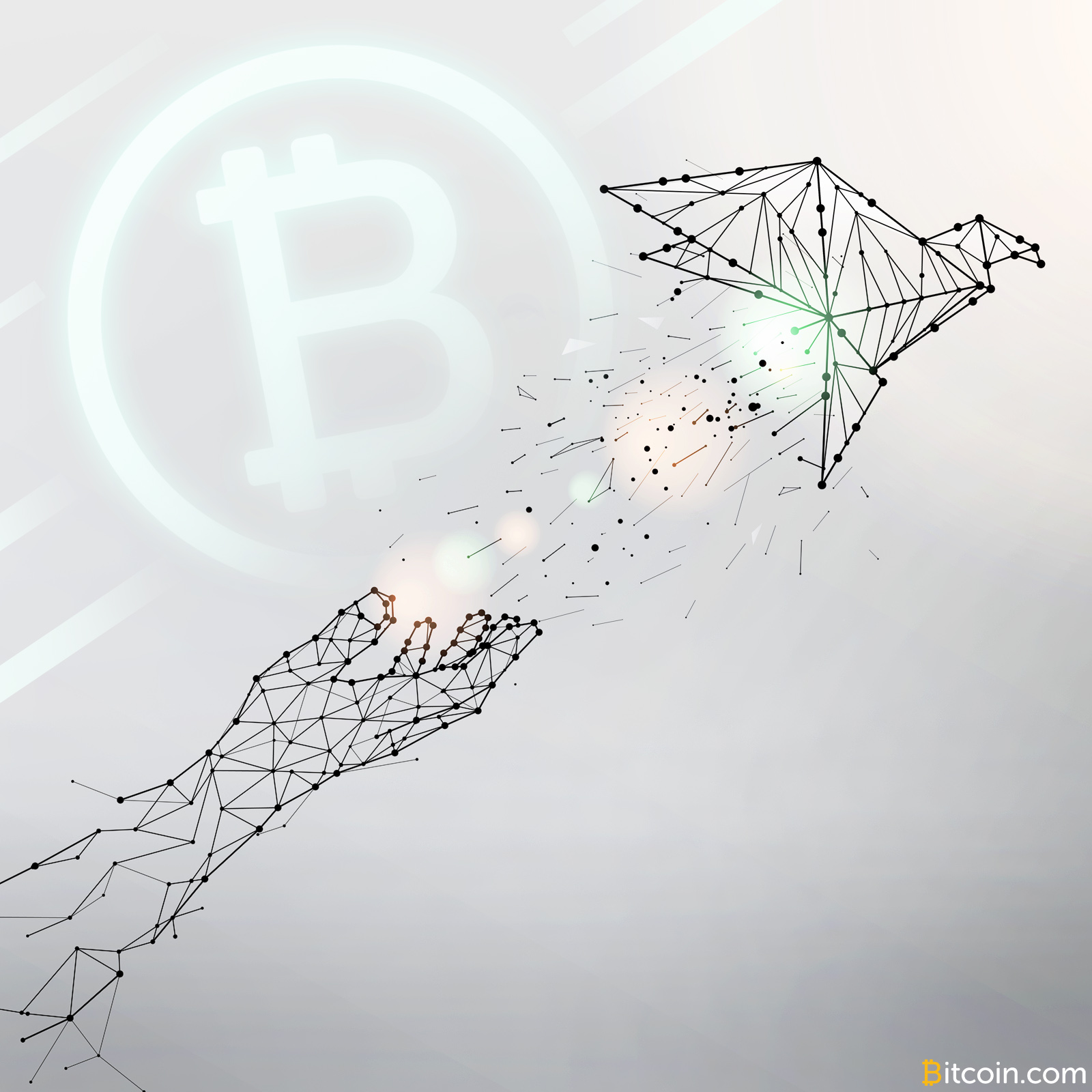 All around us are the almost unimaginable benefits of markets, cooperation, and technology, yet somehow we’re naïve if we don’t want to funnel human activity through government cattle chutes. The vast material and digital abundance we enjoy every day is provided without any state apparatus, in fact in spite of that apparatus. Is this private world not part of reality? Government is the artifice, and statists are the utopian dreamers who imagine that individuals acting under the magical banner of government can plan, coerce, and coordinate millions of lives.

Technology refines the definition and application of political concepts. It cuts old seams to release freedoms in fresh form. Software engineer Eric Schmidt referred to the Internet as “the largest experiment in anarchy that we have ever had”; freedom of speech became digital. When crypto bypassed central banking, anarchism flowed through the blockchain and every individual could be his own banker. 3D printers allowed individuals to manufacture their own needs, without taxes, tariffs, and other restrictions; they even manufactured controlled “substances,” like guns.

Cryptocurrency exemplifies the synergy between technology and freedom. Designed as an expression of pure anarchism, bitcoin’s stated purpose was to bypass the “trusted third party” problem of central banks. The word “trusted” was used ironically. Satoshi Nakamoto and most crypto-founders were anarchists who knew full well that a third party that enforced its “services” by law was untrustworthy in principle and corrupt in practice. Why else would it point a gun at “customers” and potential competitors? Central banks did so in order to enable another and more powerful third party to monopolize the flow of money: the state.

Above all, central banks want to eliminate choice so that individuals cannot avoid either the direct taxes or the indirect ones, such as inflation, which are the state’s lifeblood. Choice is a lethal enemy of the state. That’s why it scrambles to prevent crypto from sidestepping the trusted third party mechanisms that have controlled society so well for centuries. But it cannot. The state can retard progress and punish the targets within reach; it can fumble to control crypto and pass ineffective laws. But the blockchain, like the printing press, cannot be contained.

Statists are beginning to understand that hard truth. It is the looming future against which crypto-statists rail and fling ridicule, calling it a utopian dream or a foolish delusion. In fact, they are the dystopian dreamers who deny the political reality of a digital and cryptographic world that is here and now.

And what new wonder will be here tomorrow? Murray Rothbard—the founder of anarcho-capitalism and a mentor of mine—once advised, “It is a fast moving world, sweetie.” The crypto-anarchists are the ones who rush to climb aboard and turn up the speed of freedom. As they do so, however, they should pause to realize one thing: a somewhat new and slightly different formulation of anarchism is in motion.

The Principle Remains the Same

The core principle of anarchism is constant; it is consent. This may not seem obvious to some because various schools of anarchism define “consent” in dramatically different ways. Some of the ways resemble nothing so much as coercion, or the “state” misspelt. Considering two schools provides insight into the type of consent that is natural to crypto-anarchism.

Individualist anarchism—sometimes called anarcho-capitalism or libertarian anarchism—takes a commonsense approach to consent. Every human being, simply by being human, has jurisdiction over his own body and property, against which no one can properly aggress. Saying “yes,” in any clear form is consent. The actions appropriate to a self-owner are “anything that’s peaceful.” The interactions appropriate to a just society are “anything that has mutual consent.” Those actions may or may not be moral, by whatever standard, but morality is another discussion. The individual’s freedom to choose comes first. Morality only arises in the presence of choice.

By contrast, socialist anarchism views choice through the lens of specific economic and class theories that are deemed to be just. An example: according to “the labor theory of value,” the worth of a good is (basically) the labor put into its production. A worker who earns a fraction of the market value of what he produces, therefore, is robbed of the good’s “surplus value.” The thieves are the capitalist who controls the means of production and the state that defends the “privilege” of capitalist ownership. No matter if the worker actively agrees to sell his labor. The surplus value is still stolen property and an act of violence still occurs. Here, the interactions appropriate to society are ones that establish a just system for workers. Unlike individualism, in which the process of choice comes first, socialism prioritizes the correct choice. In doing so, socialist anarchism creates a new trusted third party because some agency must monitor exchanges and enforce “just” results. This is the opposite of bypassing trusted third parties.

Technology and individualist anarchism are natural partners because their dynamics are mirror images. Both hand control to the individual who is free to choose according to his own judgment. Both achieve choice by pushing aside unwanted third parties and allowing peer-to-peer exchanges in communication, finances, and manufacturing. What is said, how wealth is spent, and what is created—the content of choice–is up to the individual. Technology has no moral or economic filter, no agenda; like crypto-anarchism, it is entirely process-oriented.

It is a question every anarchist is doomed to hear. The questioner’s purpose is to burst the assumption that anarchism is anything more than a pie-in-the-sky delusion. “Where and when has a pure anarchist society ever existed?” The question is easy enough to answer. No pure expression of any political system has existed over time and territory because that would require a sustained 100% consensus.

But there is a more interesting approach: namely, to deny the questioner’s assumption because it is statist and collectivist. A state is defined as a governing agency that claims exclusive jurisdiction over a specific area where it exercises a monopoly on force. A successful state is one that is able to enforce its jurisdiction and monopoly. Critics of anarchism adopt the statist standard of success for anarchism because it is the standard they use for every other political system: how completely is the system expressed by the population of a specific area.

But anarchism is the antithesis of such political systems. An anarchist claims jurisdiction only over property he has earned, purchased, or inherited. His monopoly of force consists of defending his own person and property—a right that everyone else possesses to an equal extent. Because his freedom is a process and not an end point, there is no defined moment of success, like achieving a 99% consensus. The success resides in the process of being free. It lives within an individual as an ongoing dynamic.

Crypto has a lesson for those who judge a political system in terms of jurisdiction and territory—and it is a new twist on old theory. Real-life actualized anarchism is not a geographical area; it is the elimination of jurisdictions, borders, and geographical areas. Anarchism is not the centralization of power but a radical decentralization down to the individual level. It is not a monopoly of force over others but the rejection of force in preference for cooperation. Crypto-anarchism makes sense only when it is viewed as a network rather than a territory or static society. The new anarchism can manifest geographically, of course; there can be communes, floating cities, or people who meet for coffee. In the digital age, however, anarchism has no need for a physical community. Its “society” is the totality of individuals who come together to share whatever the network offers: trade, fellowship, and information.

Crypto-anarchism is the politics of network—not of land, military might, or collective will. Anarchism itself has been liberated from the political concepts and realities that defined it in traditional and geographic terms.

The real question about anarchism’s viability is “where and when has a pure expression of anarchist networking ever existed?” The answer is cryptocurrency, which has succeeded beyond all expectations. Not because it exists behind walls and within borders but because it breaks through walls and borders. In short, crypto has converted anarchism into a network, and that network is our society. Anarchism has gone digital.

Sincere thanks are extended to the irreplaceable Peri Dwyer-Worrell for proofreading and editing.