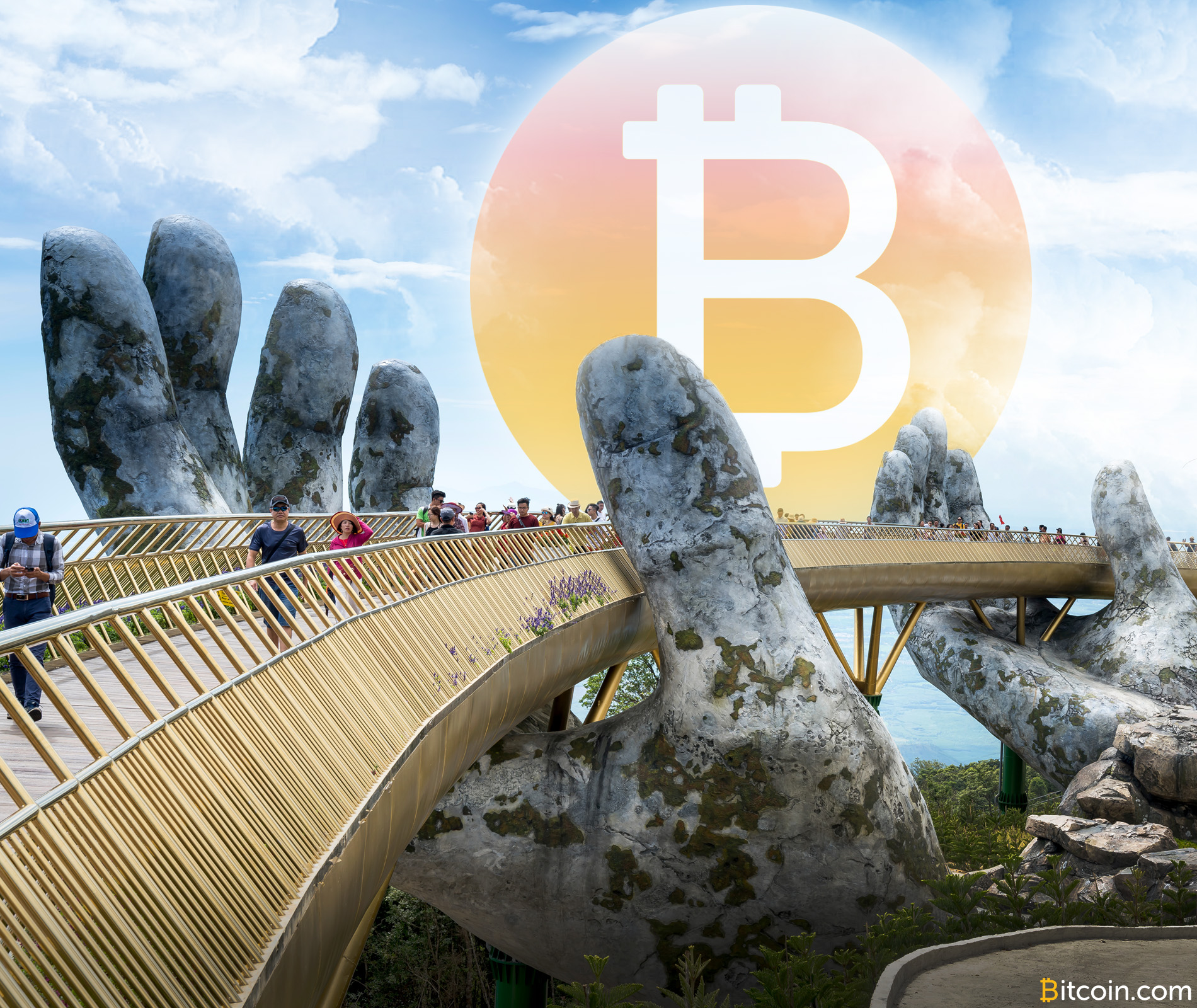 The Satoshi Revolution: A Revolution of Rising Expectations
Section 4: State Versus Society
Chapter 10, Part 6
Crypto’s Means are Its End, as Crypto-Statists Well Know

The problem of the Means is, as I see it, a twofold problem: first, the problem of End and Means; second, the problem of the People and the State, that is, the means by which the people can supervise or control the State….[M]eans must be proportioned and appropriate to the end, since they are ways to the end, so to speak, the end itself in its very process of coming to existence. So that applying intrinsically evil means to attain an intrinsically good end is simple nonsense and a failure.

-Jacques Maritain, Man and the State

The 20th century French Christian philosopher Jacques Maritain saw End and Means as the problem of political philosophy. He based his conclusion on political science, religion, and the lessons of history. The French Revolution provided a model of how an End failed because the Means used to achieve it were “intrinsically evil.” France transformed from an absolute monarchy that ravaged the rights of common people into “a superior person called the Nation State” that acted the same way. “Liberté, Égalité, Fraternité” never materialized. The Revolution did not achieve the “final aim and most essential task of the body politic or political society,” which is to “better the conditions of human life itself” and “to procure the common good of the multitude, in such a manner that each concrete person, not only in a privileged class…may truly reach that measure of independence which is proper to civilized life.”

Maritain’s point can be expressed colloquially: You can’t get there from here. Means that contradict a goal will never achieve it; an acorn cannot turn into a tomato plant. Repression will not breed freedom. Violence will not lead to peace. The means of the French Revolution led it into a different form of statism.

Few approaches have so eloquently and intimately entwined the two. Within the framework of ideology, libertarianism best parallels crypto because its means and its end are also identical. The means: “anything that is peaceful.” The end: a society in which individuals peacefully exchange. Peaceful interaction is both the means and the end of libertarianism. Like crypto, libertarianism bypasses the trusted third party problem—that is, the state—and operates on a peer-to-peer basis, even within cooperative ventures. Both crypto and libertarianism resolve what Maritain viewed as the Means versus End dilemma.

The Dangerous Doctrine of “the End Justifies the Means”

Most political scientists focus tightly upon ends, such as security, diversity, or democracy. Ideologies are contrasted according to their competing ends, not their means; do they advocate sovereignty or globalism, diversity or meritocracy, free trade or protectionism?

Once an end is established, a menu of means is scrutinized for ones that will achieve the goal as quickly and cost-efficiently as possible. More fundamental questions about the relationship between means and ends are rarely asked. Can war bring peace? Can censorship create an open society? Does banning crypto protect people’s financial freedom or safety? These expedient actors do not disagree with Maritain’s analysis; they do not even consider it.

One explanation of the common gulf between means and ends is that the real end of a strategy differs from the stated one. That is, the stated goal is a lie, and the means of achieving it are appropriate to the real end. Such outright deceit is often easy to discern, however, especially over time.

Fear the Power of the BUT

Another sleight of hand emanates from crypto-statists who claim to share the same goal as crypto-anarchists…or close to it. In other words, the ground of discussion becomes means, not ends. Crypto-statists may agree that people should control their own wealth and that banks are corrupt. Yet they want the same agency that created central banks to regulate crypto.

“Individuals should control their own wealth,” they say, “but we need to weed out those drug dealers and tax evaders who discredit the community.” The solution: only desirable users should have financial freedom.

“Individuals are 100% correct about the corruption of fiat and central banks,” they admit, “but the system can be reformed.” The solution: a corrupt system is preserved in the name of stability while crypto is penalized.

“Crypto radicals may express a view that once served a purpose,” they acknowledge, “but current talk of anarchism or private money is extreme and blocks respectability.” The solution: radicals should be quiet or quieted.

Crypto-statists pit the means against the end, which destroys the goal of freedom. Because the means are the end in progress. Using the state or other violence to advance crypto only strengthens the state.

In The Voice of Truth, Gandhi asserted, “For me it is enough to know the means. Means and end are convertible terms in my philosophy of life.” The two ways to sabotage crypto are to oppose either its end or its means because end and means are identical.

It Sounds So Reasonable When They Say It

Everyone who argues for crypto as the financial empowerment of individuals encounters an appeal to so-called reality. Total freedom for the individual is not possible, it is argued, but a significant increase in financial freedom is within reach. It can be grasped, however, only if crypto users compromise with the existing system. Otherwise, the perfect becomes the enemy of the good.

The reality is “so-called” because crypto and the blockchain already offer financial freedom to individuals. Central banking and state control are the old reality that desperately tries to remain relevant. No wonder crypto-statists advocate a compromise in order for both sides to “win.” That’s not possible. The state is a back-alley thief who extends the “choice” of “your money or your life.” A philosophically-inclined thief or his advocate may explain how the dynamic is a “win-win” situation because it achieves the agreed-upon goal of your leaving the alley in one piece; after all, killing you is work, and it eliminates a repeated robbery. You may relinquish the money and leave, but you are not a winner. You win by using crypto that allows you walk around the alley and the thief.

The state does not co-own wealth by virtue of pointing a gun; all it does is to exert control through violence. Most people agree; it is morally wrong to take property from a peaceful person by force. To avoid the morality argument, where they are on weak ground, crypto-statists employ another sleight of hand. They attempt to substitute the practical for the moral as a focus of debate. They juxtapose the collective “greater good” against the rights of an individual, for example. Society requires the imposition of preemptive rules, they maintain, or else calamity will ensue.

To envision the consequence of elevating the so-called practical over the moral, imagine it is 1858, and you are living on a farm in the Northern U.S. A man has arrived at your door with papers documenting his ownership of a run-away slave whom you are sheltering. The slave throws himself at your feet, begging for sanctuary, while the slave-owner reasons with you. First, the Fugitive Slave Act of 1850, which makes it illegal for you to retain “his property.” Then, the slave owner declares that he, too, opposes slavery, but the South’s current economy would collapse without it. If slavery were to cease abruptly, then the political system itself would collapse. No! Slavery will be phased out, he assures you, but for now, you must surrender the black man who trembles at your feet.

The conflict between crypto-anarchists and crypto-statists is not merely over means. It is not merely over how to get there from here. It is that the there being discussed is a different destination. When the means advocated by two parties are antithetical, their goals are as well.

The political choice comes down to Rothbard’s “eternal struggle” between Liberty and Power. The conflict is the same now as in the past. A recent scholarly article flashed back into history: “Punishing Forgery with Death. In early nineteenth-century England, forging currency was considered to be such a subversive threat that it was punished with the death penalty.” That’s how seriously the state took the sanctity of its currency. Imagine how seriously it will take a “fake” currency that provides an actual and active alternative to the entire system.

[To be continued next week]

Sincere thanks are extended to the irreplaceable Peri Dwyer-Worrell for proofreading and editing.