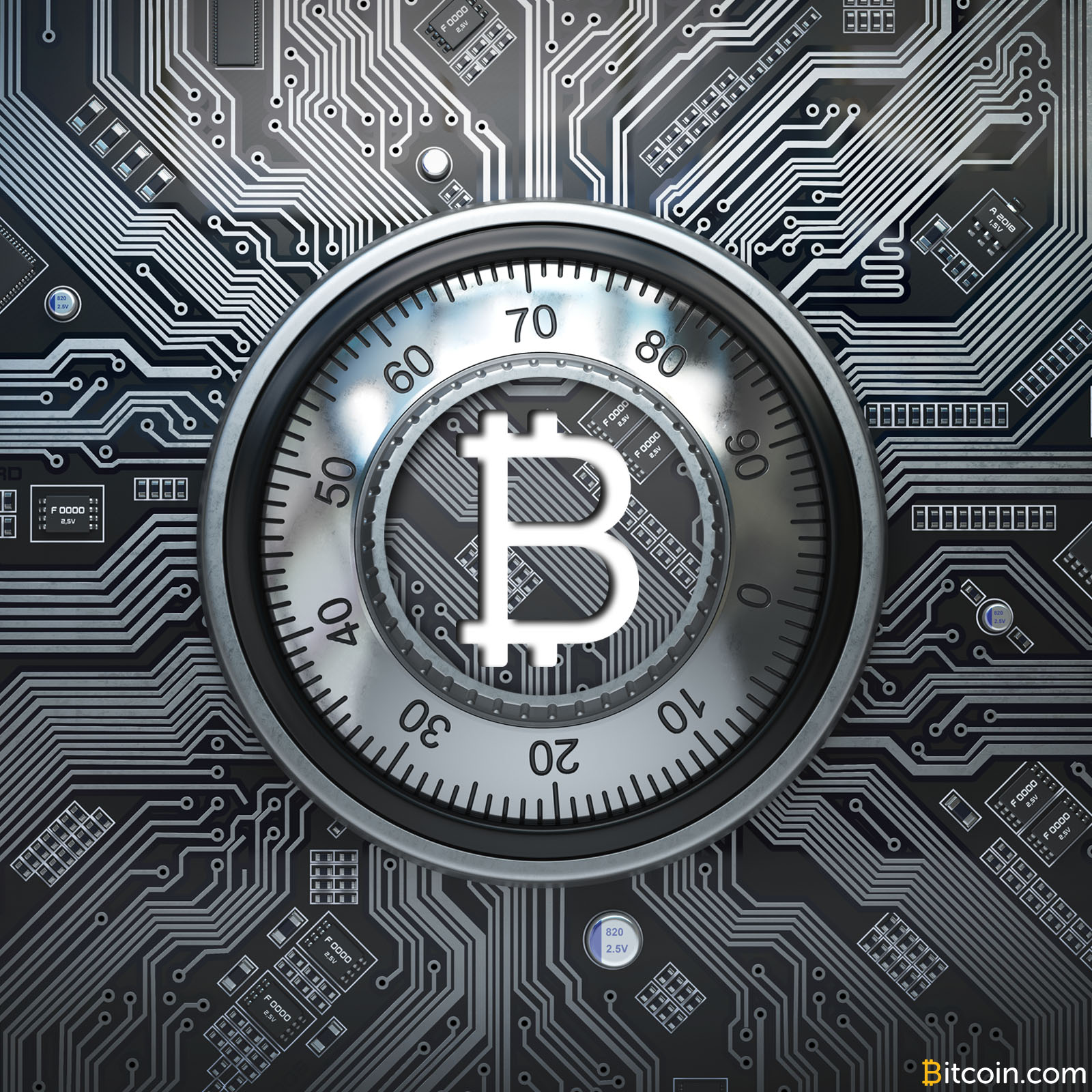 The Satoshi Revolution: A Revolution of Rising Expectations
Section 2: The Moral Imperative of Privacy
Chapter 6: Privacy is a Prerequisite for Human Rights

Lewis Carroll’s world is government, where words express the opposite of their meaning. War brings peace. Diversity means conformity to PC demands. Security requires the rape of privacy and due process, which provide true security for individuals. Subservience is freedom.

Government ‘reality’ inverts the truth. Privacy is dead, government declares with the certainty of a slamming door. Only, it isn’t. Privacy is entering a golden age—or it is for individuals who privatize their own data instead of allowing their identities to be nationalized. Nationalization of identity occurs when the government claims the ownership and use of everyone’s personal information, which individuals have no right to withhold. The government owns birth certificates, medical records, school transcripts, surveillance reports, police and court files, financial  information…It possesses data that individuals themselves cannot access.

The fact that privacy is alive and kicking is demonstrated by the adamance with which bureaucrats and their allies try to convince people of the contrary. Government wants to quash the very possibility of discussion because individuals could realize how much control they have over their own information. Individuals might start privatizing their privacy through the glut of technology that allows individuals to use encryption, pseudonymity, polynymity, anonymous cryptocurrency, decentralized exchanges, scrambling software, and an evolving array of digital tactics.

But what technology gives, technology can take away. Tomorrow, some privacy strategies could be obsolete. Game changers are on the horizon. If quantum computing pans out, for example, then encryption could crack like a walnut. “The quantum computer, following the laws of quantum physics, would gain enormous processing power through the ability to be in multiple states, and to perform tasks using all possible permutations simultaneously.” The out-of-the-box approach to data processing could revolutionize operating protocol and speed.

But what technology takes, technology can give. It is a race between those who use computers for social control and those who use them for freedom. Whatever master technology serves, however, the background politics are remarkably the same.

There is a common pattern to how governments nationalize identities and privacy.

A crisis is declared, whether it is real or created. A real crisis may be a war or a foreign attack, like 9/11; a created one may be a school shooting that gins up hysteria, even though school shootings are incredibly rare and infrequent. Sometimes government policies create the crisis, such as the implosion of the Bolivar in Venezuela. Whatever the cause, a message is drummed into the public: it is not the government’s fault. Who is to blame? Hostile nations, deranged individuals, evil groups, the free market run amok—the usual suspects are rounded up. Then government presents itself as the solution.

This is the point at which rights are displaced by privileges.

What is a right? A natural right, like freedom of speech, is an extension of the jurisdiction that individuals have over their own bodies, which they are free to use in any peaceful manner. A right is not earned or granted; it exists because the owner is a human being with the same claim to personal freedom as any one else. Another approach to the same concept: there are only three possibilities on who owns an individual’s body: the individual himself, which is self-ownership; someone else, which is slavery; or, the body is unclaimed property, like luggage in a lost-and-found. The choice that makes sense is self-ownership.

What is a privilege? A privilege is an advantage or immunity that is granted to a particular person or to a group of people, usually small in number, which does not apply to others. Governments confer privileges upon those it favors due to their loyalty, service, or some other trait that authorities find useful. These are the two main differences between a right and a privilege: Rights are universal, whereas privileges are targeted; rights do not require permission to exercise, whereas privileges hinge upon permission.

Gradually, an individual’s use of his or her own body becomes a matter of government privilege and not a matter of rights. The harvesting of personal data is essential to this transition. A database does not matter to individuals who exercise their rights because the individuals decide for themselves how to act. But a database is essential to granting or denying privileges. Government needs to know who to reward for ‘good’ behavior and who to punish for ‘bad’. Who owns guns and may be dangerous? Who sends money abroad or doesn’t report an income stream? Where do these people live? A massive amount of information is required for government to target specific individuals or categories of people to either privilege or punish. Privacy must be taken away from individuals and nationalized.

The adrenaline of a crisis is useful to government in this endeavor because the public becomes receptive to heightened security, including surveillance. When the adrenaline recedes, however, the push for security is often replaced by boiling-frog tactics.

The boiling frog is a false fable that has a valuable lesson attached. A frog is boiled to death because the temperature of water in the pan where it sits is raised so gradually that it does not notice the lethal process; it does not jump out. The boiling frog is a metaphor for people who blithely tolerate a series of incremental changes until the end result becomes deadly.  The process is also called “creeping normality”; a major shift is accepted as “the norm” because it is introduced in small steps, each of which is sanctioned or, at least, not opposed. The end result may be widely viewed as objectionable—or, rather, it would be if it arrived in a single leap—but it comes inch-by-inch. The slow erosion of freedom becomes an everyday event. There is one more blank to fill out on a form; boarding a plane  requires a standardized state-issued card; police stop random cars or pedestrians to demand ID.

And, to make sure as much data as possible is raked in, government recruits crony corporations—such as central banks—that act as centralized points of data collection. Then government eliminates free-market competitors who do not act as bureaucracies. The loop is closed. Anyone who uses a government service, from schools to social security, must give up their data to do so. Anyone who uses a faux free-market service, from air travel  to banking, must give up their data to do so. What the loop closes around is the individual.

When a distorted normality has been established and accepted, the government gloves come off. Society is micromanaged. In China, the process of micromanagement is called the “social credit system” by which citizens are assigned a rating by the state. Those who score high are allowed to access privileges, such as travel and good restaurants. Those who score low, perhaps due to jaywalking or a rebellious attitude, become second-class citizens.

The financial and social commentator Doug Casey calls the system “fiendishly clever” because…”a high social score gives a citizen lots of benefits and privileges. A low score penalizes you in many ways. People will start competing to be good little lambs.” Otherwise stated, this form of social control is “fiendishly clever” because average people become enforcers of government policy out of their own self-interest. High scorers are more desirable employees, spouses, family members, friends, clients, neighbors, university students, and associates. Low scorers are stigmatized and limited in prospects. In short, people will control and censor themselves in order to achieve the high score that leads to status and opportunity. They will shun those with low scores, who are consigned to lower economic rungs.

Western nations are adopting their own rating systems, and the trend will accelerate. Casey predicts, “The TSA will likely subject you to…screening based on your score [or red flags in your file]. The IRS…[will scrutinize] your finances. The same with the police, prosecutors, and what-have-you, right down to your local DMV…It’s the best idea since everyone got a Social Security number—for them.” [Italics added.] Whether in China or the U.S., the total state rests on total access to personal information, especially digital footprints.

Into the walls of this Brave New World, Satoshi Nakamoto carved an EXIT door for those who want to privatize their own data and to decline the nationalization of their identities. It opens to a path around government, central banks, and crony corporations—a path around trusted third parties—because no one should be trusted with the custody of human rights.

It is impossible to predict the future of crypto because the future evolves quickly and in unexpected directions. But, wherever it goes, the principles of the Satoshi vision remain true North: individual control of privacy; peer-to-peer exchanges (or as close as possible on exchanges); and, decentralization.

Privacy is not dead; it is enjoying a revival. Governments know this. That’s why they choke off discussion by claiming privacy no longer exists. Nothing to see here, folks. Move along. Believing authorities means allowing your identity to be nationalized and accepting your fate as a number to be ranked by bureaucrats.

Or you can take the EXIT.