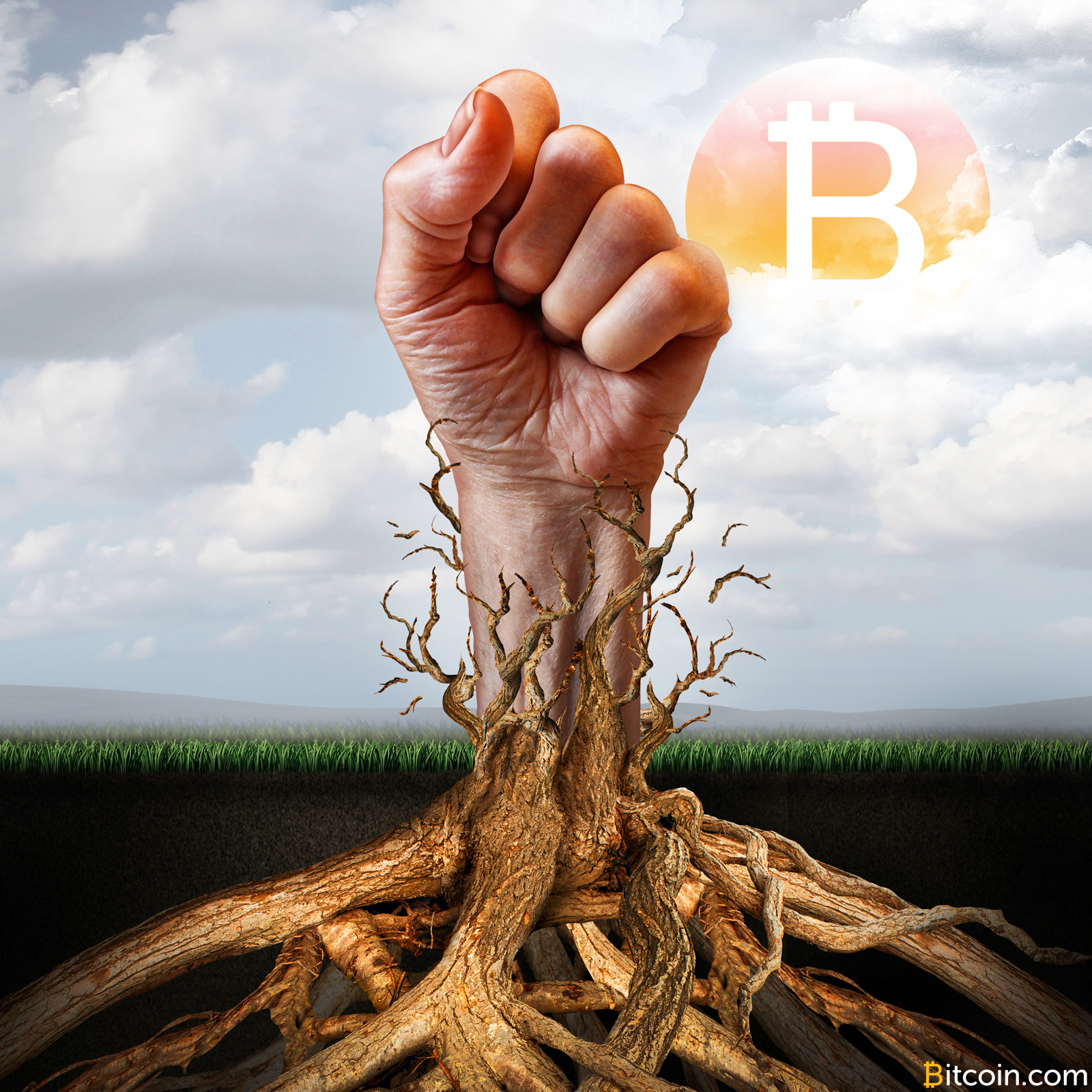 The 19th century individualist-anarchist Benjamin Tucker referred to anarchism as “society by contract.” The contracts could express any exchange, from leases to prostitution, from insurance policies to drug deals. The contracts would not be legal or illegal, only consensual. Just as crypto bypasses central banking and decentralizes economic control down to the individual, smart contracts have the potential of bypassing much of the legal system and returning to the people’s law—contract law. But, like crypto, the contracts would not require a trusted third party.

Last week’s installment of The Satoshi Revolution was entitled “How the Blockchain Provides Private Justice.” It examined a key argument used to counter the possibility of libertarian or private law. In summary: for justice to function, the content and administration of justice needs to be widely accepted, and that acceptance is based on the system being considered legitimate. The legitimacy is deemed to rest on consensus—on the judgment arrived at by most of those concerned–not on individual choice. This means the administration of justice must be centralized and homogenized by an agency that enjoys consensus because such an agency enjoys the compliance, if not the respect, of society. The preceding dynamic requires the state. When neither obedience nor respect are present, then the justice system commands compliance through the institutionalized violence of law enforcement.

The Parallels of Crypto and Justice

The argument for fiat and against crypto is remarkably similar. In order to function, it is claimed, a currency needs to be widely accepted, and this happens only when the public views it as legitimate. A consensus is necessary. The logic: a currency must be issued by an agency that enjoys public support and can command compliance in the form of acceptance. If the “consensus currency” is not used voluntarily or if it suffers from competition, then its use can be compelled by institutionalized force, such as legal tender laws. Again, this requires the state.

This line of reasoning is invalid for currency; it is invalid for justice. Crypto proved that individual consent coupled with an instrument of administration—the blockchain—can create a currency that others accept. The currency needs only the  consent of users, not a broader consensus, and compliance with the blockchain is an automatic matter.

The consensus argument for both currency and justice is more than invalid, however. It is deeply dishonest. For one thing, it is a contradiction in terms. If the administration and acceptance of a “service” relies upon force, then the service is not widely viewed as legitimate; it is widely opposed.

The argument also contains several sleights of hand or sleights of concept. One is how consent and consensus are presented. Consent is equated with legitimacy. This sounds reasonable because, on a personal level, it is. Consent and legitimacy are cause and effect when discussing a person’s willingness to engage in an exchange; a marriage becomes legitimate by saying “I do.” But the legitimacy argument takes a sharp turn when it introduces consensus. At this point, legitimacy is no longer based on individual consent but upon a collective agreement in which individual consent is democratized; the majority wins. The individual loses. As the political satirist P.J. O’Rourke stated “bipartisan consensus. Those are the two most frightening words in Washington. Bipartisan consensus is like when my doctor and my lawyer agree with my wife that I need help.”

The consensus argument rests on geography. Because communities are geographically defined, it is assumed that geographically-homogeneous laws must exist, and they are usually established by some form of majority rule. Binding elections result in politicians—that is, people empowered by consensus—who pass laws that apply to every individual, for example, whether the individual consents or not.

What happens when geography does not define a community and its institutions? Crypto answered this question in at least one area: currency.  Money is no longer restricted to the fiat issued by jurisdictions, which flows through the physical choke points called banks. Crypto decentralizes currency and bypasses the geography of the state.  The key to private law and justice is the same as the key to money: remove the trusted third party by decentralizing control down to the individual.

Justice occurs when everyone receives what they deserve. Libertarian or private law consists of the rules necessary to achieve this end.

The most persuasive theorist on private law may well be the libertarian Randy Barnett, who teaches legal theory and contracts at Georgetown University. In his book The Structure of Liberty, Barnett contends that the adjudication and enforcement of law should be privately administered, with inefficiencies addressed by the free market; an example of the latter in crypto is the emergence of decentralized exchanges to handle conversion problems. Barnett argues that private law is the solution to the corrupting influence that vested interests and power will inevitably exert upon justice.

(Note: how contract law could handle fraud and other acts of aggression will be addressed in subsequent installments. This installment deals with exchange.)

The obstacle over which theories of private law have stumbled is the instrument of enforcement. For one thing, it invites the participation of a trusted third party. The third party in private law would be a free market one and, presumably, it would be restrained by dynamics like the desire to preserve a good reputation. But any model of law that is dependent upon a trusted third party is vulnerable to corruption, incompetence, and other risk factors. The more dependent it is, the more vulnerable it becomes.

The genius of Satoshi Nakamoto was to remove the trusted third party problem from economic exchanges, but the blockchain’s potential extends much further. It has profound implications for contract law.

Some of the Blockchain’s Implications for Contract Law

A transfer on the blockchain is a simplistic peer-to-peer contract, which memorializes the terms for those involved and is seen to be valid by the surrounding community through transparency. It is a voluntary exchange. The blockchain is also an instrument of enforcement that embodies the terms of execution, such as irreversibility, to which both parties have agreed; their agreement is expressed through the willingness to use the blockchain. Thus the blockchain expresses both requirements of libertarian law; it facilitates voluntary interaction and it acts as an instrument of enforcement.

When law is reduced to contracts and their execution, then the code is the law, literally. This sounds simplistic because it expresses the simplicity of private law.

But the peer-to-peer and one-off exchanges offered by the blockchain has limited value for societies that require complexities such as ongoing contracts for rent. That’s where smart contracts (discussed in the previous installment) come into play. The self-executing contracts allow individuals to escape the blockchain’s limitations by setting their own additional terms for an exchange and its enforcement, including provisions for default. Smart contracts are in a primitive stage of development right now, but their social and political significance are clear. They decentralize law down to the individual level by personalizing the terms of agreement and eliminating the need for a third party instrument of enforcement.

This paradigm of law is free of geography, which makes it free of the perceived need for consensus. The blockchain erases borders as it carries the contract that is consent into every jurisdiction of the world. The implications of this are immense.

If every exchange defines and executes its own version of law, and if justice consists of each person receiving what he deserves, then people can code their own version of what is just and many visions of “justice” can exist and self-execute in parallel and peace. One person might conduct daily life through contracts that express Western common law. His Orthodox Jewish neighbor may prefer contracts that embody Hasidic law. Another neighbor may be a communist. If justice is decentralized down to the individual, then rampant diversity is not only possible but also inevitable. In other words, a free market in justice.

The code is not only the law, it is also justice.