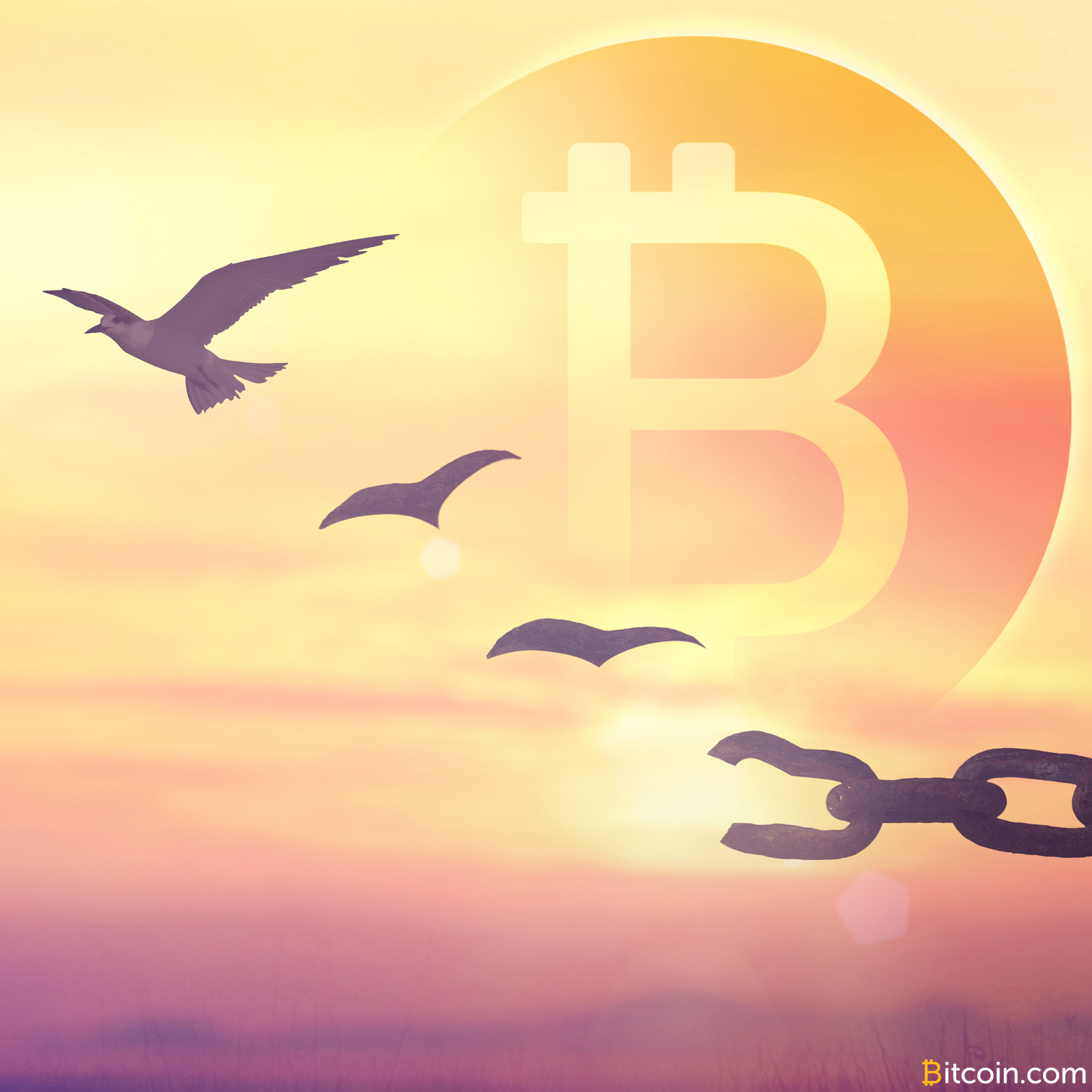 The Satoshi Revolution: A Revolution of Rising Expectations
Section 3: Decentralization
Chapter 7, Part 2. Here, there is no State.

Yet some people argue that decentralization does not exist in crypto. The argument comes from a tension between the original vision of Bitcoin and the hundreds of cryptocurrencies, the hundreds of communities that have arisen. On one hand, currencies like Bitcoin have no coordinated authority, no central management, and there is no one point at which they can fail. On the other hand, many vehicles of crypto are businesses run by a small number of people in a specific location, which bow to government dictates. In short, the technology is decentralized but many expressions of it are not. Adding to the confusion: some of the most prominent actors are centralized exchanges, like Coinbase, that resemble nothing so much as regular financial institutions in their reporting requirements and other demands. They are the type of institution that crypto was designed to avoid.

Which is true of crypto?–is it decentralized, a new form of centralized fiat and banking, or a hybrid?

The answer is “yes.” Cryptocurrencies are dividing into two broad camps, which are politically antagonistic. Things are centralizing in the sense that “mom-and-pop” shops for crypto are less frquent; corporations and government involvement are more common. The dividing line between the two camps is whether the centralization is government-mandated or the free market variety. The first is coercive and the death of crypto as a freedom tool. The second is voluntary, and it is usually a matter of nothing but convenience or efficiency. Free market centralization may well be a poor choice—I suspect it is–but it is a choice. This distinction becomes increasingly important as governments attempt to impose their control on crypto and to paint the free market as an enemy of common decency and the average user.

Individualism is the right of people to say “yes” or “no” to every peaceful decision over their own lives; it is self-determination. “Civil society” is a community of individuals who voluntarily associate with each other for the remarkable advantages that society offers. Civil society is the natural community that evolves when people meet to trade, consume, form personal relationships, and otherwise benefit from the presence of others. It is often contrasted with political structures that are imposed on civil society in the form of regulations and power hierarchies. In short, government. These structures strip away the voluntary aspect of civil society and impose the will of those in power on those who are not. They slowly remove the benefits of society from the individual.

The key to retaining those benefits is not merely voluntaryism but also decentralization. Decentralization occurs when power disperses from a central authority down to a more local level. The most local level possible to power is the individual, from whom all rights derive. Every human being, simply by being human, has proper jurisdiction over his or her own body. Every right that exists—freedom of speech, freedom of religion, freedom of conscience—belong exclusively to individuals. It does not even make sense for a committee or an elected body to have freedom of religion. What would that mean? Would they hold a vote on whether God exists? Would a minority who voted “yes” need to become atheists after the committee adjourned?

The decentralization of power means that everyone decides such peaceful matters for themselves, according to their own conscience and their own perceived self-interest.

The brilliance of Satoshi Nakamoto was to reweave the fabric of financial freedom by offering a decentralized means by which individuals could control their own wealth, the product of their own labor. This means control of their own lives. They had the choice to submit to centralized banking or to avoid it.

Financial well-being is too quickly dismissed or disdained as people “wanting to make a buck” or putting money before morals. The opposite is true. Earned wealth is independence, self-respect, the ability to feed families, and the means by which people advance on merit. The free exchange of wealth, including trade and charity, holds civil society together. Bitcoin was not perfect, but it was an incredibly impressive and successful attempt to decentralize financial power down to the level of individuals.

Those in power are pushing for one thing: the coercive centralization of cryptocurrency—under their own fingers, of course. They want centralized exchanges, government-issued crypto, management by central banks, regulated procedures, tax laws, and the prosecution of rebels. Whether they succeed depends on how strong the spirit of individualism is within crypto; how strong is it within individual users?

A Nod to Henry David Thoreau

How does an individual deal with morally intrusive government? The solution is quite simple: throw government out of your life. That’s what Thoreau did.

Thoreau’s most famous political tract is Civil Disobedience. It was his response to a 1846 imprisonment for refusing to pay a tax that violated his conscience. Not that Thoreau was embittered by his brief imprisonment. Near the end of his life, he was asked, “Have you made your peace with God?” Thoreau replied, “I have never quarreled with him.” For him, that would have been the real cost of paying the objectionable tax; it would have meant quarreling with his own conscience, which was akin to quarreling with God.

Civil Disobedience ends on a happy note. After Thoreau’s release, the children of his hometown urged him to join a hunt for huckleberries. Huckleberrying was one of Thoreau’s valued pastimes, and his skill at locating fruit-laden bushes made him a favorite with children. He ended his chronicle of imprisonment with the words, “[I] joined a huckleberry party, who were impatient to put themselves under my conduct; and in half an hour…was in the midst of a huckleberry field, on one of our highest hills, two miles off, and then the State was nowhere to be seen.”

The State was nowhere to be seen. This is the legacy of Thoreau and Satoshi for those who wish to grasp it: the State is nowhere to be seen if you are willing to cast it off. Thoreau, in his joy of running with all the other children, knew that his imprisonment was not real. The huckleberry hunting was real. Indeed, he referred to the joy of everyday life as “the business of living.”

Cryptocurrency is profoundly anarchistic because it allows users not to see the State, if they so wish. Although the preceding may sound like an unacceptably radical statement, most people reading this article already have a deep commitment to anarchism.

The Anarchism of Everyday Life

An easy way to grasp how anarchism functions is to realize that it is the principle upon which most people conduct their daily lives. Without realizing it, they live without the state.

When a person wakes up in the morning, it is not the law that makes him feed his children rather than allowing them starve to death. No bureaucrat makes him kiss his wife rather than beat her to a bloody pulp. When he carpools with friends, it is not the presence of a policeman that restrains him from picking their pockets; the theft does not occur to him. As he moves through the day, no regulation is required for him to pay for the cup of coffee he orders. As he walks down the street, he doesn’t punch or rape random strangers. When he drives his car, it is not fear of the State that prevents him from veering onto the sidewalk to mow down children under his wheels.

Two things prevent him from doing so. First and foremost is personal responsiblity, the natural bonds of humanity, and a moral conscience. A strong second reason is the presence of civil society, which offers a daily incentive to act well. It is from civil society that men acquire habits that come from the rewards of cooperation. In short, most people already deal with each other as though they live under anarchy.

Cryptocurrency is not an ideal vehicle. It is an evolving tool and the very best currency available for freedom.

Whenever someone uses crypto in a private, decentralized manner, they are saying the same thing as Thoreau: here, there is no state. Here, there is only the personal.