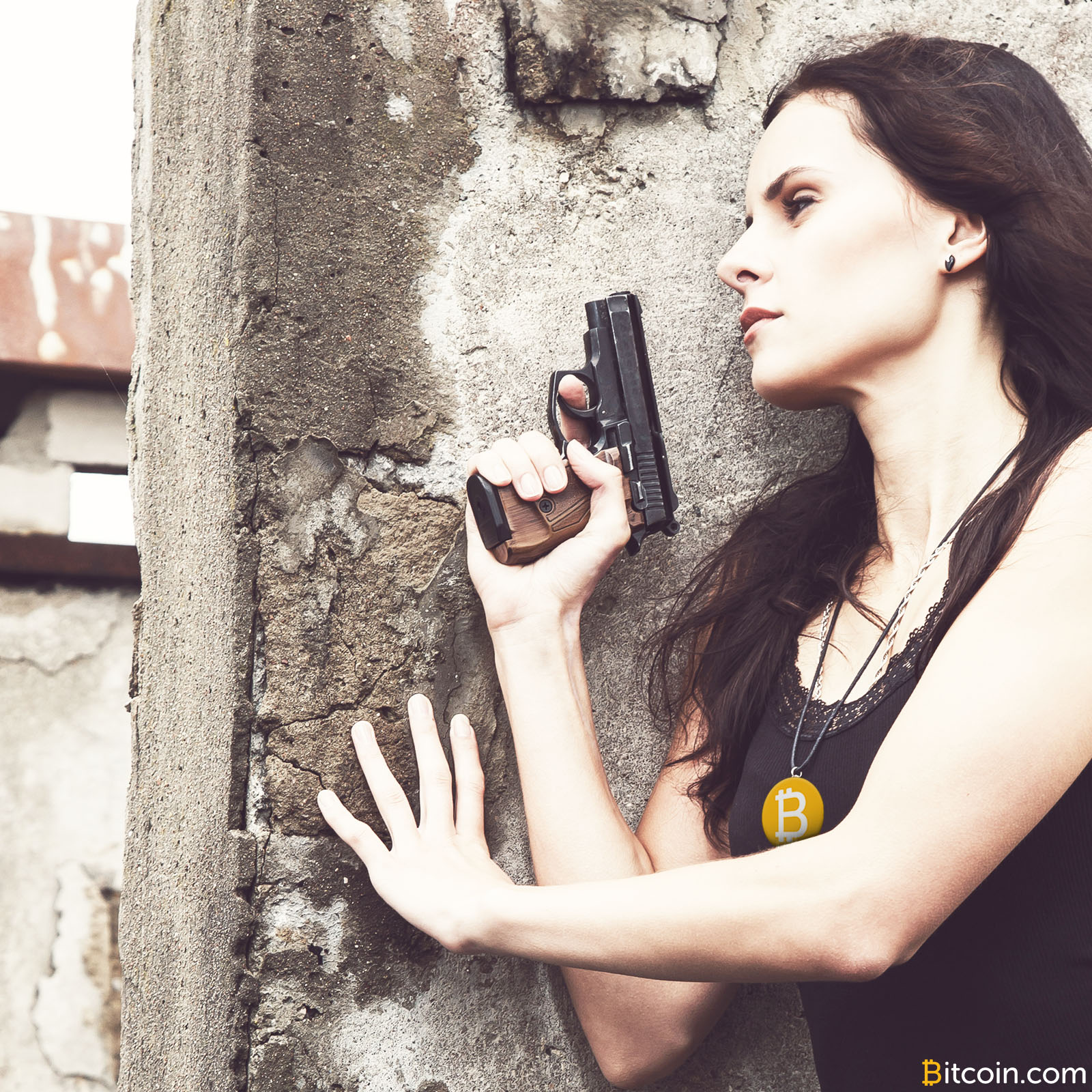 The Satoshi Revolution: A Revolution of Rising Expectations.
Section 2: The Moral Imperative of Privacy
Chapter 6: Privacy is a Prerequisite of Human Rights

Silence and Soul in the Crypto Cold War: the Evolution of Privacy. Chapter 6, Section 3.

“It was terribly dangerous to let your thoughts wander when you were in any public place or within range of a telescreen. The smallest thing could give you away. A nervous tic, an unconscious look of anxiety, a habit of muttering to yourself–anything that carried with it the suggestion of abnormality, of having something to hide. In any case, to wear an improper expression on your face (to look incredulous when a victory was announced, for example) was itself a punishable offense. There was even a word for it in Newspeak: facecrime, it was called.”

Cryptography and its offspring, cryptocurrency, are antidotes to Oceania–the dystopian society depicted in George Orwell’s novel 1984. The Orwellian culture is designed to eliminate privacy in order to make nonconformity and dissent impossible. In breaking the spirit of its citizens, Oceania denies them individuality and their humanity.

Privacy is under attack for reasons similar to those in Oceania. Without privacy, political and social dissent becomes difficult to impossible to express—a situation that favors government. Total surveillance is the cornerstone of total social control. Totalitarian regimes rely upon secret police, surveillance, induced compliance, snitches, and massive data banks to assert their authority. The challenge is not only to make people obey but also to create an environment that discourages the emergence of dissent in the first place; less violent methods are preferred because they arouse less backlash. A side effect of such repression is the destruction of diverse thoughts and feelings, which strips people of their humanity.

Government needs to win the Cold War on privacy; its ability to command depends on it. Cryptocurrency is a special target because it threatens the central banking system and fiat currency, upon which elite power is propped. Government is beginning to realize that it could trip and fall over cryptography. Many believe it already has.

A common battle tactic of government is to announce victory, whether or not the facts support it. Privacy is dead beyond resurrection, it claims. The contention is odd. If privacy is dead, then why do authorities pour ever more resources and legislation into making sure no one secretly commits illegal acts (with “illegal” meaning “peaceful acts of which
the government disapproves”)? The constant enforcement and reinforcement means that the battle for privacy is still raging.

Another tactic of government is to shift blame for the wrongs it commits; it finds a scapegoat. In the crypto war, technology is blamed for the inevitable devastation of privacy. Even critics of surveillance tend to point an accusing finger at technology as the destroyer of privacy. In his article “Big Brother is Watching,” civil-rights activist Tom Head argued, “as technology improves, privacy as we know it will inevitably evaporate; the best we can hope for is the power to watch the watchers.”

Privacy as we knew it may well be over; potent technologies are being used both to spy on and to preserve data. But, just as the practice of free speech evolves in reaction to technology, the practice of privacy is transforming. And metamorphosis is not death. The shape of privacy’s future will depend on two factors: a change in social habits; and, the use of technology in self-defense against technology that is used as a weapon.

The evolution of social habits is underway, as pop culture reveals. Consider the 2016 Grammy-award winning song by Meghan Trainor, “NO.” Jeffrey Tucker, founder of the CryptoCurrency Conference, unpacked the significance of the song. He wrote, “The etiquette of information sharing in the age of social media has dramatically changed in the last decade. Maybe you have noticed. Most anyone under the age of 30 is wisely cautious about giving his or her full name to strangers. Why? With just a few data points – full name, place of business, hometown – anyone can discover more than ever, and gain access to messaging portals. This is why most social engagements today take place on a first-name-only basis. Here we have a great illustration of how our social mores adapt to technological changes.”

Head is also incorrect in stating that “…the best we can hope for is the power to watch the watchers.” Much more can be done. Individuals are not defined by their passive relationship or reaction to government. By nature, individuals are not watchers, but doers. As important as it is to watch government, it is more important to design tactics and technologies to make government’s power obsolete in people’s lives.

Moreover, technology is not to blame for social conditions. Technology is merely a tool. It is no more responsible for an erosion of privacy than guns are responsible for a declaration of war. Government is to blame for how it uses technology. (Businesses can be invasive, certainly, but they generally require some form of consent, and people can refuse to associate with them.) Shifting the blame to technology is a valuable ploy for government, however, because It distracts people from who or what is actually violating their rights. It imbues people with helplessness or a paralyzing ambiguity toward an inescapably invasive juggernaut that also brings great benefits. It pits technology against privacy, which makes people distrust the single best chance they have for protection against government overreach.

No. Technology is not to blame; as a tool, it is has become a key part of every solution. Privacy is not dead; it is evolving. And individuals should define their own futures, not merely “watch the watchers.”

The Promise of Cryptography

Cryptography is a method of distributing and storing information in a manner that is inaccessible to those who do not know how to decode it; often, the only ones who can do so are the sender and the receiver. As a privacy tool, cryptography dates back, at least, to the perfection of hieroglyphics by the ancient Egyptians. Its long history testifies the value cryptography offers human beings.

But the social impact of cryptography has changed dramatically. Elites used to be the primary beneficiaries. Modern cryptography is heavily weighted toward empowering individuals.

When cryptography was the tool of rulers and elites, it was embraced by them.  Government funded military and law enforcement agencies that used it, purchasing the massive computers that ordinary people could not afford. The elite monopoly was cemented by the public’s deep ignorance of the intimidating technology.

Then, 1970 brought a game changer. Financial tech journalist Jamie Redman explained, “In 1970, James Ellis, a cryptographic expert…produced the theory of ‘non-secret encryption’ — which is now known as public-key encryption….This form of cryptography showed a new class of cryptographic algorithms, which required two separate keys to cipher and decipher.” Privacy was privatized. Breakthroughs, like Pretty Good Privacy (PGP), sped the process along. Developed by encryption expert Phil Zimmerman, PGP is a user-friendly form of data communication that vastly enhances the security of e-mail transmission. Cryptography no longer belonged to government; it belonged to the people.

Government’s business model, so to speak, was set on its head. For government, this is the Orwellian world: a society of people who do not need rulers and know it.

“The thing that he was about to do was to open a diary. This was not illegal (nothing was illegal, since there were no longer any laws), but if detected it was reasonably certain that it would be punished by death.”

The character arch of 1984‘s protagonist, Winston Smith, symbolizes the discovery of individualism. The diary symbolizes freedom of speech and conscience, which are essential to a sense of self. Winston considers the journey toward himself to be so important that he risks death to pursue it. He wants to think and reach conclusions for himself. As Orwell once said, “Freedom is the freedom to say that two plus two makes four. If that is granted, all else follows.” Big Brother destroys Winston for the attempt. He is tortured into nothingness, into a no one who cannot even escape oppression in dreams, which had been his only remaining outlet of pure self.

1984 is the most extreme expression of the total surveillance state. It is rarely necessary to go that far to stifle dissent. But every infringement of privacy comes at the expense of the human spirit. A word is not spoken, a thought is not formed, a feeling is not expressed…then, one day, the inner silence becomes an automatic habit of self-censorship. People no longer question. Perhaps, they no longer notice that they no longer question. They have developed the habit of ceasing to be an individual.

Two views of privacy vie with each other in the Cold War.

The government view: privacy has been killed by technology, so the War is effectively over. Government’s victory is for the best, because only criminals want privacy. What average people need is protection from those criminals. The intangible and already dead thing called privacy is a small price to pay for safety.

The cryptoanarchist view: “Computer technology is on the verge of providing the ability for individuals and groups to communicate and interact with each other in a totally anonymous manner. Two persons may exchange messages, conduct business, and negotiate electronic contracts without ever knowing the True Name, or legal identity, of the other. Interactions over networks will be untraceable…. Reputations will be of central importance, far more important in dealings than even the credit ratings of today. These developments will alter completely the nature of government regulation, the ability to tax and control economic interactions, the ability to keep information secret, and will even alter the nature of trust and reputation. “– Timothy May