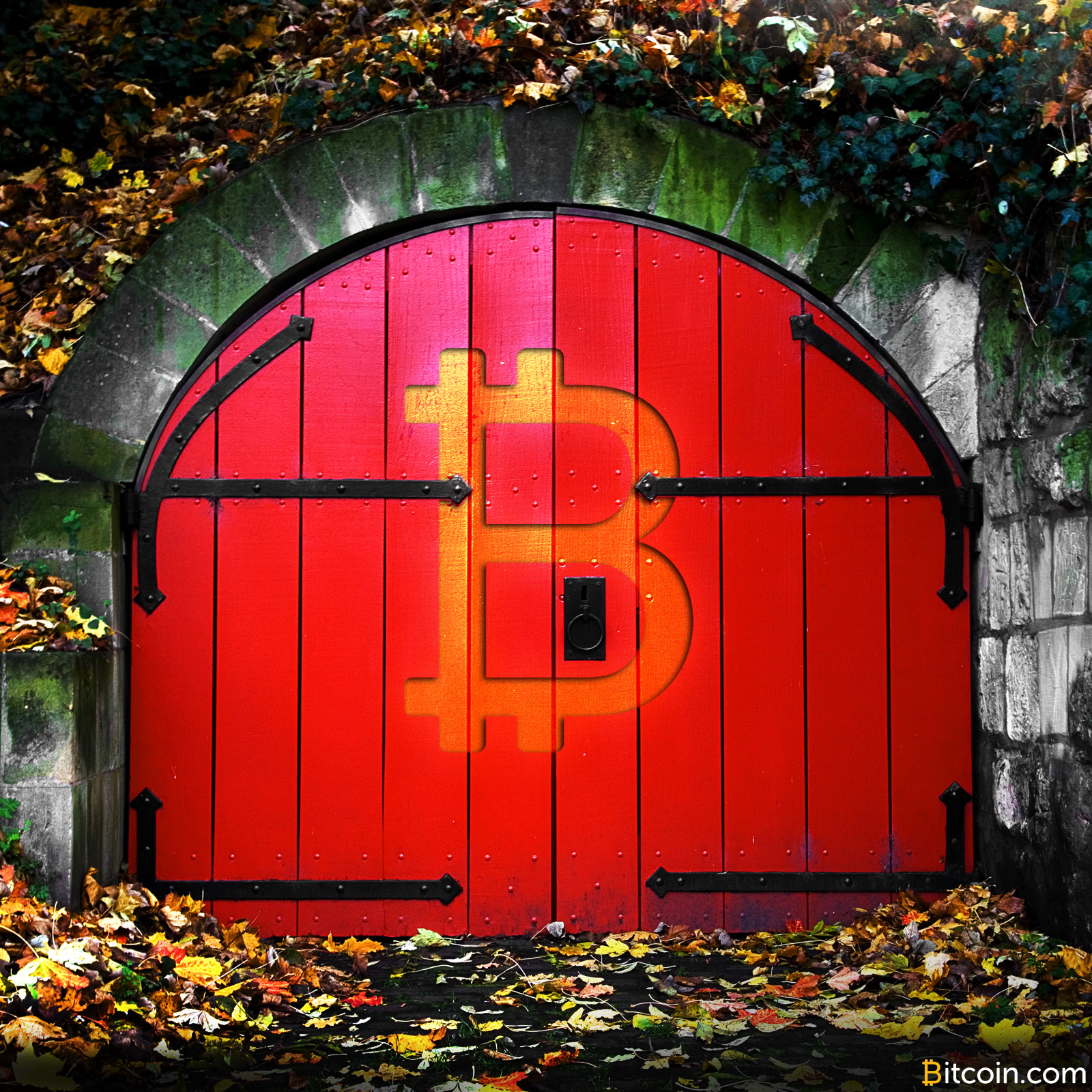 The Satoshi Revolution: A Revolution of Rising Expectations
Section 5: Saving the World Through Anarchism
Chapter 11, Part 2
The Double C-Word in the Private Sector

The first rule of the politics of fear is that if you want to make something sound scarier than it actually is, you add the word ‘culture’ at the end of it. — Brendan O’Neill

“Crypto culture” is under attack by a theory that has been shaping society since before the term existed.

Crypto culture refers to the socially transmitted behavior, beliefs, and institutions that characterize the cryptocurrency community. The theory is epitomized by the slogan “the personal is political.”

This slogan yanks off the door separating the personal and political, the private and public spheres. When closed and locked, the door protects peaceful individuals from interference by so-called “trusted” third parties, primarily the state. The protection is known by different terms: individual rights, “a person’s home is his castle”, society versus the state, and personal freedom. When the door is removed, however, only the political sphere remains. Without constraint, the trusted third party problem entangles itself into most personal decisions, and pervasively so. The state dictates the details of daily life, down to the food that grocery stores may sell you.

The extent of the political sphere’s domination is apparent with regard to lifestyle beliefs that used to be personal choices but now are legally punishable. Why? Because they are politically “wrong.” The refusal to associate with homosexuals or other “marginalized” groups is an example. The trusted third party replaces the right of free association with laws that mandate who can be hired or who may demand a cake from a baker.

“The personal is political” is equally at play in economic beliefs and practices, such as the anonymous use of crypto or decentralized exchanges. The state replaces the personal choice of how individuals can deposit and spend their own money with laws that define what is a financial institution and what constitutes money.

The basic question is not whether the personal beliefs or their expressions are accurate; many of them will not be. The question is: who decides? With peaceful choices, civil society answers “the individual” because people have the right to be wrong with their own bodies and property. The state disagrees and authorizes itself to decide because, it claims, people have no right to be wrong if their beliefs or actions negatively impact society.

What is “The Personal Is Political”?

It is difficult to overstate the disastrous impact of this slogan upon individual liberty over the last few decades.

The specific wording arose in the ‘60s and ‘70s, although the concept was nothing new. Under a banner reading “the personal is political,” gender feminists argued that the traditional family was the root of white male culture (patriarchy), which was the root of women’s oppression. Marriage might seem to reflect the personal choice of women, but the environment or brainwashing of patriarchy determined the “choices” available to a fresh generation of women; like their mothers, they would be subservient, eschewing higher education and careers. Society would continue under white male control. In other words, gender feminists defined and demonized the personal (the family) as political (white male culture). Marriage became an act of force and an institution to be dismantled.

The preceding reflects a basic political pattern. A personal choice is perceived to have the “wrong” political or social impact. Thus the choice itself is dismissed or demonized in order to push aside considerations of human rights and preference. The “problem” is converted into an adjective and attached to the word “culture”: white male culture, rape culture, gun culture, racist culture. The term becomes a catch-all for the unacceptable attitudes and behaviors that are said to dominate an objectionable culture. Because the attitudes and behaviors are deliberately demonized, moral condemnation becomes a foregone conclusion, with political censure or control close behind. The good of society is given priority over individual choices. The institutions that enable the demonized “choices” are targeted to be deconstructed and reconstructed. The state is the construction company. Everything personal about the issue is now political. That is, decisions are no longer up to the individual; they are matters of state.

Crypto confronts a similar manufactured problem and political dynamic. The choice of individuals to host wallets and conduct transactions on their own computers seems to be a private matter. But to some, their choices have the “wrong” political impact on the money monopoly of banks and the state. Thus the choice itself is demonized by associating it with drug dealing, human trafficking, hacking, money laundering, scamming, tax evading, and terrorism. Crypto becomes a culture of unacceptable choices rather than a technology or an individual preference. The good of society is given priority over the individual choices of outlaws. Can political censure or control be far behind? No. Institutions that enable the anti-social “choices” are targeted for deconstruction and (sometimes) reconstruction. The state is the construction company. Everything personal about the issue is now political. That is, decisions are no longer up to the individual; they are matters of state.

Lost in the cultural caricature is the truth about individual users, most of whom are peaceful individuals who are trying to preserve their wealth and privacy; the narrative of personal choice does not advance the political agenda to demonize crypto. The fewer human faces that are attached to the state’s repression, the better it is for the trusted third party.

The flow of “the personal is political”:

Crypto’s Ability to Restore the Personal

The latest generations cannot remember when bank accounts did not need a social security number; large deposits or withdrawals did not require justification; the ability to bank was not used as social control. The personal used to be personal—at least, to an enormously greater extent than it is now. Perhaps the rise of technology and data processing crashed open the door between the private and the public.

If so, technology redeemed itself through Bitcoin. Cryptocurrency allows individuals to return to a world of financial privacy in which they are autonomous bankers, with no questions asked. It offers unparalleled control along with the old world charm of privacy. Blockchains and wallets do not ask for two forms of ID; they are indifferent to the purpose of a transaction; they could care less about how the wealth was earned. Crypto once again closes the door between the personal and political; indeed, it slams the opening shut.

Crypto provides an interesting way to understand the difference between the personal and political, to understand why the private realm needs to be zealously defended against the public one.

The private sphere in life and crypto in finance are direct parallels. In both, the personal is peer-to-peer, even though a society can build around this. Crypto consists of individuals and the institutions through which the individuals interact, such as the blockchain, decentralized exchanges, forums, and personal networks. People voluntarily enter transactions and stay within institutions according to what they value and how long they value it. People’s interactions impact each other, for good or ill, but they are voluntary; they are not acts of violence. When violence does occur—usually in the form of fraud—the community unites in condemning it and seeks ways to avoid it in the future.

By contrast, the public sphere of crypto—state-sanctioned currency and institutions—is controlled by a “trusted” third party. It consists of individuals, interactions and institutions being filtered for conformity to the state’s standards. People come and go depending on whether they are sanctioned to do so. The state’s rules impact everyone, and no one is free to disregard them without risking violence against which there is often no practical remedy. The state attempts to deconstruct and reconstruct the free-market institutions of crypto in order to produce a “correct” political outcome.

The path to anarchy can be viewed as nothing more than a return to the private sphere, which is a peer-to-peer network based on consent. Anarchism declares that “the personal is personal,” and it always has been. Anarchy and “the personal” can humanize society again.

Reprints of this article should credit bitcoin.com and include a link back to the original links to all previous chapters.